Laila Lalami is well known for her extraordinary fiction; she is the author of the novels Hope and Other Dangerous Pursuits (Algonquin Books, 2005), Secret Son (Algonquin Books, 2009), and The Moor’s Account (Pantheon, 2014), the most recent of which appeared on the longlist for the 2015 Man Booker Prize and was named a finalist for that year’s Pulitzer Prize. But she is equally well known for her sagacious literary criticism and writings on politics and culture. Over the past thirteen years she has written book reviews for a wide array of outlets, including the New York Times, the Los Angeles Times, the Chicago Tribune, and the Boston Globe. Lalami reviewed fiction and nonfiction for the Nation from 2005 to 2016, at which point she started writing the Between the Lines column for the magazine. Since 2016 she’s also been a critic-at-large—along with nine other writers, including Alexander Chee, Marlon James, and Viet Thanh Nguyen—for the Los Angeles Times, where she writes mostly about the literary life. Lalami, who was born in Rabat, Morocco, and educated there as well as in Great Britain and the United States, is likewise highly regarded because of her popular literary blog, Moorish Girl, which she launched in 2001 and, after the publication of Secret Son, folded into her website, lailalalami.com. She currently teaches creative writing at the University of California in Riverside. You can follow her on Twitter, @LailaLalami. 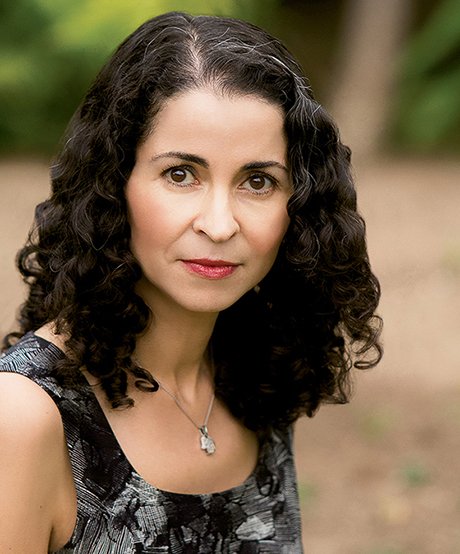 You got your start writing for the Oregonian in 2005, reviewing books by Reza Aslan, Luis Alberto Urrea, Salman Rushdie, and Zadie Smith. What path led you to literary criticism, and how did that relationship with the Oregonian begin?
At the time I had just moved to Portland from Los Angeles and was working on my first collection of short stories. It was a lonely time in my life—I knew perhaps two or three people in the entire city—so the book section of the Oregonian became a kind of conversation I missed having about books. I also had a literary blog where I wrote about stories or novels I was reading, and that helped me broaden my reading interests. I think I was drawn to criticism because it gave me an opportunity to articulate what I thought about a piece of writing—what it tried to do, whether it succeeded, and, if so, how it succeeded. But the only way to find out if I could do it was to give it a try. So I wrote to Jeff Baker, who was the book review editor for the Oregonian, and asked if he might be interested in having me write about a book I’d just finished. It was slated to be published the following month, so it was already assigned, but he looked up some of my writing on the blog and asked me if I was interested in Luis Alberto Urrea’s The Hummingbird’s Daughter. Before that review came out we were already talking about doing a piece on Reza Aslan’s No god but God. Some weeks later Adam Shatz, who at that time was the literary editor of the Nation, asked me if I would be interested in reviewing for the magazine. This gave me the opportunity to write longer pieces on the work of Tahar Ben Jelloun, J. M. Coetzee, Joan Scott, and Percival Everett, among many others.

You’ve also published many essays and opinion pieces over the years—including multiple pieces for the New York Times Magazine, the Nation, and the Los Angeles Times. How does your literary criticism inform your political and cultural analysis, and vice versa?
When I write literary criticism, I try to be open to the premise of the work, to discover what the intention was, and whether that intention was fulfilled in the text. I examine the choices that have been made, in terms of characterization or point of view or tone, and whether these choices were effective. I think of it as a journey of exploration into another writer’s mind. But the essays I’ve been writing for the New York Times Magazine involve turning the appraising gaze inward. Often I use my own experiences to explain or inform how I view a particular subject, whether it be the building of a wall along the border with Mexico or the Trump administration’s executive order on immigration. I’m also now a columnist for the Nation, and that of course means building an argument while also advocating for a particular position or a given policy. But what all these forms of writing have in common, for me, is the imperative to place the subject within a very clear context for the reader and to be intellectually honest about it.

What sorts of things influence you when deciding whether or not to review a book?
Three things: time, contribution, ethics. I have to balance my writing and my teaching with all of my other commitments, so typically the first question for me is whether I have the time to read and think about the book thoroughly. The second question I ask myself is whether I have anything useful to contribute to the conversation about it. Would I be a good reader for this particular book? And the third question is: Can I be fair about it? I don’t do reviews if there’s an ethical conflict with the author, if we’re friends or colleagues.

You review both fiction and nonfiction. Do you have a preference for one over the other?
No. I really enjoy doing both because they’re so different and make me grow as a reader and as a person. When I review nonfiction I tend to do a lot of background research, which takes up a lot of time. With fiction I don’t need to do much research for the review, but I usually end up reading related things, like other books by the same writer.

Do you have a favorite book review you’ve written?
That is a tough question! I enjoyed writing about Salman Rushdie’s memoir Joseph Anton for the Nation. The review I heard the most about from readers—and still do, ten years later!—was a piece I did on Ayaan Hirsi Ali and Irshad Manji’s books, also for the Nation.

When you’re reviewing a new book from an author with previous books to his or her name, do you read the author’s backlist as well?
Oh yes. This is what I meant earlier when I said that I try to place the book in a clear context. I take note of the book’s literary antecedents, by which I mean works that might have informed it or influenced it. I also read the author’s previous books, to see how they might relate to the one under consideration.

You’ve reviewed graphic memoirs by Alison Bechdel, Marjane Satrapi, and Riad Sattouf. Can you reflect on the differences between reviewing this increasingly popular literary genre—work that is just as much visual as textual—and work that is entirely textual?
Comic books and graphic novels were a huge part of my life when I was growing up, so I’ve always had a soft spot for them. My husband has a significant comic book collection, so they’re always around the house. Still, I fear I am more limited in this genre because I don’t have visual arts training, and I try not to take on an assignment unless I’m really drawn to the subject matter.

Having published three works of fiction, you must know well the hopes and anxieties authors have about book reviews. How does it feel to be operating from the other side, as a critic?
It’s not easy. But I also know that the act of reading is by its nature biased: Each reader brings his or her own literary background and personal experiences to the act of interpretation. When I work on a review I try to keep in mind that my first responsibility is to readers: It’s my job to tell them about the book, what it has to say about the world, and how well I think it does this.

The literary industry and the literary media landscape have changed considerably since you began publishing. The detrimental effects are well chronicled; are there any changes you’ve noticed that you find positive?
It seems to me the entire landscape changes every five years. But I think one positive development is that the barriers for entry are a lot smaller now than they used to be. The literary conversation takes place mostly online, but anyone can set up social media accounts and instantly connect to other readers, writers, and critics. It’s never been easier to research agents or literary magazines or story contests than at the present moment. Unfortunately this hasn’t had much of an impact yet on the well-documented inequities in the publishing business. We need change there, too.

If you could change one thing about the book-reviewing process or the world of book criticism, what would it be?
I would love to see more effort and rigor in criticism of books by writers of color. There is a tendency, among certain critics, to treat writing by white writers as literature and writing by writers of color as ethnology. A lot of space is devoted to the scrupulous tallying of cultural detail and relatively little to literary choices made by the writer. I also wish that American critics would try to read a bit more world literature and literature in translation.

You’re active and quite popular on social media. How useful do you find it as a critic and as a writer?
As a writer I’ve found it to be a disturbingly effective procrastination tool. Never is the temptation to tweet stronger for me than when I’m on my second cup of coffee and it’s time to start working on my manuscript. A few years ago I bought software that blocks the Internet for up to eight hours, and I really don’t know what I would do without it. As a critic, though, I think social media can be quite dangerous. A place with so many opinions makes it hard to maintain independent thinking.

Which book critics, past or present, do you particularly admire?
So many. I came across the work of Edward Said and Chinua Achebe when I was in graduate school, and their criticism was at once a revelation and an inspiration for me. I’ve also learned a lot from Ngugı wa Thiong’o and James Baldwin. I still return to Toni Morrison’s Playing in the Dark because she’s so incredibly perceptive. Among the younger critics, I often read Parul Sehgal, Michael Gorra, and Pankaj Mishra.

What books that you aren’t reviewing are you most looking forward to reading in the near future?
I’m really excited about Zadie Smith’s new collection of essays, Feel Free. I really loved her previous book of essays. In fiction I’m looking forward to Denis Johnson’s The Largesse of the Sea Maiden, Tayari Jones’s An American Marriage, and Lauren Groff’s Florida.

The books editor at O, the Oprah Magazine discusses how she got her start in the literary world, the selection criteria behind Oprah’s Book Club picks, and her favorite books of the year.

The digital deputy editor of GQ discusses his Best Books of the Month feature and the state of diversity in publishing.