Parul Sehgal is a senior editor and columnist at the New York Times Book Review. Previously she was books editor at NPR and a senior editor at Publishers Weekly. She grew up in Washington, D.C., Delhi, Manila, Budapest, and Montreal, where she studied political science at McGill University, and moved to New York City in 2005 to study fiction in the MFA program at Columbia University. In 2010 she was awarded the Nona Balakian Citation for Excellence in Reviewing from the National Book Critics Circle. Her TED talk on literature, titled “An Ode to Envy,” has been viewed more than two million times since it was posted in the summer of 2013. 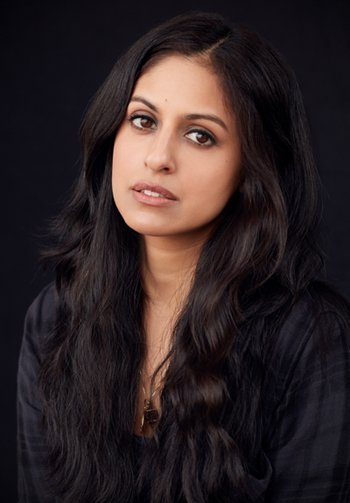 What was your path to becoming a literary critic?
Random and inevitable. I’ve written a bit about how books were a highly controlled substance in my childhood home. My mother had a marvelous, idiosyncratic library—lots of André Gide, Jean Genet, and Oscar Wilde, lots of philosophy, and lots of Jackie Collins. But she was terribly strict, and the library was off-limits to us. Naturally my sister and I became the most frantic little book thieves; I must have spent the first decade of my life with a novel—and usually something massively inappropriate like Judy Blume’s Wifey or Gore Vidal’s Myra Breckinridge—stuffed in the waistband of my pants. Reading was an illicit, compulsive, and very private activity for me; discovering criticism—in the Washington Post Book World—opened up a whole world. I suddenly had interlocutors. It was thrilling.

More prosaically—and to the point—I needed a job after graduate school, and Publishers Weekly was hiring. From there I started freelancing for a number of places: Bookforum, Slate, the New York Times Book Review. I just got addicted to the form, its constraints and possibilities. Book reviews remind me of that great Zoë Heller line about kissing: It’s about trying to be creative in a limited space.

Has your background in creative writing informed your work as a literary critic? Do you think literary criticism as a practical pursuit can be taught, and do you think it should be in MFA programs?
It has given me a huge admiration for fiction writing. It’s lonely and difficult work, and I think having attempted it helps me treat books with care and respect. I found MFA workshops enormously helpful too, but not for the expected reasons. I don’t think they made me a better writer, but I learned how a certain class of people talked about literature. There was a whole depressing vocabulary: about reader “investment,” about how certain effects were “achieved” or endings “earned.” Has anyone written about when and why so much finance jargon has migrated into fiction classrooms? As for whether criticism should be taught, why not? Good criticism can refresh our responses. Last year I taught a class on criticism at Columbia that was largely devoted to unlearning boring, clichéd, or, worse, fashionable ways of thinking about books. And given how difficult the world is for young writers, why shouldn’t myriad kinds of practical writing be taught in these programs—book reviewing, grant writing, copyediting?

Talk a little bit about your role at the New York Times Book Review—what kinds of books do you oversee, and within those categories, how many books do you look through on a weekly basis?
I live in the shadow of wobbly stacks of books…who knows how many? I shudder to count. I handle a variety of topics: some fiction, lots of nonfiction—science, technology, philosophy, psychology, nature, and religion.

Other than your interest in a particular author, what sorts of things influence you when selecting a book for coverage? Do relationships with editors and/or publicists help? What about blurbs and pre-publication reviews?
I look at everything—blurbs, trade publications—but it really comes down to sitting with the book and reading those first few pages or chapters, waiting for a voice and argument to emerge. I don’t think relationships in publishing do much to influence my thinking, but there are a few editors I really admire, who have interesting minds and interesting taste: Fiona McCrae and Jeff Shotts at Graywolf, Eric Chinski at FSG, Ed Park at Penguin Press. I’m always curious to see what they’re up to.

You write Roving Eye, a brilliant New York Times Book Review column devoted to international literature. What was the genesis of this column? Considering that international literature by and large gets such short shrift in U.S. culture, do you see this column as a corrective of sorts?
Thank you! All credit to the editor, Pamela Paul, who’s a champion of international literature. I think the column is partly a corrective—but that sounds so dry and dutiful, no? I like to think of it as a way for readers to discover not only books in translation but books that are exploring some terrain or technique we might not have encountered—as with the Lebanese writer Rabee Jaber, who is so much more sophisticated on terrorism and political violence than any American writer I’ve read, or the French writer Virginie Despentes, who has created a genre of her own—queer, punk, feminist, screwball noir.

You also write for the New York Times Magazine—several essays for the First Words column on language, and in late 2015 you profiled the wonderful Mary Gaitskill—and you’ve written critical work for other publications, including Bookforum, where you’ve written about Zadie Smith, Maggie Nelson, Claudia Rankine, Lorrie Moore, and Anne Carson. Will we be seeing more of this kind of work from you?
I hope so. I have wonderful editors at Bookforum and the New York Times Magazine—the great Michael Miller and Sasha Weiss—who let me, and on occasion push me, to veer off course and try something new. I’m very lucky in this way. And I love author profiles and essays on language not least because I’m always looking for ways to smuggle in book criticism where people don’t expect it. Book reviewing can get a bad rap as glorified book reports, when it really is this amazing instrument, this vocabulary of pleasure.

In an interview with the Columbia Daily Spectator, you mentioned that when you’re reviewing a book you read it twice, and then “The third time, I kind of dip in and out of it as I’m actually writing the review…and often as I’m writing, my opinion of the book radically changes.” I find this fascinating. Is this system unique to you, or is it somewhat prevalent among book critics? And do you find it at all frustrating—or perhaps rewarding—when your opinion about a book changes during the process of writing?
I suspect most reviewers experience this to some degree. It’s what makes it interesting, the process of self-interrogation: Why does that character please me? Why does she feel so real? What makes someone seem “real” in fiction anyway—and just what kind of achievement is it? It’s a conversation with the self, with one’s own tastes and biases—or it is for me at any rate. There’s something Cezanne said that I think about a lot, something like, “I know what I am looking at, but what am I seeing?” That’s what reviewing feels like to me. It’s very much to “re-view,” to see again, to try to see farther and see deeper.

Social media: helpful or a hindrance?
Neither—an occasional pleasure. I’m not really on social media; I’m only on Twitter and that only nominally. I’m too secretive and long-winded and erratic in my habits—but how I love to eavesdrop.

In your NBCC speech you said, “A review is someone performing thinking, and our finest reviewers are, to my mind, no less remarkable than our finest athletes: What do they do but exercise their precision, subtlety, and stamina for our enjoyment?” Aside from your esteemed colleagues at the New York Times, who do you think are some of our finest reviewers working today?
Kathryn Schulz is almost upsettingly good, isn’t she? Who else can move so effortlessly between science and literary fiction? She has the range. And I think she’s one of the few white writers I know who consistently and interestingly thinks about race. Kevin Young is a genius. I think Dayna Tortorici is an extremely fine and precise thinker, and I wish she’d review more. The Irish critic Mark O’Connell can’t write a boring sentence. I love Steph Burt’s mission to find and defend the new. And then, of course, there’s James Wood. I’ll never forget reading him on how Orwell possibly cribbed a detail from Tolstoy—a man about to be executed adjusting a blindfold that was tied too tightly. I was unspeakably envious. To be on such intimate terms with these books—what could be better?

Michael Taeckens has worked in publishing since 1995. He is a literary publicist and cofounder of Broadside PR (broadsidepr.com).