Kevin Nguyen is the digital deputy editor of GQ, where he writes about books, music, and popular media. He grew up outside of Boston in the 1990s and attended the University of Puget Sound in Tacoma, Washington. Since moving to New York City five years ago, he has run the Best Books of the Month feature at Amazon and was editorial director at Oyster, “the Netflix for books,” then Google Play Books after the tech giant acquired Oyster in 2015. He can be followed on Twitter, @knguyen. 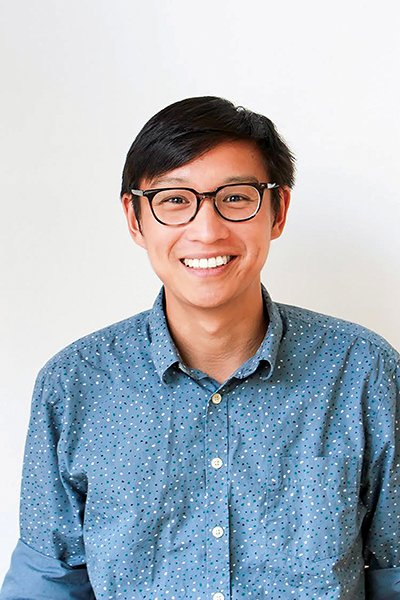 At GQ you mostly work on reported features, but you also compile a Best Books of the Month feature. How many books do you receive each month, and of those how many are typically included in your roundups?
I went on vacation last week and returned to four mail crates of unopened galleys. So I’m getting something in the vicinity of fifty to seventy-five books a week. And honestly, I wish publishers wouldn’t send me things unsolicited. Most of those books are never going to be touched, and eventually they are shipped off to Housing Works for donation. In a given month I’ll try roughly twenty books. From those I’ll finish about half, maybe slightly more. And then I’ll pick about half of those—so it’s somewhere between four and six books each month. It really depends on how strong that month is.

In an ideal world, I would just request those books and not receive any mail. It feels like such a waste, but once you’re on those distribution lists, there’s no getting off them.

It’s funny. If I died today, the books would keep coming to the office, and I think about the poor person who would get stuck dealing with several thousand pounds of galleys each month. Which is why I plan to never die.

What sorts of things, if any, influence you when choosing which titles to include: blurbs, pre-pub reviews, large advances, social media buzz? What about your relationships with publicists and editors—do those ever hold any sway?
I keep a very long spreadsheet of books that are coming out, based on a combination of catalogs, publicist and editor pitches, Kirkus, previews from places like the Millions, and of course, word of mouth. Twitter can be a good signal, but its taste is fairly narrow.

I do read a lot of stuff blind, too. My equivalent of digging through the slush pile is browsing through everything available as a digital galley on Edelweiss.

Blurbs mean nothing. Same with big advances. Honestly, by the time the galley rolls around I’ve forgotten what I read about it in Publishers Lunch. I’ve been doing this for [checks watch], oh, Jesus, nearly seven years now. But I’ve got a system that works.

How conscientious are you about diversity—gender, race, sexual orientation, and so on—when choosing what to include? And do you try to pay attention to books published outside of the Big Five publishers?
Most people won’t cop to this, but I pay pretty close attention to making sure my list is inclusive. That spreadsheet I was talking about has a column that denotes if an author is a woman or a person of color, so I can make sure that there’s never a month when I am reading only white dudes. It feels weird—I am literally checking boxes—but it’s also a way to keep me honest.

On the upside, usually what I gravitate toward in terms of stories tends to be inherently diverse. You read enough and you see that a lot of books by white authors suffer from a kind of maddening sameness—thankfully you can identify this from the first fifty or so pages, if not sooner. Publishing has made slow strides forward in putting out books by people of color. Big lead titles are more diverse than ever.

And, of course, that spreadsheet also lists publishers. I make sure to read across the Big Five and indies each month. It’s probably the most useful column I have. Penguin Random House controls over 50 percent of trade publishing, and you could easily make the mistake of reviewing exclusively their books.

You’ve also edited some excellent literary features at GQ—Kima Jones’s interview with Colson Whitehead and Alex Shephard’s piece on Jonathan Safran Foer, to name just two examples. What goes into these features? Are you conceiving of them? Do you have much leeway when it comes to assigning literary coverage at GQ?
Both of those stories were my idea. Since we’re not a book-specific outfit, we have to find a story deeper than “this is a new book.” It has to speak to a broader audience, and that restraint had led to better pieces, in my opinion.

Kima and Alex did a great job with both, even though they were very different. Kima went deep with Colson Whitehead, and we were confident that the strength and reception of The Underground Railroad would justify going to such an intense place with the interview. For the Foer piece, it was a profile because we knew he was in an interesting inflection point in his career. Plus he surrendered some weird quotes about Natalie Portman. Love him or hate him, the guy is worth reading about.

You’ve written eloquently about the overwhelming whiteness in the U.S. literary culture and publishing industry. What critical steps do you think need to be made to diversify the literary ecosphere? In your recent Millions article you pointed out one bright spot of 2016: the momentous National Book Awards ceremony, so much of which was due to the National Book Foundation’s executive director, Lisa Lucas. Have you seen any other positive changes over the past couple of years?
As I mentioned earlier, publishing is a behemoth that is trudging along slowly in the direction of progress. But it still has a long way to go. Publishers used to excuse themselves by saying that the data showed books by people of color didn’t sell—a disingenuous claim. Well, in the past three years, we’ve seen some tremendously successful fiction by authors of color. So now editors and agents can’t say that anymore. Progress marches forward, and even the most reluctant figures have no choice but to be dragged along. I hope that in the next five or ten years, literary events will become spaces that are less oppressively white. I think we can get there.

You’ve had an interesting career path in the literary industry, with a notable stretch at the editorial side of Amazon, where you ran the Best Books of the Month feature. What was it like behind the scenes there? Did you and your team have full editorial control over which books you picked each month?
Amazon is bizarre, man! But the editorial team was—and still is—great. Real readers, with full editorial freedom. There was never any pressure to include or exclude anything, at least not in my time there. Remember that summer when Amazon was refusing to stock books from Hachette? It was one of the reasons I left the company. But one of the last Best of the Month lists I put together included Edan Lepucki’s California, a Hachette title we couldn’t even sell. Nobody at Amazon gave us a hard time about that, even when Stephen Colbert made that book a symbol against Amazon’s vicious business tactics. I don’t think Amazon is good for the world, but that editorial team is a bright spot in a bleak machine.

After Amazon you worked for two years at Oyster, an e-book streaming service billed as the “Netflix of books,” which was bought and later closed by Google Play. At Oyster you launched the Oyster Review, a remarkable online literary magazine that included reviews, interviews, essays, and book lists and featured an impressive roster of writers and critics. What went into creating and running that magazine?
A lot! Oh, man, but what a fun time. Basically, Oyster attempted to capture the indie bookstore feel and taste and personality in the digital space, as opposed to the big-box retail approach of Amazon. We hoped both could coexist, just like they do in brick-and-mortar.

The Oyster Review was the place where we’d establish our literary identity. Every great indie bookstore has one. And online, what you do instead of shelves and author events is publish reviews and essays and comics. I edited and art-directed the whole thing. And most people didn’t see this because it was in the Oyster app, but there was a whole mobile experience that had to be designed for too. So from conception to construction to day-to-day editing and production, I had a hand in all of it. And I loved doing it.

Obviously, it didn’t totally work out. But Google acquired the company, and one of the big selling points to them outside the engineering was the Oyster Review and all the fine editorial work we’d done. I’m very proud of that. I mean, has a tech company ever acquired a literary magazine before? It might be the first and last time that ever happens.

In addition to reviewing books and writing about literary culture, you’ve written widely about TV, movies, and gaming. Have your interests in fields outside of literature influenced and informed your literary criticism and vice versa?
Oh, definitely. You can tell the reviewers who do only books. There’s a strange stilted myopia there. I think the best writers have broader interests and can talk intelligently about other mediums.

Of those publications that still devote space to literary criticism, which are your favorites? Are there any book critics whose work you particularly enjoy?
Bookforum is probably the most complete publication out there. It has a strong perspective and tone and taste. Plus, the reviews are damn good. I wish they’d do a little more online so more people could see it.

I keep waiting for someone to start the Pitchfork of books, but every new book-related site that launches ends up feeling so flat and overly positive. Oh, and too damn white.

Name three books you’ve read in the past year that really knocked your socks off.
White Tears by Hari Kunzru by a mile. What a tremendous, smart, weird book. I tore through The Killers of the Flower Moon by David Grann in a couple of days. And Ottessa Moshfegh’s short stories in Homesick for Another World have stayed with me in strange and surprising ways.

Michael Taeckens has worked in publishing since 1995. He is a literary publicist and cofounder of Broadside PR.

In the inaugural installment of our new feature, Reviewers & Critics, New York Times book reviewer Dwight Garner talks about his experience as a critic—the required credentials (or lack thereof), how to cut through the hype, the role...

Isaac Fitzgerald, editor of BuzzFeed Books, talks about the growth of the site’s book review section, what a typical day in the BuzzFeed office looks like, and how the Internet has changed the discourse around books.