School and public libraries across the United States have banned books at a blistering pace in the last year amid heated political debates about whether young people should have access to certain narratives—particularly those exploring themes of queerness and race. Book banning has been most prevalent in places where conservative politics dominate: Texas, Pennsylvania, and Florida are among states with the highest number of bans. 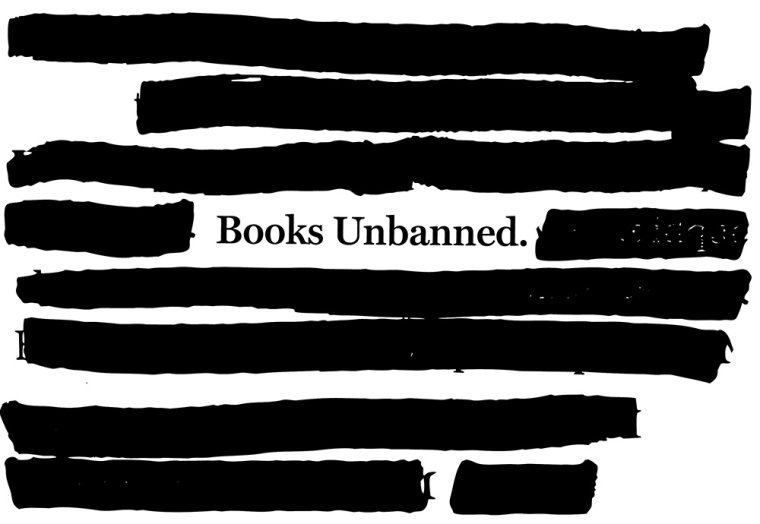 But librarians elsewhere are fighting back. This past April, Brooklyn Public Library (BPL) launched Books Unbanned, which gives teens and young adults free library cards that allow them to borrow from its online collection of more than a half million e-books and audiobooks, including frequently banned titles such as Maia Kobabe’s memoir Gender Queer (Oni Press, 2019) and All Boys Aren’t Blue: A Memoir Manifesto (Farrar, Straus and Giroux, 2020) by George M. Johnson.

News of the program, open to readers thirteen to twenty-one years old, went viral after being picked up by national media outlets and shared on social media. More than 5,500 new borrowers have signed up across the United States and Puerto Rico, with the largest number coming from Florida and Texas. Prospective borrowers need to e-mail the library for a card; once it is issued they can access titles on their phones, tablets, and computers through e-reading and audiobook apps like Libby and SimplyE.

“The idea was to directly help out the young people who are being disproportionately impacted by adults pulling books off the shelves of their school and public libraries,” says BPL’s chief librarian, Nick Higgins. “We were trying to find ways to reach into communities where support doesn’t exist.”

Books Unbanned is one of the largest-scale attempts to address reading restrictions, says Higgins. The New York Public Library had a similar program last spring that granted instant access to readers across the country via the SimplyE reader app to four commonly challenged books. Other programs against book banning from libraries, universities, and bookstores have focused on educational events, author talks, and book giveaways. They concentrate on promoting frequently challenged or banned titles, while Books Unbanned emphasizes access to an entire electronic library collection.

“The idea of a library is that you can have the freedom to read whatever you’re curious about,” says Higgins. “The impetus is a response to censorship efforts, but the overall goal is to establish what it is to be a public library.”

Access to the BPL online collection doesn’t benefit only borrowers in states with the most book bans. It has also helped readers in “rural areas, where access to a library is difficult for a young person who might be an hour’s drive away from a robust library collection,” Higgins says. Vermont, for example, has among the most users per capita.

For those in states where book bans are prevalent, however, the stakes remain high. A teacher in Oklahoma faced calls from the state secretary of education to revoke her license after sharing information about Books Unbanned with her students last year. But the BPL program may be the only option for some young patrons to read certain books, as one person who registered for Books Unbanned recently shared in an e-mail to BPL: “The last time I went to the local library to look at LGBTQ+ books, I was told that I didn’t need to get those kinds of ideas in my head. But as someone who is LGBTQ+, it is hard to find anything non-religious or that I can afford.”

Young adults have been at the center of the library’s fight against censorship. Books Unbanned aims to connect teens affected by censorship not just with books, but with like-minded young people. The Intellectual Freedom Teen Council—which grew from an informal group of young people already involved with BPL—consulted on the development of Books Unbanned, approving the idea and selecting the name of the program. The council, which has expanded to include teens nationwide, hosts virtual events and live meetups to discuss censorship and keep teens across the country engaged in conversations about intellectual freedom. Visitors can register to attend the council’s virtual events on BPL’s Books Unbanned webpage (bklynlibrary.org/books-unbanned).

“For Brooklyn teens, they’re learning about what the landscape is beyond the borders of the city, because censorship has a different feel here—the urgency doesn’t seem to be as acute,” says Higgins.

Higgins is seeking funding to make Books Unbanned a permanent program at BPL, which has to purchase new licenses once a title receives a certain number of holds. He hopes that Books Unbanned will inspire other libraries to open their collections and form teen councils to further connect young people working against censorship. For Raisa Islam, a twelfth grader on the Teen Council, being able to read others’ stories is crucial.

“Censorship makes some of us realize that we are not welcome in society because books relating to our life experiences are banned,” she says. “Everyone should be able to read what they like because when they truly love a book, that means they also have found a safe place.”

Priscilla Wu is a writer, editor, and communications worker living in Portland, Oregon.

Banned Books Week raises awareness of the rise in attempts to remove titles from schools and public libraries through a series of special events to be held across the country starting on September 18.

A Lending Library of Joy, Storytelling
by Eva Recinos | News and Trends 8.17.22

My Life in Book Banning
by Jonathan Evison | Feature 8.17.22

The author of one of last year’s most challenged books confronts a campaign of threats, cyberattacks, and doxing in the post-truth era.