Debates about identity and social belonging continue to play out on public bookshelves across the United States as scans of recent news headlines compiled by the American Library Association (ALA) reveal. From Indiana: “Jennings library removes Pride Month items.” From Virginia: “Loudoun County Public Schools hit with lawsuit for ‘moral corruption of children’” because of LGBTQ library books. From Oregon: “Medford superintendent, deputy approved ban of graphic novel,” a version of The Handmaid’s Tale.

These are just a few recent examples of book challenges, attempts to remove titles from schools and public libraries nationwide—a growing phenomenon about which Banned Books Week hopes to raise awareness through a series of special events to be held across the country starting on September 18. Sponsored by a coalition of sixteen organizations, including the ALA and PEN America, Banned Books Week marks its fortieth anniversary this year, a landmark that underscores the persistence of book censorship in the U.S.

“We haven’t seen censorship on this scale in a very long time—it’s an order of magnitude worse than I’ve ever seen it,” says Betsy Gomez, Banned Books Week’s coalition coordinator, who is helping to track readings, panel discussions, book giveaways, and other activities being held coast-to-coast to sound the alarm about censorship.

The number of book challenges reached a twenty-year high in 2021, according to the ALA, with 729 challenges to library, school, and university materials, resulting in 1,597 individual book challenges or removals. This rivals the spike that spurred the ALA to found Banned Books Week in 1982. Back then the Moral Majority, a conservative political organization led by Baptist televangelist Jerry Falwell, raised fears about progressive books corrupting young minds on subjects ranging from human sexuality to the Vietnam War.

“Book challenging is...a symbolic phenomenon about how people feel that their public institutions should share their values,” says scholar Emily Knox, author of Book Banning in 21st-Century America (Rowman & Littlefield, 2015). “Book challenges are a lagging indicator of whatever is going on in society.”

Books targeted in the 1980s, for example, represented a backlash against wins by the civil rights movement and groups advancing the interests of women and LGBTQ people. Similar concerns drive would-be book banners today, with a more intense focus on titles that deal with gender identity and critical race theory, an academic framework that has been wrongly conflated in many cases with narratives exploring Black life. Knox interprets this shift as a reaction to recent social change: the election of the nation’s first Black president, the legalization of same-sex marriage, and awareness about trans issues.

“They believe that if their kid reads this thing, their child will not share their values. It’s true for the left or the right,” Knox says of parents’ fears about some books. But those who succeed in removing titles concerning BIPOC and queer communities may harm already marginalized students who want to see themselves reflected in the literature they encounter.

Book challenges have gone beyond young adult titles. “A lot of the books being impacted are written for adult audiences and have appeal to older teens or are used in educational settings,” says Gomez. Toni Morrison’s Beloved (Knopf, 1987), for example, has appeared on book-banning lists for decades. Carmen Maria Machado’s memoir chronicling an abusive queer relationship, In the Dream House (Graywolf Press, 2019), has been a more recent target.

“The people trying to censor the material are trying to get it labeled harmful to minors or obscene, which would make it illegal,” says Gomez. “They’re also using solicitation and grooming laws, arguing that these books are grooming kids for pedophiles.”

Such charges contributed to the removal of George M. Johnson’s All Boys Aren’t Blue: A Memoir-Manifesto—an essay collection about growing up Black and queer, published by Farrar, Straus and Giroux in 2020—from school libraries in at least eight states, making it the third most challenged book in 2021. A school board member in Florida also reportedly filed a criminal complaint, saying the book violated the state’s obscenity laws. 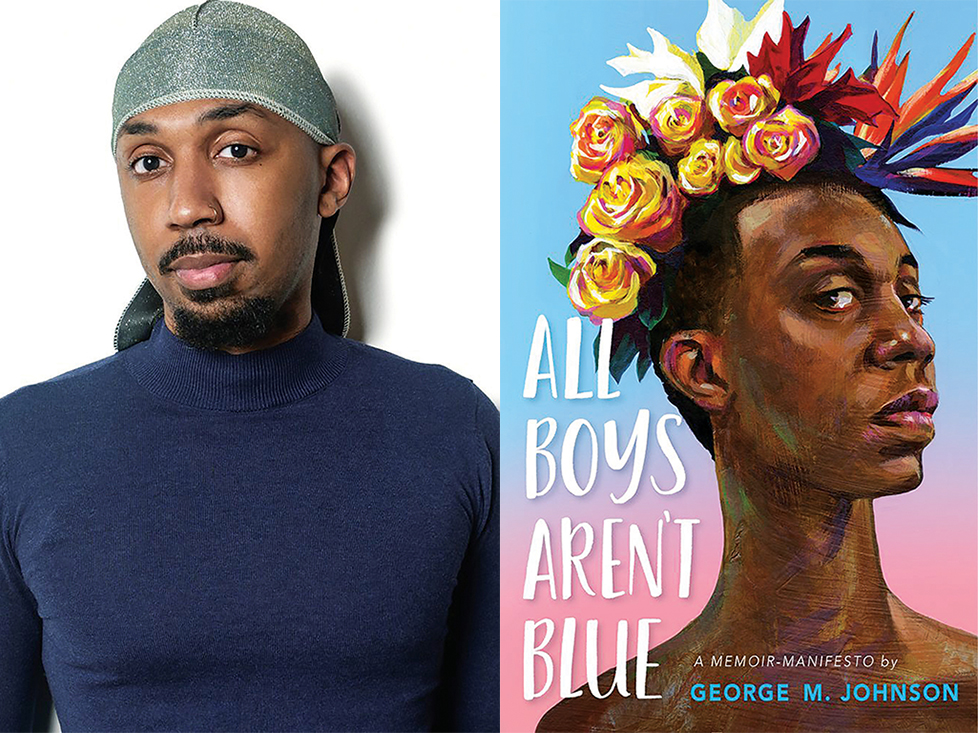 Banned Books Week’s honorary chair George M. Johnson, whose book All Boys Aren’t Blue: A Memoir-Manifesto was the third most challenged title of 2021.

While Johnson, the honorary chair of this year’s Banned Books Week, has publicly criticized efforts against their book, they also believe that being targeted is a sign that their work is important: “When you make a [banned book] list with Toni Morrison, it signals that you’re doing something right,” Johnson says. “It means I am challenging the very same things she was challenging.”

Although the majority of book censorship cases have been decided by school and library boards, some have escalated. State legislatures have become a battleground for book challenges, with almost half of the past year’s school book bans tied to state officials’ or elected lawmakers’ directives to remove books.

Banned Books Week coalition members have responded directly to these efforts: “They write letters of support for challenged material and advise librarians, educators, and decision-makers on their rights and their obligation to protect free expression,” says Gomez. Increasingly members have been involved in legal action surrounding challenged books. Coalition members are also trying to reach more students, as recent youth organizing against book removals has proved successful.

Although book censorship has persisted since the inaugural Banned Books Week, that doesn’t mean the coalition has not made positive change. “I think the event does the job that it’s supposed to do, to have people talk about what it means when people want to remove access to books,” Knox says. “It also spotlights those authors who have been on the challenged-books list.”

Even as they concede that book challenges are inevitable in a society that values free speech, Knox and fellow free-expression advocates say they find hope in the victories of keeping books on shelves by Banned Books Week’s coalition partners.

For Johnson, September’s Banned Books Week events offer an important counterpoint to a repressive movement, one they hope will encourage writers to keep creating and publishers to greenlight books with important, if controversial, subject matter.

“Banned Books Week gives us space to speak and cultivate culture in the same way that many of our ancestors, both living and passed, got to do,” Johnson says. “It’s a beautiful moment for us to make a very powerful statement that our work will not be silent—and we won’t be silent.”

The new editor in chief of the Rumpus, Alysia Li Ying Sawchyn, discusses what sets the magazine apart and what she looks forward to in her new role.