Since its inception in 2010, Instagram has spawned whole new genres of visual entertainment. From tattoo artists to cookie decorators, savvy users of the photo- and video-sharing platform have attracted viral followings that often galvanize lucrative commercial ventures offline. The same goes for poetry: Not only has the platform served as a launchpad for some of the most widely read poets in recent history, but it has also helped them sell thousands—sometimes millions—of books. 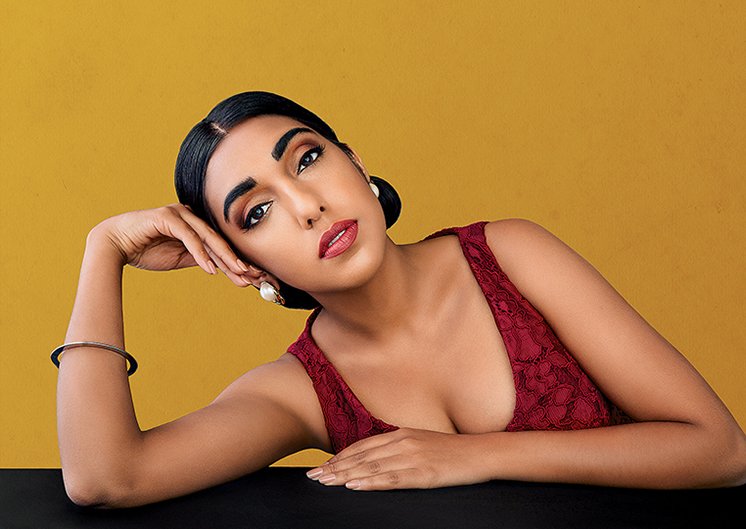 In fact, books by “Instapoets” constituted nearly half of all poetry book sales in 2017, which, according to NPD BookScan, nearly doubled since 2016. Leading the sales roster was Rupi Kaur, whose debut collection, Milk and Honey (Andrews McMeel Publishing, 2015), sold more than a million copies in print last year and who boasts in excess of 2.6 million followers on Instagram, including pop star Ariana Grande. Kaur’s second book, The Sun and Her Flowers, also published by Andrews McMeel, debuted at the No. 1 spot on the New York Times paperback best-seller list when it was released in October 2017; it stayed there for twenty weeks and has sold more than 1.2 million copies. Kaur’s poetry epitomizes the prevailing Instapoetic style, with its epigrammatic brevity, plain language, and empowering messages, and she also supplements her verse with glamorous selfies and hand-drawn illustrations. But while Kaur may be the highest-grossing poet of the moment, she is hardly alone in making the successful transition from social media to print; twelve of the twenty best-selling poets of 2017 got their start on Instagram.

Other writers on that list include Amanda Lovelace, r.h. Sin, and the pseudonymous Atticus, whose debut collection, Love Her Wild, was published last year by Simon & Schuster’s Atria Books imprint. The book was a national best-seller and landed Atticus among the top ten best-selling poets of 2017. His Instagram following has also more than doubled since the book’s publication, currently comprising more than 700,000 fans. Like Love Her Wild, most commercially successful books by Instapoets contain a number of poems that don’t appear on the authors’ social media pages, incentivizing serious fans to buy a copy, and the books differ from most traditional poetry collections in their inclusion of photography and illustrations, maintaining the visual quality that has helped make Instagram so popular. Social media can also serve as a free marketing tool; Instapoets often advertise book deals, discounts, new editions, and tour dates online.

Still, as Sarah Cantin, senior editor at Atria Books, points out, “Viral online followings do not guarantee commercial book sales.” Instead Cantin attributes the success of Love Her Wild to Atticus’s talent for storytelling across a range of mediums, as well as the book’s pleasing design and the cultural hunger for pithy, motivational writing that “makes the reader feel seen.”

Sara Sargent, executive editor at HarperCollins Children’s Books, echoes this sentiment. “Instapoetry is the height of feeling that your lived experience is shared,” says Sargent, who recently edited Light Filters In, the debut collection of eighteen-year-old Instapoet Caroline Kaufman, published in May. Sargent sees books like Kaufman’s straddling several markets; they’re poetry but with a young adult spin, supplemental artwork, and even dimensions of the self-help genre. “Instapoetry is part of the growing cultural trend around self-care and self-discovery,” she says. “Journaling, coloring books, self-help: It all has to do with our commitment to figuring out who we are.”

No publisher has cornered that market more effectively than Andrews McMeel, which, in addition to being one of the first companies to produce adult coloring books, published eleven of the top twenty best-selling poets last year, including Kaur, Sin, and Lovelace. Kirsty Melville, McMeel’s president and publisher, ascribes the wild success of the Instapoets in her catalogue to “the emotional intensity, passion, and message of their work, which resonates with us at a time when many young people feel disaffected from the mainstream.” She adds: “I think the digital age has facilitated a connection between writers and readers. In addition, although these poets share their work online, publication in book form is also cherished. The book is one of the oldest, most successful, and most valued inventions for sharing ideas.”

But as Instapoetry has taken up more and more space on poetry shelves at bookstores around the world, the craze has also had its fair share of detractors, who consider the writing trite and unrefined, bearing a tenuous relationship to poetic traditions before and beyond the Internet. (A 2017 article from Deadspin calls Kaur’s poetry “pitiful, vapid, exploitative, and possibly plagiarized.”) When asked whether Instapoetry might function as a gateway to other kinds of poetry, editors and writers give mixed responses; many think the Internet subgenre is helping to reinvigorate a cultural interest in poetry in general, while others consider Instapoetry a pop phenomenon with little connection to the literary world. Still others refute the distinction altogether.

Related or not, book sales are up for both traditional print poetry and Instapoetry. “Poetry on the whole feels revitalized right now,” says Cantin. “If more bookstores create table displays featuring poets of all backgrounds, if more young people, in particular, feel that poetry is relevant to their daily lives, so much the better for the publishing industry and for readers alike.” When asked why he thinks people continue to buy poetry in an age when new technologies threaten to replace the old, Atticus replied with his signature Instapoetic brevity: “There’s a magic there you can’t find online.”

Maggie Millner holds an MFA from New York University and lives in Brooklyn. Previously she was the Diana & Simon Raab Editorial Fellow at Poets & Writers Magazine.

Making Connections Through Books
by Jonathan Vatner | News and Trends 12.13.17

In celebration of ten years, sixty-five million users, and sixty-nine million book reviews, a history of Goodreads—from its beginnings as a tool for readers to its growth into an important platform for book promotion.