Last night in New York City, at a historic ceremony at Gracie Mansion, nineteen-year-old Amanda Gorman of Los Angeles was named the first national youth poet laureate. The unprecedented title, to be awarded annually, honors a teen poet who demonstrates not only extraordinary literary talent but also a proven record of community engagement and youth leadership. 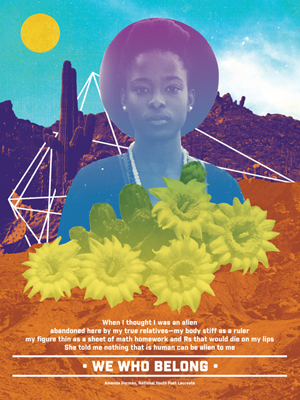 For Gorman, poetry and civic outreach aren’t separate interests. The Harvard University freshman knows firsthand that creative writing can build confidence and a sense of community among young people whose voices are often underrepresented in mainstream dialogue. In 2016 she founded One Pen One Page, a nonprofit organization that provides an “online platform and creative writing programs for student storytellers to change the world.” She continues to serve as the organization’s executive director.

Gorman’s own writing often addresses the intersections of race, feminism, and adolescence, as well as the changing landscape of her native Los Angeles. For both her poetry and her advocacy, Gorman has been recognized by Forbes, the Scholastic Art and Writing Awards, the YoungArts Foundation, and the OZY Genius Awards. She has also performed on The Today Show, ABC Family, and Nickelodeon News, and helped introduce Hillary Clinton at the 2017 Global Leadership Awards.

“For me, being able to stand on a stage as a spoken word poet, as someone who overcame a speech impediment, as the descendent of slaves who would have been prosecuted for reading and writing, I think it really symbolizes how, by pursuing a passion and never giving up, you can go as far as your wildest dreams,” said Gorman at the ceremony on Wednesday evening. “This represents such a significant moment because never in my opinion have the arts been more important than now.” 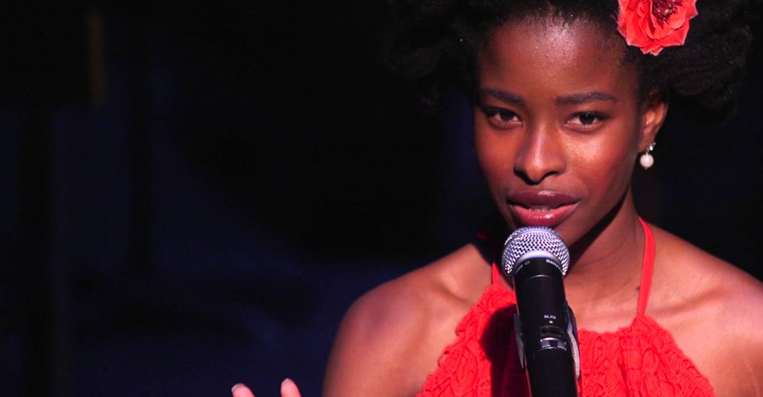 The event represented the culmination of years of work by arts organizations across the country. In 2009 literary arts nonprofit Urban Word NYC, in partnership with the New York City Campaign Finance Board and Mayor’s Office, began bestowing the annual title of New York City youth poet laureate on one visionary poet between the ages of fourteen and nineteen. Michael Cirelli, executive director of Urban Word NYC, says the program was founded on a belief that “young poets deserve to be in spaces of power, privilege, and governance, and to have their voices front and center of the sociopolitical dialogue happening in our city.”

Since the inception of New York’s youth poet laureate program, arts and literacy organizations in over thirty-five cities have followed suit, launching their own youth laureateship positions. As it spread nationally, the program garnered support from the Academy of American Poets, the Poetry Society of America, and PEN Center USA, among other major poetry organizations. Finally, in 2016, the President’s Committee on the Arts and the Humanities partnered with Urban Word to bring the program to the national level.

Last July a jury of prominent poets, including U.S. poet laureate Juan Felipe Herrera, Brooklyn poet laureate Tina Chang, and Academy of American Poets executive director Jen Benka, narrowed the pool of local laureates down to five national finalists. Poets were evaluated on the caliber and subject matter of their poems, as well as their commitment to serving their communities through volunteer and advocacy work, and each finalist was selected to represent a geographic region of the country (Northeast, Southeast, South, Midwest, and West). Along with Gorman, Hajjar Baban of Detroit, Nkosi Nkululeko of New York City, Lagnajita Mukhopadhyay of Nashville, and Andrew White of Houston were named the first annual regional laureates and finalists for the inaugural national youth poet laureateship.

Each finalist received a book deal with independent press Penmanship Books, which published Gorman’s first poetry collection, The One for Whom Food Is Not Enough, in 2015. Over the past year, the finalists have also had the opportunity to perform for large audiences at renowned venues, including the Poetry Foundation, the Kennedy Center, and the White House. As the national youth poet laureate, Gorman will continue to give readings and participate in events across the country throughout her yearlong term.

“The role of poetry, especially in marginalized communities, is to provide a voice to those who are traditionally silenced,” says Cirelli, “and the best way to effect social change is to provide platforms for youth to tell their stories. We hope to leverage our work to allow these diverse stories to be told in spaces that have historically omitted youth voices, and to energize and engage the issues that they are most passionate about.”

The ceremony at Gracie Mansion featured performances by three of the finalists, as well as a roster of current and former New York City youth poets laureate. The performers were introduced by a group of acclaimed poets, including American Book Prize winner Kimiko Hahn and four-time National Poetry Slam champion Patricia Smith. Nkululeko recited a poem about his hair, a metaphor through which he discussed his relationship with his mother and collective African American history. Baban, who was named runner-up for the national title, recited a sestina on language, family, and her Muslim name. Finally, Gorman delivered a poem about how her speech impediment led her to discover writing.

“I am so grateful to be part of this cohort of young creatives who are taking up their pens to have a voice for what is right and what is just,” Gorman said in her acceptance speech. “I don’t just want to write—I want to do right as well.”