Goodreads, the social networking website and app for readers, celebrated its tenth anniversary in September. With sixty-five million users and sixty-nine million book reviews, it is among the hundred most visited websites in the United States. Owned by Amazon and headquartered in San Francisco, the company is not just a platform to catalogue, rate, and review books, it’s also a promotional force in the publishing industry—one utilized by the Big Five publishers, independent presses, and authors alike. 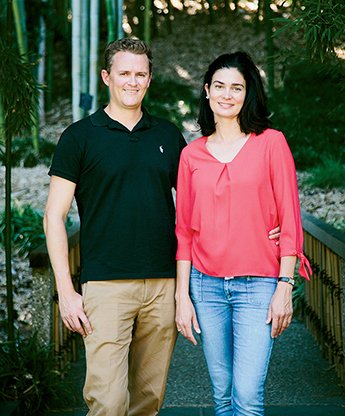 In 2007 journalist Elizabeth Khuri and software engineer Otis Chandler, who were married the following year, created Goodreads to answer two needs book lovers often face: how to decide what to read and how to keep track of what you’ve already read. Social networking was in its infancy—Facebook had just hit fifty million users—and the couple wanted to bring the social aspect of reading, recommending, and discussing books to the Internet. “Most readers find the amount of books being published overwhelming,” says Khuri. “And there is something deeply satisfying about being able to track the books you’ve read.”

A teeming community of book bloggers and critics quickly latched on to the platform. Chandler says that publishing “the best reviews on the Internet” helped secure its success. Khuri adds that the reviews published on Goodreads are more personal than those of traditional book-review outlets, which enhances the site’s appeal. “Goodreads users are writing for their friends and for the community, so the reviews feel more authentic.”

Goodreads offers numerous tools for cataloguing and discussing books. As with Facebook and other social-networking sites, readers can set up a profile and connect with other book enthusiasts. They can create and label “shelves” to keep track of what they’ve read, what they want to read, and their favorite books; they can rate books, write reviews, and comment on other readers’ reviews. They can also join any of the thousands of public and private discussion groups and book clubs—or create their own. Users can even ask authors questions and post their own writing. In 2011 the Goodreads team introduced a book-recommendation engine to the platform, which delivers informed suggestions to users for further reading based on the books they’ve read and rated. Chandler notes that three to five books in a given subject area enables the algorithm to make smart picks—often a mix of best-sellers and lesser-known surprises.

In 2013 Amazon purchased Goodreads for an undisclosed sum, allowing Goodreads to bolster its team (now at 130 employees) and implant Goodreads reviews and recommendations into the Kindle reading experience. Users can also share Kindle notes and highlights with friends on Goodreads, to facilitate deeper discussion. “We’re building magical experiences for the Kindle,” Chandler says, before adding, “We’re still full-guns-ahead on Goodreads the site.” Though Goodreads makes it easiest to buy books on Amazon, a drop-down menu lists other online options such as Barnes & Noble and Better World Books, as well as links to WorldCat, a centralized library catalogue.

While Goodreads started out as a useful tool for readers, it has also become an important promotional platform for authors and publishers. Considering that publicity departments have been scaled back in recent years, social networking has played a growing role in the success of many books and authors, whether traditionally or self-published. “Online discovery has become the biggest challenge for authors and publishers,” says Chandler. “How do you stand out online with all the self-publishing and digital publishing? Goodreads sits at the intersection of word of mouth and online publicity.”

Writers Paulo Coelho, Neil Gaiman, Kathryn Stockett, and Roxane Gay have long used the site. Chandler and Khuri were humbled when John Ashbery joined Goodreads a few months after the site launched. Novelist Celeste Ng joined Goodreads in its early stages to keep track of what she’d read. When she published her 2014 debut novel, Everything I Never Told You, she created an official author page, which contains a bio, a list of books she has written or contributed to, quotes from her writing, discussion topics, and her reviews of other books. Ng also answers reader questions and participates in interviews on the site. But she warns against responding to reader reviews, good or bad: “For the author to be listening in can dampen the conversation,” she says.

Everything I Never Told You resonated with readers on the site and was nominated for a Goodreads Choice Award, so Ng’s publisher, Penguin Press, embraced the site in its promotional campaign for her 2017 follow-up, Little Fires Everywhere. The publicity team raffled off galleys to Goodreads users, mailed them to influential reviewers on the site who had loved the first book, and shipped a box to the Goodreads office. When the book hit stores, Penguin paid for an e-mail with a note from the author to be sent to Ng’s fans and placed targeted ads on the Goodreads home page. Ng came in at number three on a BuzzFeed list entitled “21 Books Goodreads Users Are Damn Excited to Read This Fall,” and Goodreads featured an interview with Ng in its e-newsletter in the lead-up to her new novel’s publication. After each of these efforts, more users added the book to their “want to read” shelf—which often converts to sales.

Ng’s second novel debuted in September at number seven on the New York Times hardcover best-seller list. “It’s safe to say that this community helped make Little Fires Everywhere such a big success,” says Matt Boyd, the associate publisher and marketing director of Penguin Press. “I think the site has helped people discover the book,” Ng says. “My sense is that it’s an amplified version of friends recommending books to other friends.”

Jonathan Vatner is a fiction writer in Brooklyn, New York. His novel, The Chelmsford Arms, is forthcoming from Thomas Dunne Books in Fall 2018.

Complete with maps, relevant passages, summaries, and links to booksellers, a new app tracks the real-life places found in books, allowing readers to discover and interact with literature in a whole new way.

Catapult, a new literary venture that launched in September, is working to provide resources for writers at every stage of their career—from workshops to self-publishing platforms to traditionally published books—in an effort to create an online...

Supporting local bookstores may have just gotten a little easier. A new digital tool called CityShelf allows users to search the shelves of independent bookstores in select cities throughout the country from their mobile devices.