For our twenty-first annual roundup of the summer’s best debut fiction, we asked six writers to introduce this year’s group of debut authors. Read the July/August 2021 issue of the magazine for interviews between Eric Nguyen and Nguyễn Phan Quế Mai, Lee Lai and Jillian Tamaki, Zakiya Dalila Harris and Maurice Carlos Ruffin, Joss Lake and Jeanne Thornton, and Pik-Shuen Fung and Catherine Chung, as well as Alex Torres’s introduction to the late Anthony Veasna So. But first, check out these exclusive readings and excerpts from their debut books. 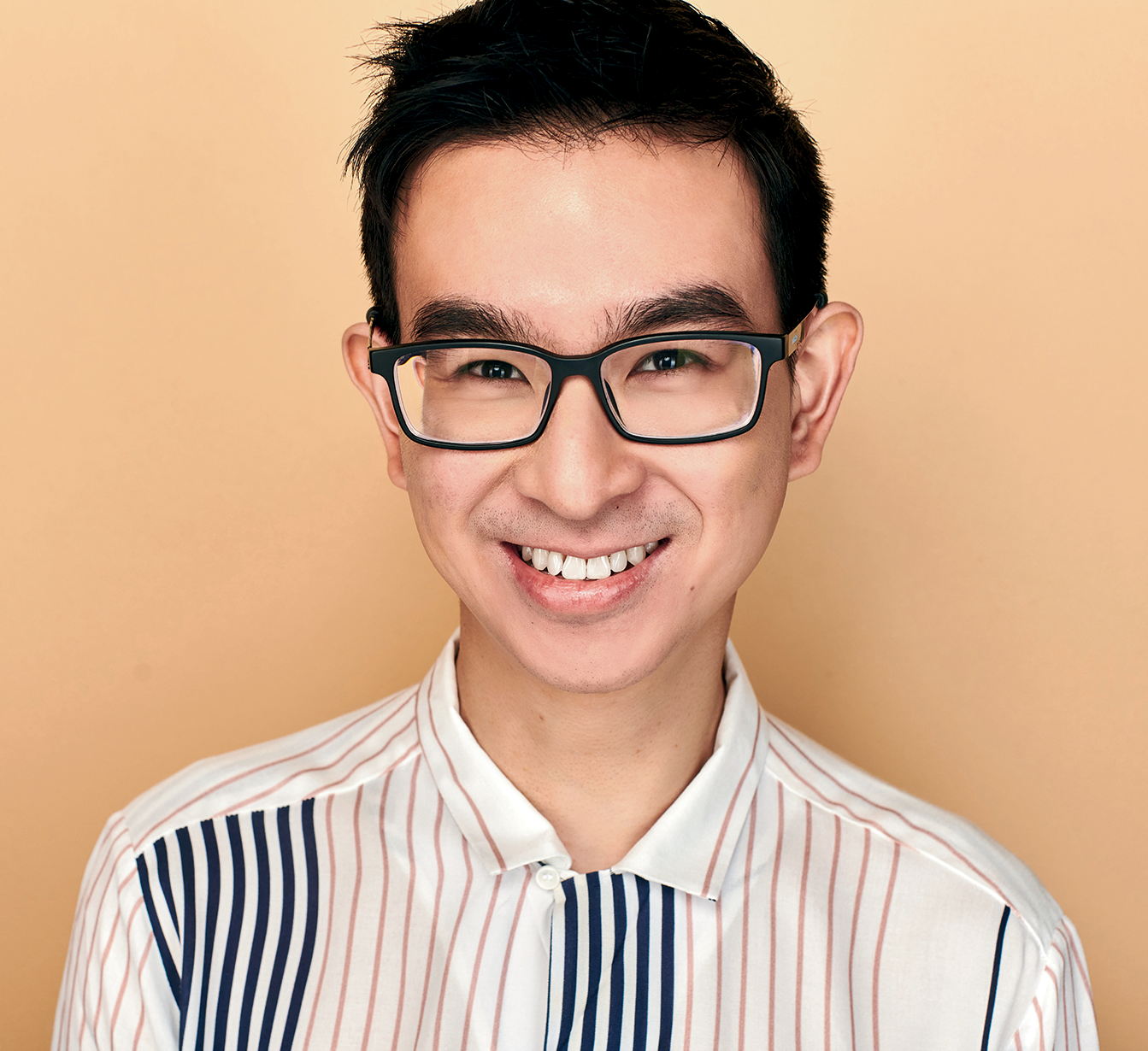 Things We Lost to the Water
Eric Nguyen

New Orleans is at war. The long howl in the sky; what else can it mean?

Hương drops the dishes into the sink and grabs the baby before he starts crying. She begins running toward the door—but then remembers: this time, another son. She forgets his name temporarily, the howl is so loud. What’s important is to find him.

“Mẹ,” he cries. Mom. The word reminds Hương of everything she needs to know. In the next moment she grabs his hand and pulls him toward her chest.

With this precious cargo, these two sons, she darts across the apartment, an arrow flying away from its bow, a bullet away from its gun. She’s racing toward the door and leaping down the steps—but she can’t move fast enough. The air is like water, it’s like running through water. Through an ocean. She feels the wetness on her legs and the water rising. And the sky, the early evening sky, with its spotting of stars already, is streaked red and orange like a fire, like an explosion suspended midair in that moment before the crush, the shattering, the death she’s always imagined until someone yells Stop, someone tells her to Stop.

And just like that, the sirens hush and the silence is violent: it slices, it cuts.

“Hurricane alarm,” Bà Giang says. The old woman drops her cigarette. “Just a hurricane alarm. A test. Nothing to be afraid of.” She reaches over and cups Hương’s cheek.

“What do you mean?” Hương asks.

“Late.” Hương understands, or maybe she does not. A thousand thoughts are still settling in her mind. Where were the sounds from before? Not the alarm, but the grating calls of the grackles in the trees, the whistling breeze, a car speeding past—where are they now?

She notices Tuấn at the gates. Her eyes light up.

Tuấn holds on to the bars of the gate and watches three boys riding past on bicycles. One stands on his pedals. Another rides without hands but only for a second before grabbing—in a panicked motion—the handlebars. A younger one tries to keep up on training wheels. Three boys. Three brothers.

Tuấn waves as the boys ride leisurely past. When they’re gone, he returns, and Hương feels a mixture of pure happiness, comfort, and relief.

Up the dirt road. A mother and her sons. Hand in hand.

From Things We Lost to the Water. Copyright © 2021 by Eric Nguyen. Published by arrangement with Knopf, an imprint of The Knopf Doubleday Group, a division of Penguin Random House LLC. 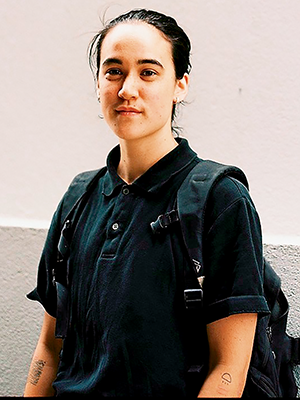 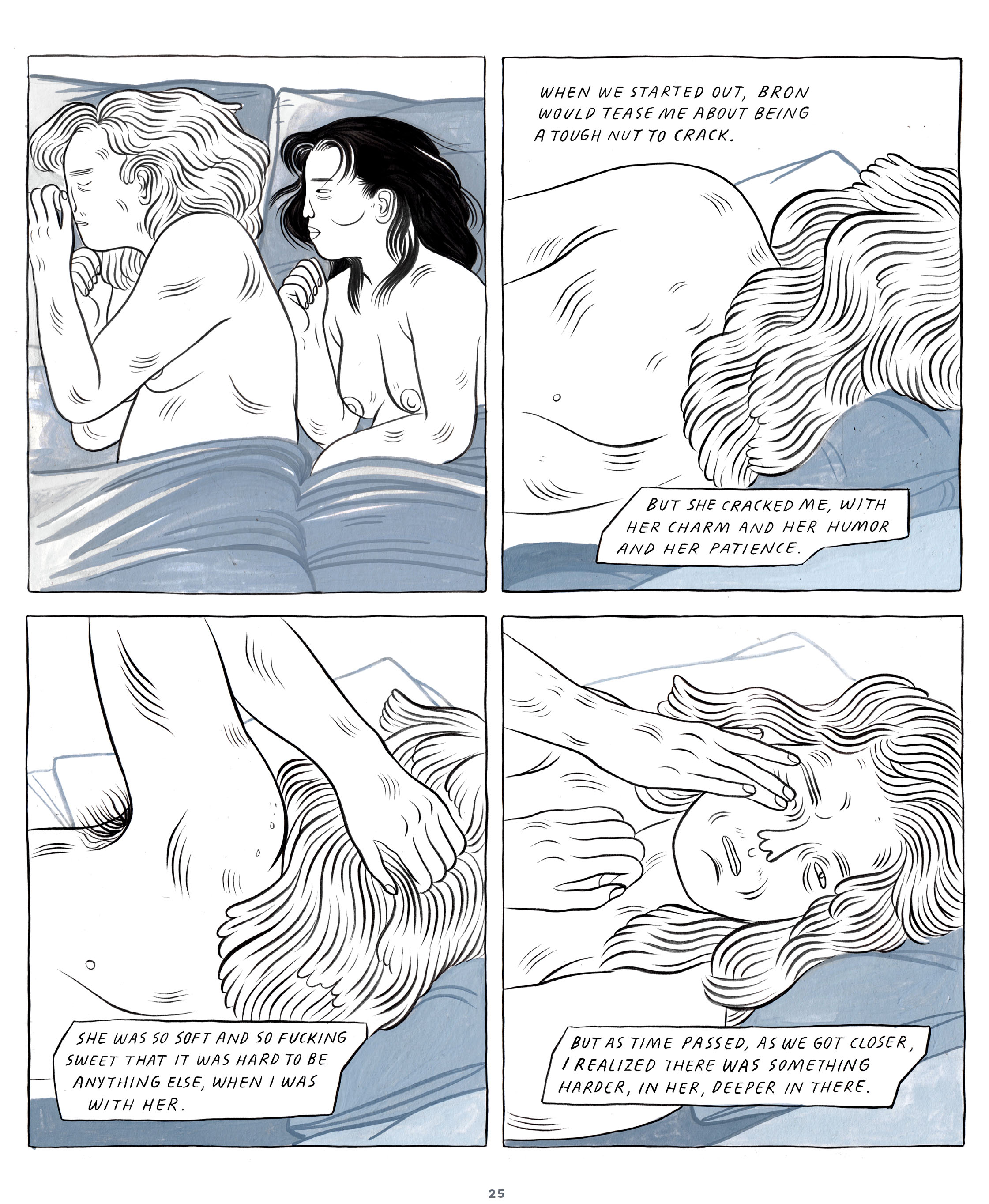 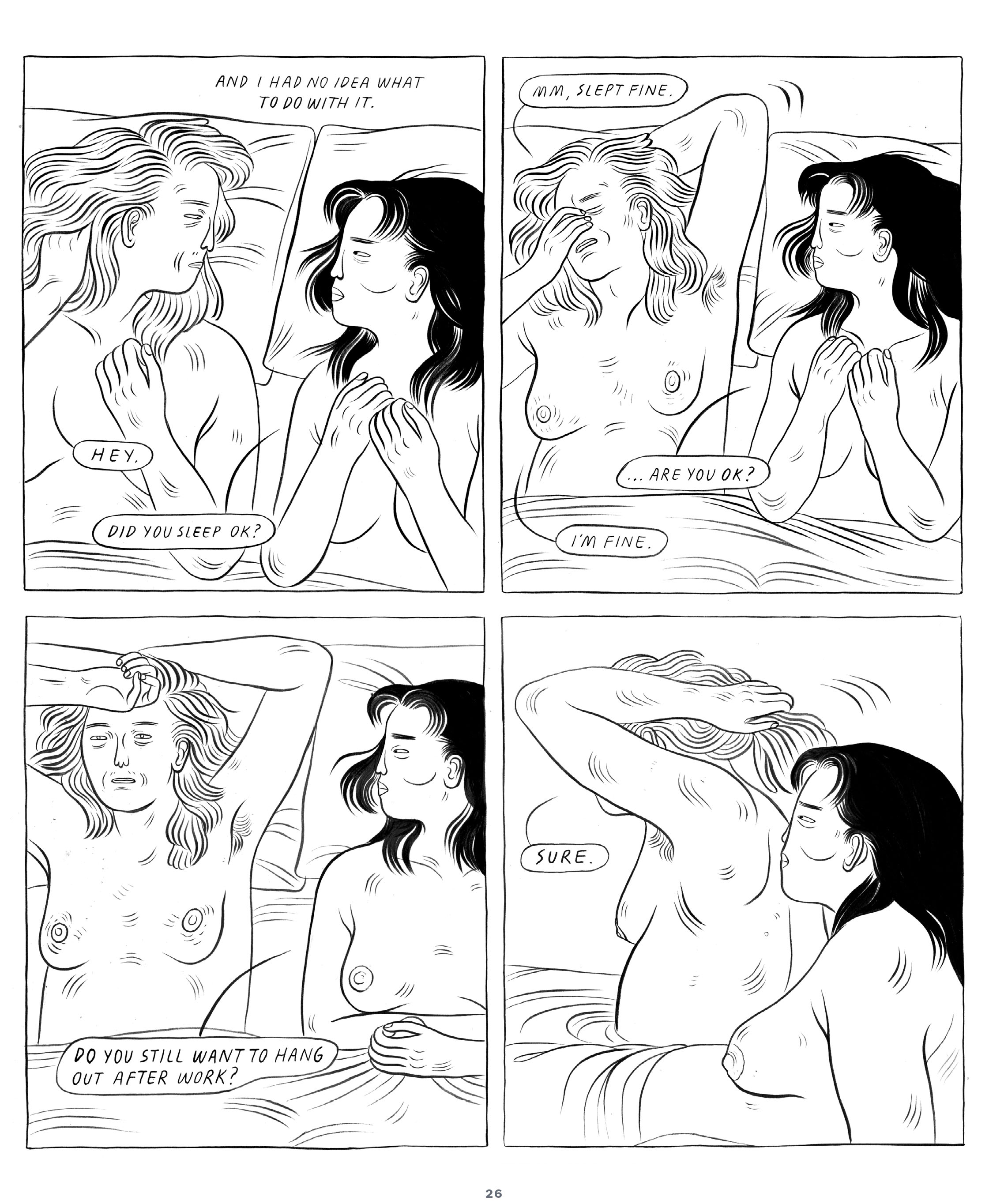 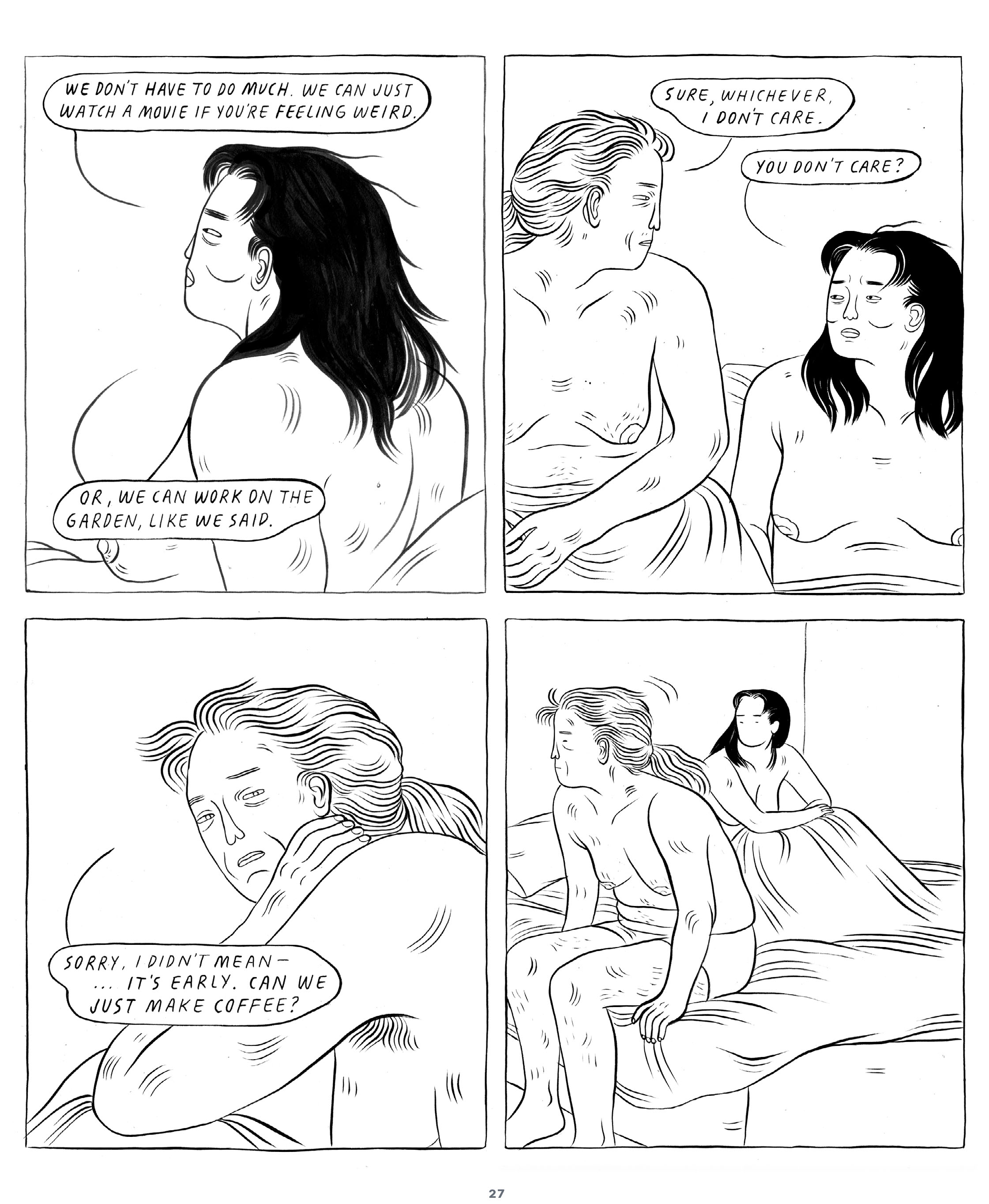 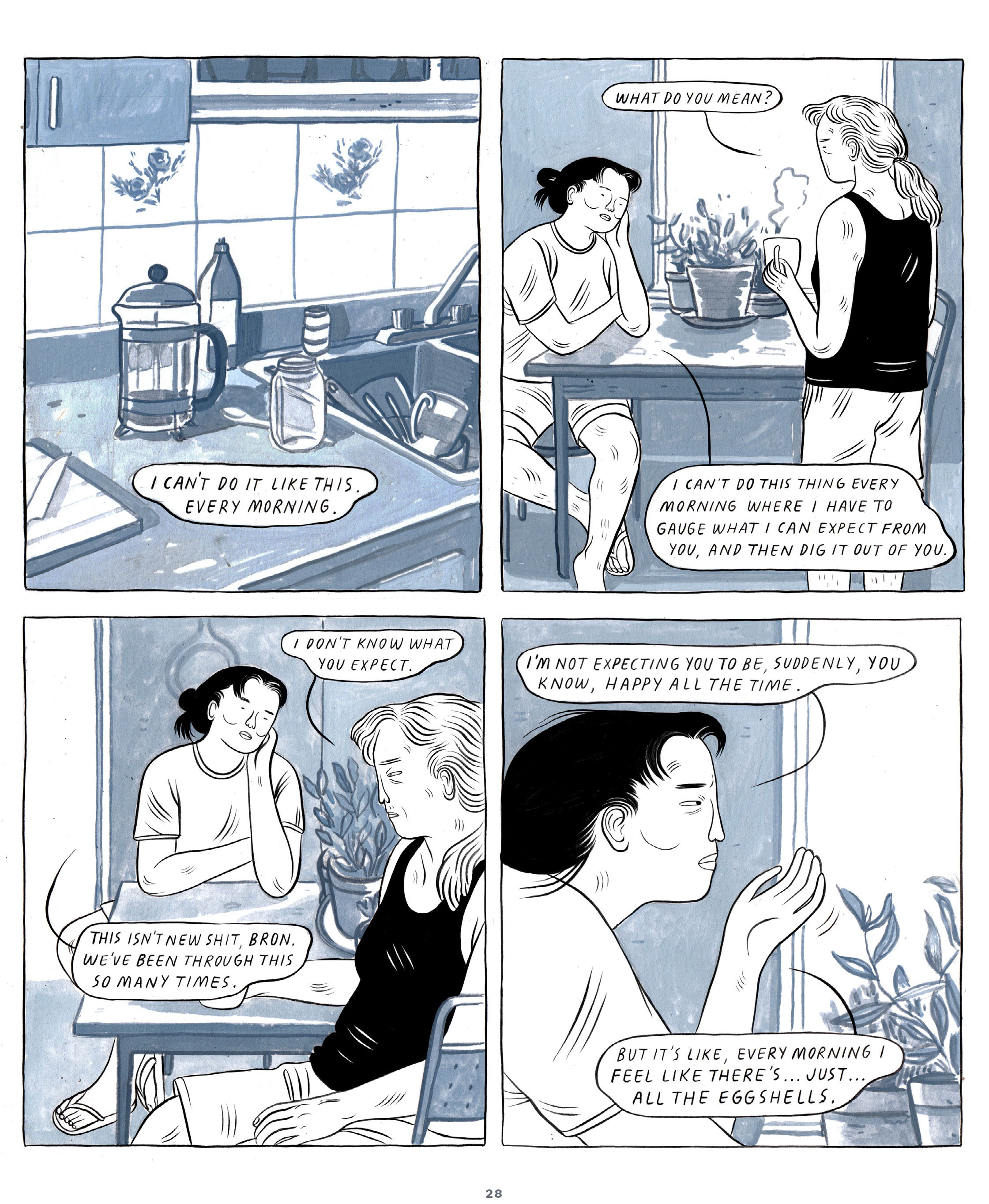 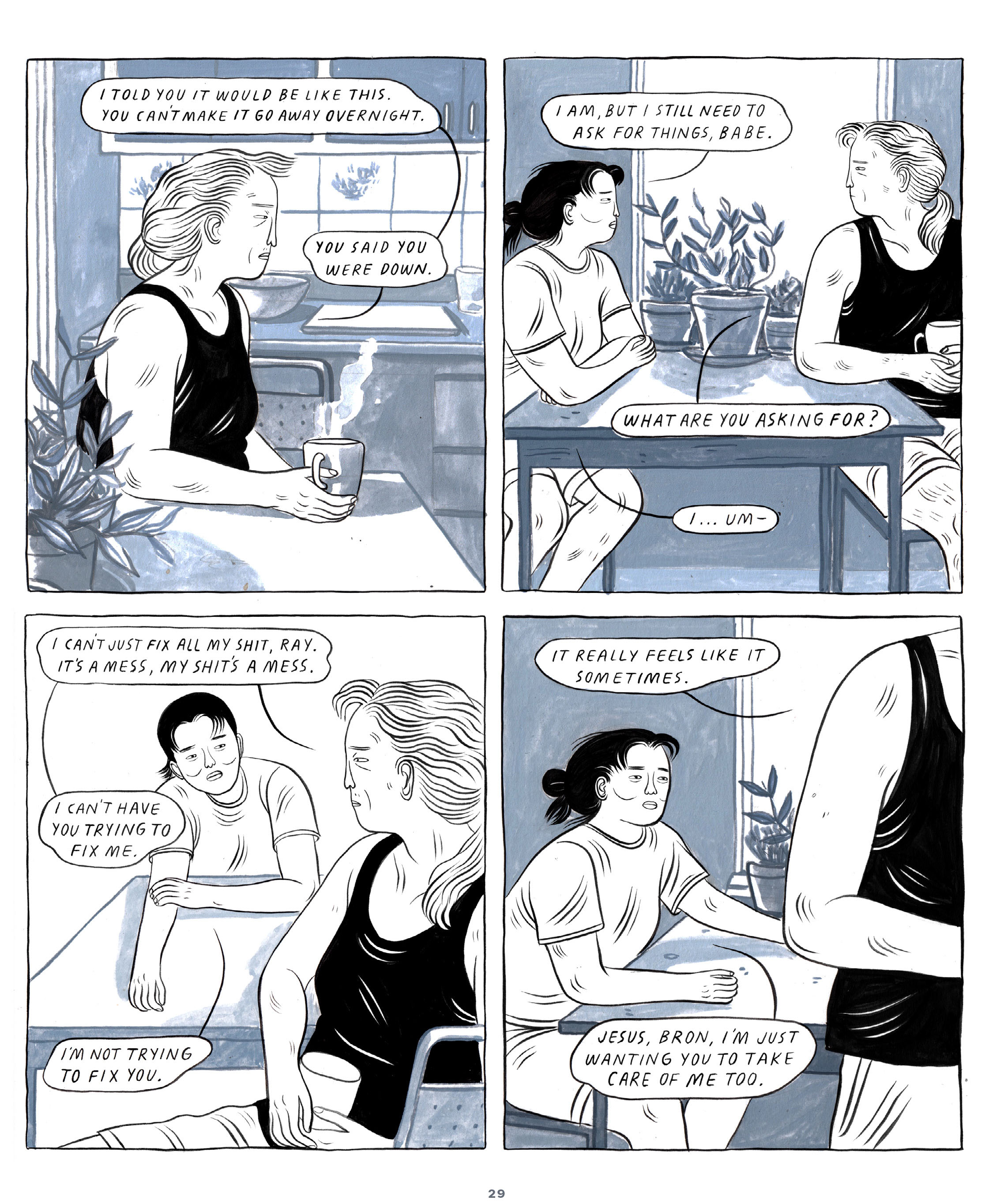 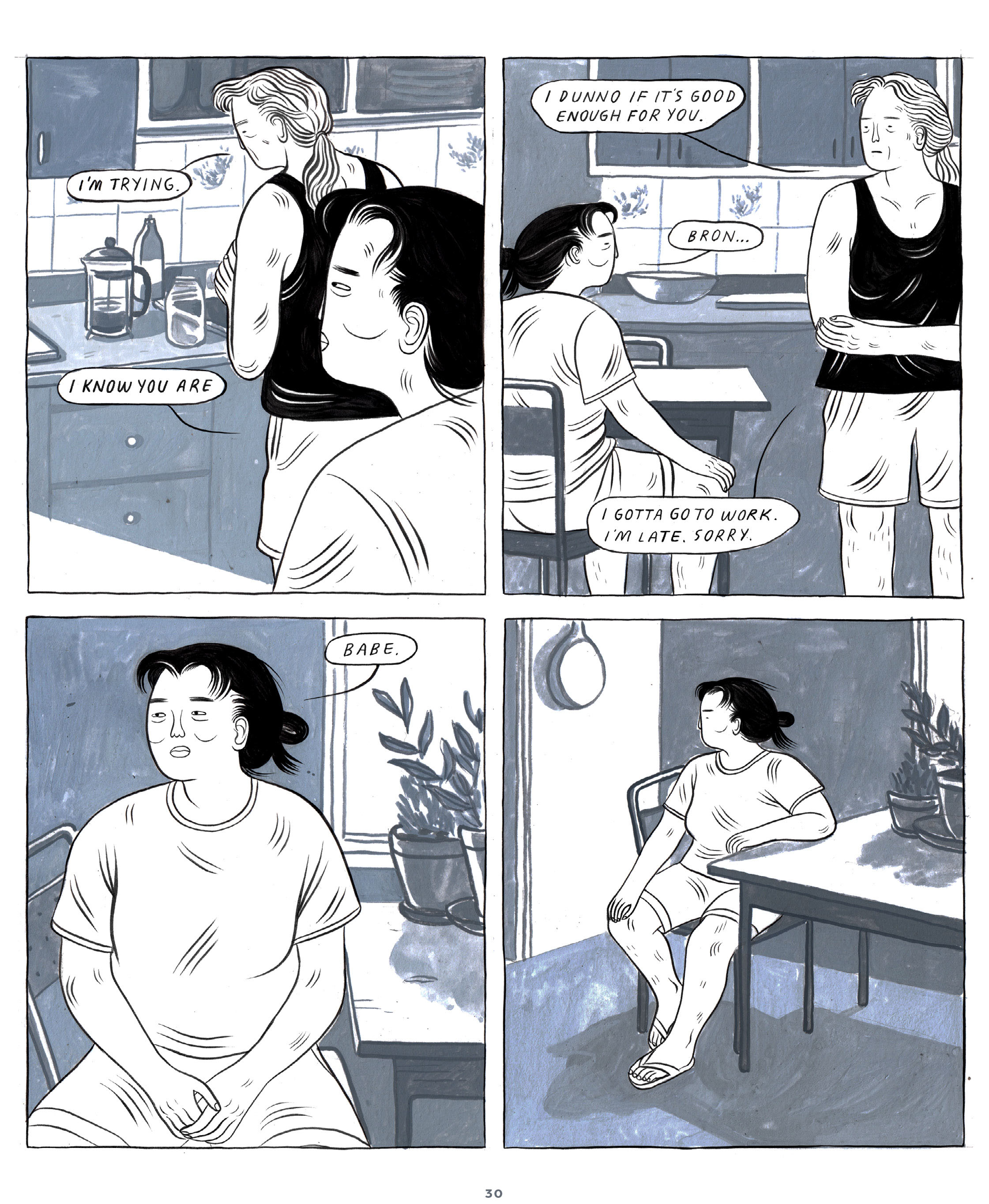 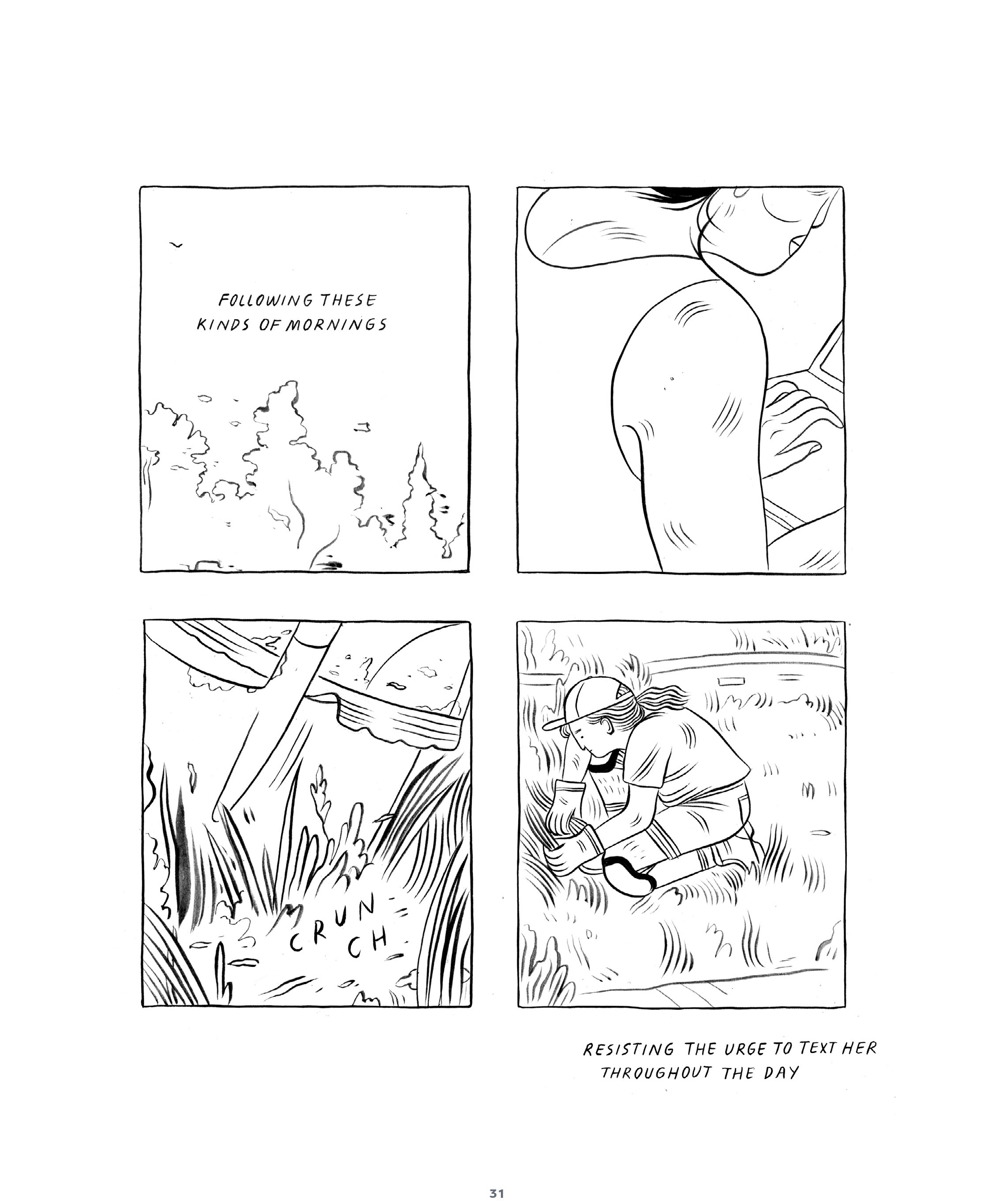 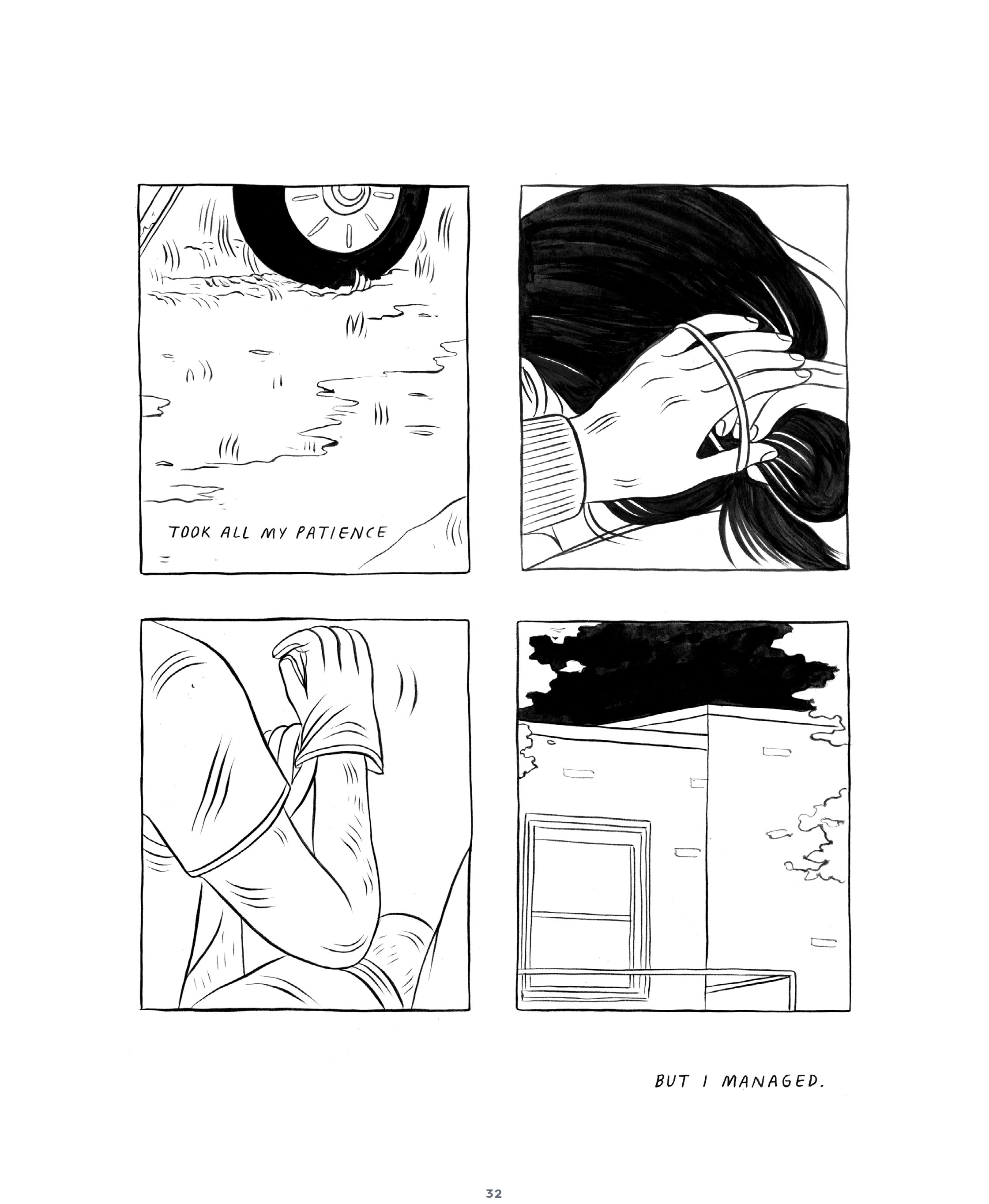 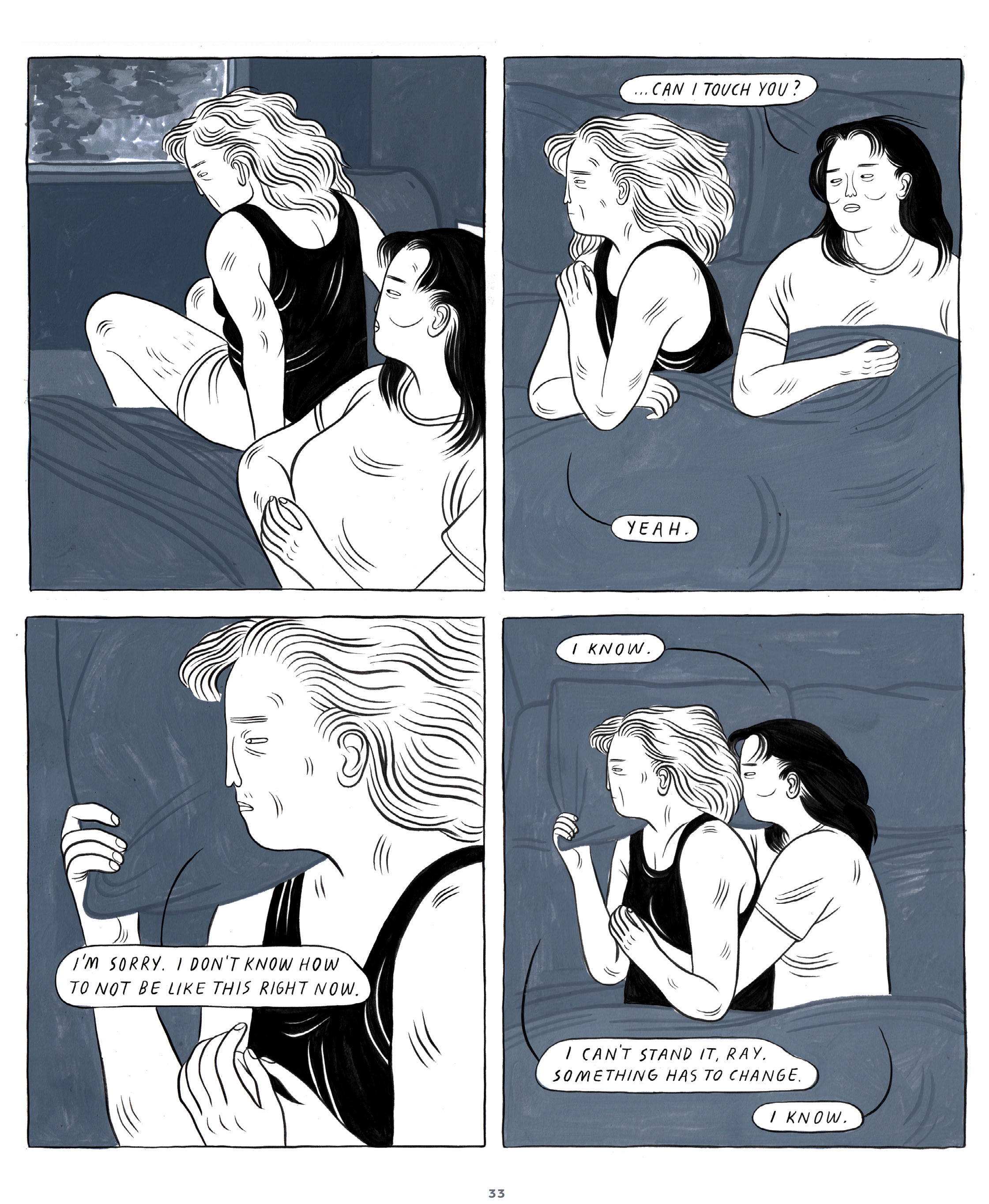 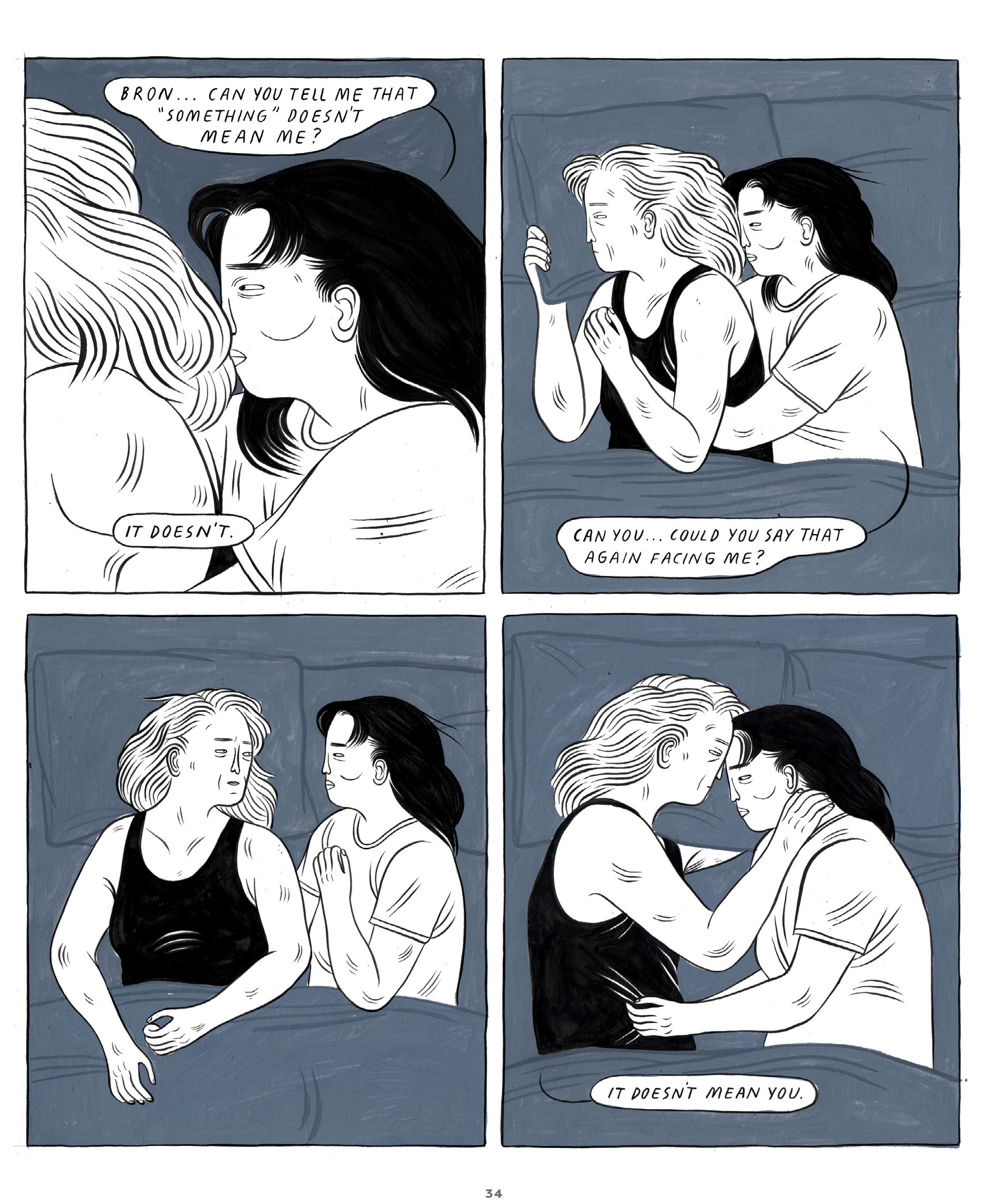