The Leavers
by Lisa Ko 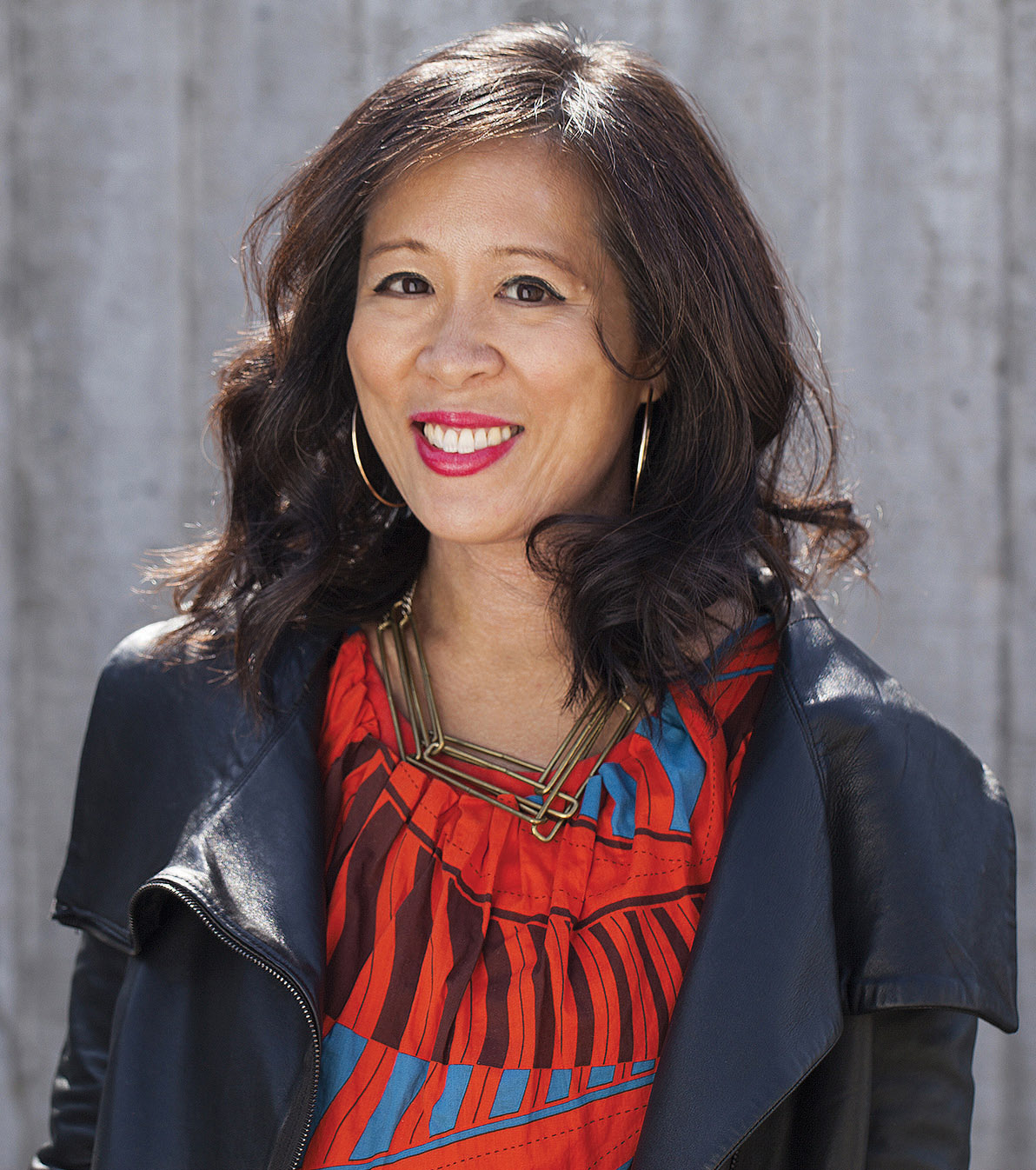 The day before Deming Guo saw his mother for the last time, she surprised him at school. A navy blue hat sat low on her forehead, scarf around her neck like a big brown snake. “What are you waiting for, Kid? It’s cold out.”

He stood in the doorway of P.S. 33 as she zipped his coat so hard the collar pinched. “Did you get off work early?” It was four thirty, already dark, but she didn’t usually leave the nail salon until six.

They spoke, as always, in Fuzhounese. “Short shift. Michael said you had to stay late to get help on an assignment.” Her eyes narrowed behind her glasses, and he couldn’t tell if she bought it or not. Teachers didn’t call your mom when you got detention, only gave a form you had to return with a signature, which he forged. Michael, who never got detention, had left after eighth period, and Deming wanted to get back home with him, in front of the television, where, in the safety of a laugh track, he didn’t have to worry about letting anyone down.

Snow fell like clots of wet laundry. Deming and his mother walked up Jerome Avenue. In the back of a concrete courtyard three older boys were passing a blunt, coats unzipped, wearing neither backpacks nor hats, sweet smoke and slow laughter warming the thin February air. “I don’t want you to be like that,” she said. “I don’t want you to be like me. I didn’t even finish eighth grade.”

What a sweet idea, not finishing eighth grade. He could barely finish fifth. His teachers said it was an issue of focus, of not applying himself. Yet when he tripped Travis Bhopa in math class Deming had been as shocked as Travis was. “I’ll come to your school tomorrow,” his mother said, “talk to your teacher about that assignment.” He kept his arm against his mother’s, loved the scratchy sound of their jackets rubbing together. She wasn’t one of those TV moms, always hugging their kids or watching them with bemused smiles, but insisted on holding his hand when they crossed a busy street. Inside her gloves her hands were red and scraped, the skin angry and peeling, and every night before she went to sleep she rubbed a thick lotion onto her fingers and winced. Once he asked if it made them hurt less. She said only for a little while, and he wished there was a special lotion that could make new skin grow, a pair of superpower gloves.

Short and blocky, she wore loose jeans—never had he seen her in a dress—and her voice was so loud that when she called his name dogs would bark and other kids jerked around. When she saw his last report card he thought her shouting would set off the car alarms four stories below. But her laughter was as loud as her shouting, and there was no better, more gratifying sound than when she slapped her knees and cackled at something silly. She laughed at things that weren’t meant to be funny, like TV dramas and the swollen orchestral soundtracks that accompanied them, or, better yet, at things Deming said, like when he nailed the way their neighbor Tommie always went, “Not bad-not bad-not bad” when they passed him in the stairwell, an automatic response to a “Hello-how-are-you” that hadn’t yet been issued. Or the time she’d asked, flipping through TV stations, “Dancing with the Stars isn’t on?” and he had excavated Michael’s old paper mobile of the solar system and waltzed with it through the living room as she clapped. It was almost as good as getting cheered on by his friends.

When he had lived in Minjiang with his grandfather, Deming’s mother had explored New York by herself. There was a restlessness to her, an inability to be still or settled. She jiggled her legs, bounced her knees, cracked her knuckles, twirled her thumbs. She hated being cooped up in the apartment on a sunny day, paced the rooms from wall to wall to wall, a cigarette dangling from her mouth. “Who wants to go for a walk?” she would say. Her boyfriend Leon would tell her to relax, sit down. “Sit down? We’ve been sitting all day!” Deming would want to stay on the couch with Michael, but he couldn’t say no to her and they’d go out, no family but each other. He would have her to himself, an ambling walk in the park or along the river, making up stories about who lived in the apartments they saw from the outside—a family named Smith, five kids, father dead, mother addicted to bagels, he speculated the day they went to the Upper East Side. “To bagels?” she said. “What flavor bagel?” “Everything bagels,” he said, which made her giggle harder, until they were both bent over on Madison Avenue, laughing so hard no sounds were coming out, and his stomach hurt but he couldn’t stop laughing, old white people giving them stink eye for stopping in the middle of the sidewalk. Deming and his mother loved everything bagels, the sheer balls of it, the New York audacity that a bagel could proclaim to be everything, even if it was only topped with sesame seeds and poppy seeds and salt.

A bus lumbered past, spraying slush. The walk sign flashed on. “You know what I did today?” his mother said. “One lady, she had a callus the size of your nose on her heel. I had to scrape all that dead skin off. It took forever. And her tip was shit. You’ll never do that, if you’re careful.”

He dreaded this familiar refrain. His mother could curse, but the one time he’d let motherfucker bounce out in front of her, loving the way the syllables got meatbally in his mouth, she had slapped his arm and said he was better than that. Now he silently said the word to himself as he walked, one syllable per footstep.

“Did you think that when I was growing up, a small girl your age, I thought: hey, one day, I’m going to come all the way to New York so I can pick gao gao out of a stranger’s toe? That was not my plan.”

Always be prepared, she liked to say. Never rely on anyone else to give you things you could get yourself. She despised laziness, softness, people who were weak. She had few friends, but was true to the ones she had. She could hold a fierce grudge, would walk an extra three blocks to another grocery store because, two years ago, a cashier at the one around the corner had smirked at her lousy English. It was lousy, Deming agreed.

The Leavers by Lisa Ko by Poets & Writers

From The Leavers. Printed by permission of Algonquin Books. Copyright © 2017 by Lisa Ko.