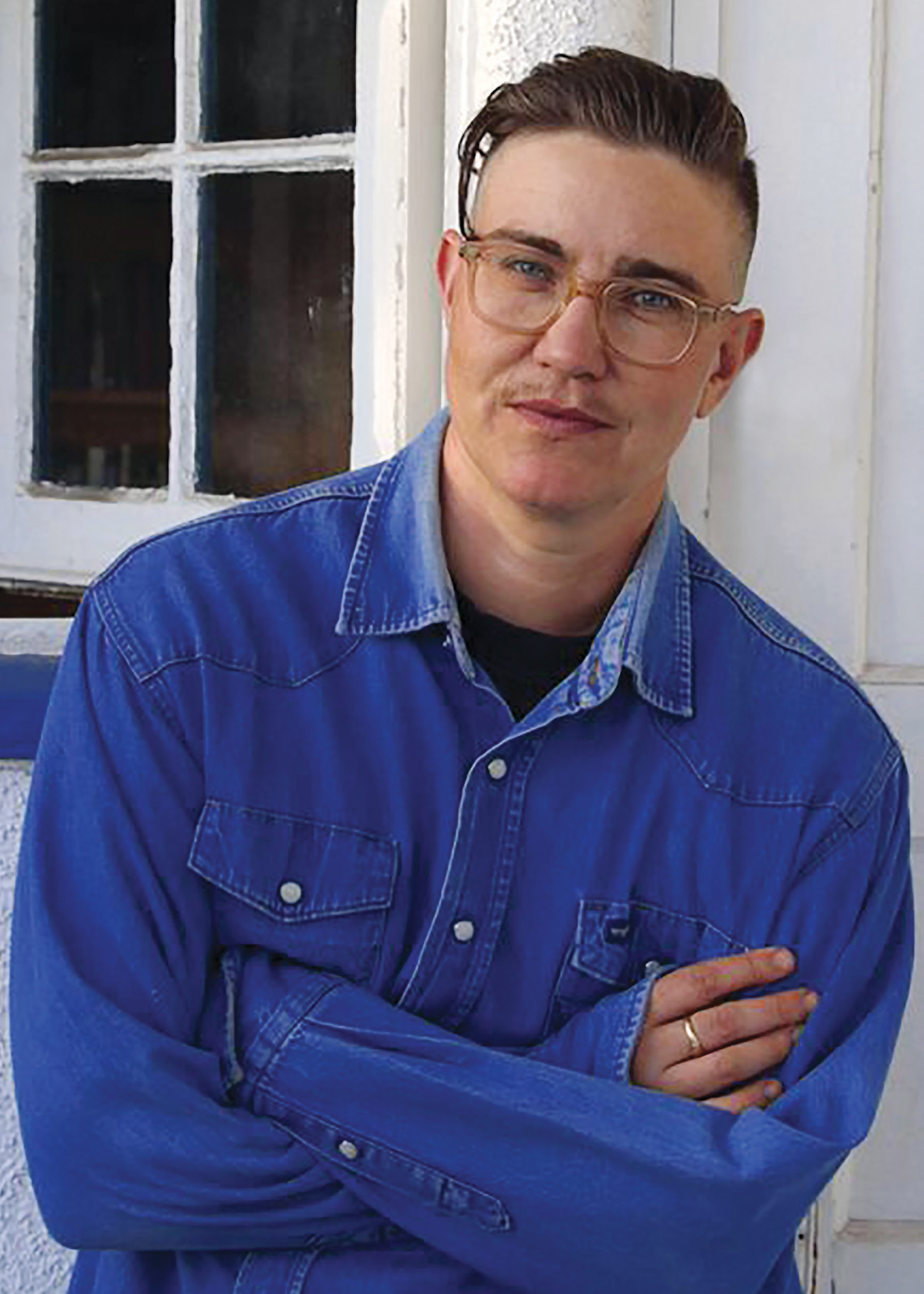 In my sleep I was plagued by large animals—teams of grizzlies, timber wolves, gorillas even came in and out of the mist. Once the now extinct northern white rhino also stopped by. But none of them came as often or with such a ferocious sexual charge as what I, mangling Latin and English as usual, called the Walri. Lying there, I faced them as you would the inevitable. They were massive, tube-shaped, sometimes the feeling was only flesh and I couldn’t see the top of the cylinder that masqueraded as a head or tusks or eyes. Nonetheless I knew I was in their presence intuitively. There was no mistaking their skin; their smell was unmistakable too, as was their awful weight.

During these nights (the days seemed to disappear before they even started) I was living two miles from a military testing site. In the early morning and throughout the day the soft, dense sound of bombs filled the valley. It was comforting somehow. Otherwise I was entirely alone.

This seemed a precondition for the Walri—that I should be theirs and theirs only. on the rare occasion that I had an overnight visitor to my desert bungalow the Walri were never around. Then the bears would return in force, maybe even a large local animal like a mountain lion or goat, but no form’s density came close to walrusness. So I became wary and stopped inviting anyone out to visit at all.

The days, unmemorable, had a kind of habitual slide. I would wake up with the sun and begin cleaning the house. No matter how tightly I’d kept the doors shut the day before, dust and sand and even large pieces of mineral rock seemed to shove  their way inside. I swept these into piles. Then the dishes that I barely remembered dirtying—some mornings it was as if the whole artillery of pots and pans had been used in the night by someone else—then the trash (again always full), then some coffee. Eight o’clock.

This work done, I sat in various chairs in the house following the bright but pale blades of light. I was drying out. oh, an LA friend said somewhat knowingly, from the booze? But I had alcohol with me, plenty of it. It wasn’t that. I moved as if preprogrammed. only later did I realize that my sleep was so soggy that it took strong desert sun to unshrivel me and since it was the middle of winter and the beams were perforce slanted, I’d take all of it I could find.

For lunch I got in my car and drove into town, to the empty parking lot of Las Palmas. There were many Mexican joints along the highway that also functioned as Main Street. I hadn’t bothered to try them out. Las Palmas, with its vacant booths, dusty cacti, and combination platter lunch special for $11.99 including $4 house margarita, was fine.

A waitress named Tamara worked there. She seemed like the only one. She wasn’t my type—so tall she bent over herself and a bona fide chain-smoker. Sometimes to order you’d have to exit your booth and find her puffing outside. A friend who had borrowed the bungalow before I did told me about Tamara and so if I had a crush at all it was an inherited one that even came with inherited guilt—from having taken her on once he could no longer visit her. Regardless, we barely spoke.

I had things I was supposed to be doing, more work than I could accomplish even if I
duct-taped my fists to my laptop, but none of it seemed relevant to my current state. In the afternoons I drove back home slowly, always stopping for six-packs of beer at the Circle K. I enjoyed the task. The beer evaporated once I stuck it in my fridge—it was there and then, it was gone.

My sleeping area was simple: a bed on a plywood platform. A wooden dresser. Built-in closets and a cement floor. At first  I would wake up in the night from the sheer flattening silence of the desert. It was impossible that the world still existed elsewhere. After that initial jolt, relief.

Don’t you miss it? my same friend said during our weekly telephone chats. But I couldn’t explain the euphoria of walking up and down the chilly aisles of Stater Bros. In week-old sweatpants if I wanted, uncounted by life. Would I buy refried or whole beans? This brand or that? It didn’t matter, no one cared.

It was in these conditions that the Walri arrived.

I’d slept as usual for the first few hours, heavily, in a kind of coma state. Then had woken, I thought to pee. But lying there with the gritty sheets braided around me, the violet light that was created from the fly zapper, the desert cold that was entering through the gaps and cracks in the fire’s absence—I felt a new form of suffocation.

It wasn’t supernatural. I’d also had that. The sense of someone’s vast weight sitting on the bed with you or patting your body with ghostly hands. This breathless feeling was larger, as if I was uniformly surrounded by mammoth flesh.

Dream parts snagged at me. Slapping sounds and hose-like alien respiration. I felt I was wrestling within inches of what must be—since I couldn’t breathe—the end of my life. Now the lens of my dream panned backward and I saw my opponent in his entirety.

He lay (if that’s what you could call it) on my bed, thick and wrinkled, the creases in his hide so deep I could stick my arms between them. His teeth were yellow and as long as my legs.

“I’m sexually dormant,” I said aloud to him. “But I want to put my balls in someone’s face.”

Then somehow light was peeling everything back for dawn.

From Large Animals. Used with permission of Catapult. Copyright 2017 by Jess Arndt.