Disturbing the Lyric “I”

In our Craft Capsules series, authors reveal the personal and particular ways they approach the art of writing. This is no. 152. 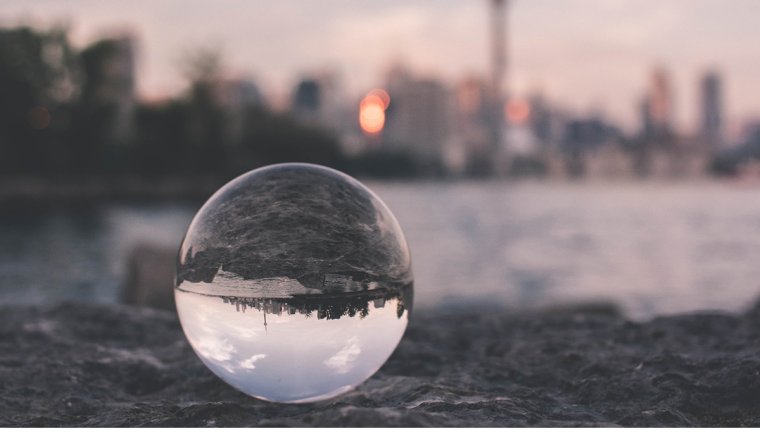 I’m a lyric poet. Many of my poems have a first-person point of view led by an immediate and steady “I.” You see, I’m a storyteller. “I” have something to tell you, to share with you: my interior life, my experience, the depths of my emotion, my music. The lyric “I” is a vessel for this and more. At the Academy of American Poets’ 2015 Poets Forum in New York City, I attended a panel called “Tracing the Lyric” featuring Mark Doty, Linda Gregerson, and Jane Hirshfield. I review my notes from this panel often, and there is one idea in particular that has stayed with me: “We inherit this idea of the lyric as private,” I jotted down. “Yet it has the ability to be social, unstable, aggrieved, one among many.”

This notion of the lyric as “social, unstable, aggrieved” felt relevant to my reading of Randall Horton’s most recent poetry collection, {#289-128} (University Press of Kentucky, 2020), titled after his state prison number. As I’ve been exploring ways to be more flexible in my poetry—to rely less on the “private” lyric “I”— I’ve been seeking poetry that takes a different approach. The poems in Horton’s {#289-128} “address the prison industrial complex, the carceral state, the criminal justice system, racism, violence, love, resilience, hope, and despair while exploring the idea of freedom in a cell,” as a description on Horton’s website puts it.

Horton’s radical approach to the lyric is apparent from the collection’s opening poem. In “: ANIMALS,” the speaker takes the perspective of both a fly on the wall and an intimate part of the environment. The poem is less concerned with narrating the speaker’s “private” experience than with providing the bigger picture, setting both the scene and the condition of the people incarcerated. The poem opens on the prison’s exterior:

As it goes on, Horton enters the prison:

The poem closes on the incarcerated individuals themselves, “asking is this how the story ends?”

In an interview with Gee Henry in Hypertext, Horton describes his strategy in the collection as “forsaking the ‘I’ for the sake of the ‘I.’ If I am going to bear witness, then the narrative needs to tell the whole truth.”

Part of the “whole truth” of prison life is the way it breaks down the humanity of those who are incarcerated: in effect, a killing of the “I” within oneself. A direct result of the dehumanizing prison experience is dissociation from emotions like fear and empathy, a disintegrated sense of self, and being trapped in survival mode. In an interview with Steven C. Tracy in MELUS: Multi-Ethnic Literature of the United States, Etheridge Knight explains:

See, when you go in prison, the first thing most guys do in jail is to somehow build a still kind of protection around their bellies. They try not to feel ‘cause it’s painful to feel in that joint, you know what I mean? Sometimes they build such a deep shield they become cut off from their feelings almost. I mean this is a situation.

Unsurprisingly, then, the first-person only appears twice in the sixteen poems of the first section of Horton’s book, aptly titled “Property of the State.” The poems in this section emphasize the speaker’s break with the self—that killing of the lyric “I.” Observe these lines from “: .OR. THIS MALUS THING NEVER TO BE CONFUSED WITH JUSTICE”:

nothing symbolic. okay. dark is dark—
cage is cage. hunted & hunter are both

in the literal. make believe & what ifs
do not exist: a lie. nothing cryptic here.

okay. rape is rape. prey must pray. no
minute in the future safe from quiet

The punctuation creates a staccato effect, projecting the utterances in a matter-of-fact tone, and presenting the dehumanizing realities of prison life: rape, murder, suicide, and the constant threat of other kinds of physical violence. We can hear in the pacing of these lines—of the repeated “okay,” almost breathless—the process of dissociation from self, or the “I.”

In the collection’s second section, “Poet in Residence,” the “I” becomes present through an ever more intrusive poetic consciousness, as opposed to a singular voice. The section’s title is a play on the academic position of poet-in-residence, but in this case the distinguished position is in prison. (Horton jokingly claims the distinction of being the only tenured college professor with seven felony convictions.) These poems are marked by an intentional use of punctuation that creates a unique typography, squeezing, bending, and breaking open of the stream of consciousness. The poems blend images of the concrete prison environment with meditations on and philosophical interrogations of the so-called justice system and ideas of guilt versus innocence. Horton says, again in the Hypertext interview:

I have always been more interested in everything around the “I” in terms of personal aesthetics. There is a collective (We) in {#289-128} that puts humanity on display and trial. Yes, I have witnessed and/or experienced the ugly that is the inside, and I could situate myself as a rhetorical witness and recount from memory countless thematic threads, but in doing that, I feel that I’m not giving the reader everything I can in terms of a total experience—what about the couple in Cell 22? Actually, I feel I am doing the reader and poetry a disservice if I don’t go down these roads of creative inquiry.

Horton’s aesthetic ideas about first-person narrators echo traditions of the Black Aesthetic. One of Ron Karenga’s three criteria for the Black Arts Movement come to mind: that “the artist must be prepared to sacrifice her or his own individuality and, instead, always write with the good of the people in mind.” Unofficially, it is commonly accepted that a refusal to adhere to “standard English” conventions must also be present. For example, as the “I” begins to enter the poems in {#289-128}, it is lowercased. In the poem “:  On Reflection,” Horton writes: “because a box is a box humans are cultivated / into said box without choice or explanation, specimens / only existing—as in: (you—i—us). frame & flesh.” In other poems, he uses a capital “I” in brackets—“[I]”—deemphasizing the importance of the “I,” but still acknowledging its presence.

This exploration of the lyric “I” continues and expands in the book’s third section, as the deemphasized “I” becomes a blended omniscient narrator. The speaker is still a fly on the wall, as in the book’s opening section. “: SUBWAY CHRONICLES” offers an interesting example of what Horton’s “[I]” enables him to accomplish:

& [I] of no significance until he exits—
the grinding wheels pull away
from 155th—a ghost compartment now
analogous to time spent in solitary.
i occupied this same mute hush

It is clear that Horton has taken up Knight’s call for Black poets to “create new forms and new values, sing new songs (or purify old ones).” By disturbing the “I” and expanding the speaker’s possibilities, Horton also expands how and what the reader feels, experiences, and understands.

Roberto Carlos Garcia is the author of several books, including What Can I Tell You?: Selected Poems (FlowerSong Press, 2022) and Traveling Freely, an essay collection forthcoming from Northwestern University Press in 2024. He is the founder of Get Fresh Books Publishing, a literary nonprofit.

In Defense of Interiority and Backstory
by Blake Sanz | Craft Capsules 12.12.22

The author of The Boundaries of Their Dwelling considers how best to get into characters’ heads.

The author of The Boundaries of Their Dwelling explores fiction’s holy commandments—and when a writer has license to defy them.