When to Break the Rules

In our Craft Capsules series, authors reveal the personal and particular ways they approach the art of writing. This is no. 150. 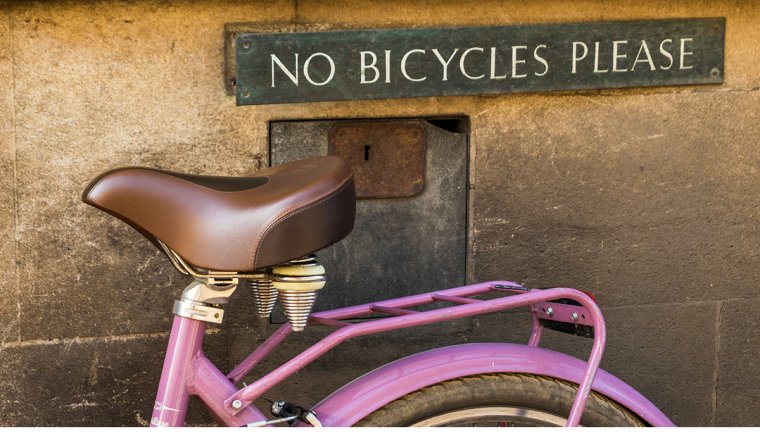 If you’ve tried writing stories or novels for some time, you’ve probably come to hold a few rules as inviolable. For example, there is a belief in MFA circles that switching point of view without obvious signaling is a blatant mistake, that to do so constitutes a mortal sin against the reader’s attention and may even indicate a writer who has lost control of their story—or worse yet, a writer who seems not to care about controlling it. Yet I can think of many moments in well-regarded works by award-winning writers in which precisely this move is made: The point of view abruptly shifts. Those moments engage me as a reader, and they clearly worked for the editors and publishers who vetted them. But I wonder what might have been said of those point-of-view shifts if the stories in which they appeared had been put up for critique in an MFA workshop.

I’m thinking about Nadine Gordimer’s The Pickup, her 2001 novel that closely follows several characters from an omniscient point of view: Ibrahim, a Muslim immigrant to South Africa working as a mechanic; Julie, a white woman of wealthy lineage; and a distant third-person voice unattached to either character. As we watch Ibrahim and Julie cautiously move toward and through an unlikely romantic pairing, Gordimer takes great, almost reckless license with when and how she moves in and out of the characters’ heads. Sometimes those moves happen within a single chapter, without any clear signal to indicate a perspective shift; a few times, they even occur mid-paragraph.

I should admit that, as a professor in an MFA program, I usually flinch when I witness a student shift point of view in the middle of a paragraph, or even when one tries more intentionally to braid two or three points of view within a seven-page story. It’s a natural teacher-reflex, one that was likely inculcated in me during my own time as a student, though I can no longer remember where I originally picked it up. I mostly believe what I tell my students: Point of view is such a fundamental part of the architecture of any story that changing it often creates more problems than it solves. The change can be a sign that the writer is still figuring out how best to tell the story, or a subconscious attempt at experimentation. And even when a student is more intentional about point-of-view modulations, they may be unsuccessful because we as readers feel robbed of the joy of sinking into one character’s unique way of seeing life unfold.

I believe all of this. And yet I also love The Pickup precisely for how Gordimer manages to undo my understanding of what is possible with point of view. How does she get away with it? And when and how can any of us mere mortals do the same?

My sense is that in The Pickup—a novel in which readers’ intrigue emerges from the chance to witness wildly different and abutting perceptions of culture, class, and race—the shifts work because they show us those tensions in real time, within a single moment. In one part of the book, for example, the couple faces immigration issues for Ibrahim and must leave South Africa for the tiny unnamed African village from which he came. It’s an adventure for her, a moment of dread for him, and that gulf between them becomes apparent in the following scene soon before they depart, with Julie speaking first:

Come. We must take coffee.

He does not like this sort of claim by intimacy, this manner of talk doesn’t come well from a woman one makes love to. A woman who was not even considered to be for him.

She was not aware that she had offended his sensibilities but she once again took and squeezed his hand while they sat at a little tin table outside the shop and drank two small glass cups of coffee. I’m here, I’m here. We’re here.

He sees that this—the first cup of coffee at the EL-AY Café, the love-making in her bed, the wild decision to come to this place, this country, from which she could not be dissuaded, even—yes—the marriage he then had no choice to but to insist on—all this was another of the adventures she prided herself on being far enough from her father’s beautiful house always to be ready for. But how ready, now, for what is at the end of the bus ride.

Gawk with me! First we are in Ibrahim’s head for a comment on Julie’s “claim by intimacy,” then we shift into Julie’s head to witness her squeezing his hand and telling herself, We’re here. Then we return to Ibrahim’s head to recall what their relationship has been like, and what dread is associated with what it is becoming. How does Gordimer manage it? Maybe because she is so bold. Because she switches perspective often enough that we’re never in doubt that such moves are intentional. Because she knows that the engine that drives the story is the unspoken difference in how each of these characters perceive their circumstances together. And what better way to dramatize this difference than to continually juxtapose the characters’ private thoughts?

The hard part for those of us who would like to take a lesson from this example is that those reasons might not apply to our own, very different story drafts. What works for her may not work for us. But the lesson might be this: If you’ve got a clear vision for how some radically “wrong” move might benefit your narrative, then maybe you should at least allow yourself to draft toward that “wrongness,” even if you seem to be violating some long-revered principle of fiction writing. None of us are Gordimer, but the more we allow ourselves to think outside the confines of long-held maxims of fiction writing, the more likely it is that we’ll find a path forward that our stories are wanting us to discover.