In Defense of Interiority and Backstory

In our Craft Capsules series, authors reveal the personal and particular ways they approach the art of writing. This is no. 151. 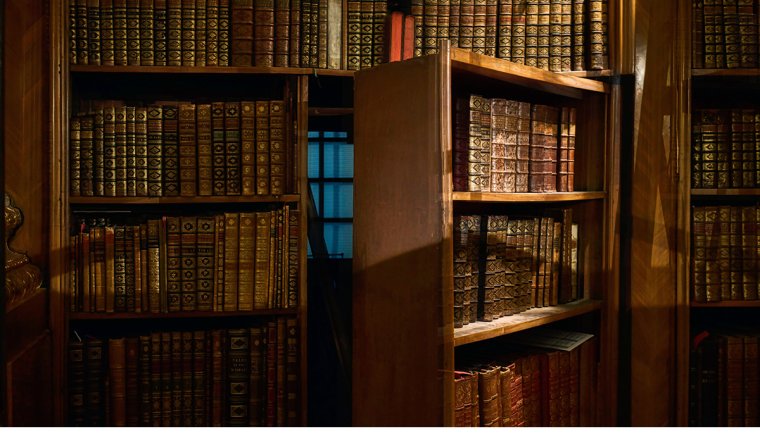 My first lesson in a fiction workshop was that a story can be defined as “a sequence of scenes that defines a conflict.” But what about those parts of a story that are definitively not scenic? Ever since that lesson, I’ve wondered about this. Zadie Smith has argued that fiction writers must justify why their stories need words at all, and that often the best answer is that novels and short stories give readers access to characters’ heads in ways movies and TV cannot. Indeed, many of my favorite parts of stories are ones where I learn about the consciousness of a protagonist, their inner emotional states. I’m thinking in classic terms, for example, about the delicious psychology of Jane Austen’s protagonists, or the compelling morass of guilt and madness to be found in Dostoevsky. But I’m also thinking about more contemporary mind trips like André Aciman’s Call Me By Your Name or the memories and interior states of the female protagonists in Kali Fajardo-Anstine’s Sabrina & Corina.

For writers, this involves having characters either remember things (i.e. giving backstory) or process thoughts (i.e. revealing interiority). But how to do these things well? In the hands of an amateur storyteller, there is nothing more certain to turn off a reader than to digress into an expository paragraph that feels superfluous, or to insert a character’s thoughts at what seems like an artificial moment. But how to discern when witnessing a character’s way of thinking might be precisely what the reader wants? How to tell when backstory or exposition is superfluous, versus when it might become the very passage that unlocks something essential for a reader’s understanding of a character’s experience of living?

Brandon Taylor addresses this in his newsletter, which is so good it’s been praised by the Paris Review: “When taking on backstory, it’s not just When I was little, I got my leg broken,” he writes. “Backstory should flow from the needs of the character and the story and the moment, and it should, or can at least, operate as a modulating force upon the story. Don’t just fill in the gaps in the narrative. Consider the emotional dimension of your characters’ history. And how…the revelation of the past...shape[s]...what a character is feeling or doing in the present.”

Here Taylor is speaking of backstory—that is, what happened before the present action of a narrative—versus interiority, perhaps defined as writing that accesses a character’s inner life. But in both cases the point of such writing should not be to fill plot holes, but to help us get to know a character better. Flannery O’Connor once said that she knew that a story was finished when it had fully revealed the mystery of a character’s personality. If we think about interiority or backstory in that light, it becomes easier to justify why one might “resort” to these modes.

Early in my drafting process, I’m not so much writing interiority or backstory to reveal the mystery of character, but rather because I’m still inventing the character. I’m still figuring out what happened. I’m still figuring out what the inner life of my character even is, more so than carefully controlling when and how I reveal that information. It’s only after I’ve done that work of invention that I can think wisely about where and when to place interiority or backstory, how much of it might be needed, how to insert it.

And even then, I’m judicious in doling it out. I look for ways to combine scene and interiority together. Take as an example this passage from Jamel Brinkley’s A Lucky Man, in which interiority and scene are blended so well. In what follows, an excerpt from his story “No More Than a Bubble,” two single guys on the make have crashed a house party, hoping to hook up. Then, after meeting two women they’ll pursue the rest of the story, Brinkley gives us this:

“Dizzy chicks,” Claudius said, and we gave each other these goofy, knowing grins. The main difference between a house party in Brooklyn and a college party uptown was that on campus you were just practicing. You could half-ass it or go extra hard, either play the wall or go balls-out booty hound, and there would be no actual stakes, no real edge to the consequences. Nothing sharp to press your chest against, nothing to brave. You might get dissed, or you might get some play. You would almost certainly get cheaply looped. But at the end of the night, no matter what, you would drift off to sleep in the narrows of a dorm bed, surrounded by cinder block walls, swaddled in twin extra-long sheets purchased by someone’s mom.

The first sentence grounds us in scene. The rest of the paragraph offers both interiority, a commentary on parties of this sort, and some backstory: information about the characters’ forays off campus to festivities in Brooklyn and how they approach them. Why does it work? Because it delineates a specific way this narrator sees his life at this time. Because knowing that the narrator thinks this way teaches me how to witness his pursuits later in the story. Because the language is sharp and precise, and it’s fascinating to be inside this head. And importantly, his commentary is directly related to the present scene. As a result, we are not pulled out of the moment. And in that subtlety lies the magic of this trick of fiction: the art of providing a character’s modes of thought while masking the fact that we’ve stepped out of the scene for a moment. Ultimately even if we as readers don’t always know it, this is what we want from story: to be held in a scene, yes, but also to inhabit that scene from inside the head of a specific character whose vision lends the action a particular shape and color that can only be communicated via the written word.

The author of The Boundaries of Their Dwelling explores fiction’s holy commandments—and when a writer has license to defy them.