Michelle Wildgen is the author of You're Not You (Thomas Dunne Books, 2006), a New York Times Editor's Choice and one of People magazine's Ten Best Books of 2006. A film by Hilary Swank and Denise DiNovi based on the novel is currently in development. Her second novel, But Not for Long (Thomas Dunne Books), was published last October. She's the senior editor of Tin House Magazine and a serious cook, who lives in Madison, Wisconsin. When she's not writing or editing, she's visiting farmers markets and exotic groceries, as well as finding loopholes in FDA law for ordering imported cheeses on the Internet. 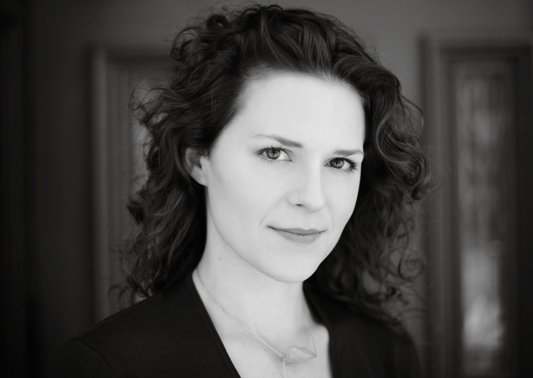 How does cooking play into your writing process?
It ends up being a really handy thing at the end of the day. There are those times when you hit your limit of usefulness for the day. You write, you edit, you generate work, and you're living in this one little spot of the brain almost all the time, so it's a massive release to stand up, to use your hands, to let your mind wander in the way it does when you're engaged differently. That's usually how I use it—to feel like I'm still accomplishing something pleasurable in a completely different way.

Do you ever use cooking when you're stuck in a certain spot in a story?
I cook in the same way that I write. Another good friend of mine is a cook in a really different way than I am in that he does it very technically; I'll just go ahead and make it. Later on I'll be like, "That didn't work so well because I did X, Y, or Z." I think my writing is the same, where it's just kind of giving it a shot, messing with it, and being willing to throw it out if it fails.

Are you the type of writer who has to work in a certain environment?
I usually sit at my really crappy little thirty-dollar Ikea desk. I thought when we moved [to Wisconsin] that I'd sit and look out my big window at the trees, but in fact I sit with the shades down. I don't really notice what's around me when I'm working.

Are there certain periods where you turn more to cooking or more to writing?
For the last year I've felt like I had really almost no time to write, if I had any time at all. I still do Tin House, and I picked up another developmental-editor job and a freelance job and I would still cook from time to time. But when I was working on revisions of But Not for Long, I was just sitting there telling my husband to bring me food because there was no time to cook. I was on deadline, just sitting at my computer. There definitely are periods where it seems to be one or the other, but usually there is a much more pleasant balance. I'm not somebody who is even able to write for eight hours a day or write through the night. I write for four or five hours and I feel like that's a day well spent.

Do you think having an alternate interest—something beyond reading, writing, and editing—has made you a better writer?
I do. Especially as a fiction writer, you need other tools to build that world that is not just about...reading and writing. If that was your milieu for everything you wanted to express, it would be kind of boring. So that's where these alternate things come in for any writer. They just give you more tools. All your characters have to go around and do things. They have to want things that are material and to live in a sensory world.

You write fiction, you're an active cook, you edit for Tin House, you're married. How do you balance all of it?
There are times when I can do all of it nicely, when I turn from one thing to the next and I really enjoy the variety, and there are times when something else comes up and something else just has to fall by the wayside. And I would love to say that I don't make myself feel guilty when that happens, but I do.

When you're stuck with a project or starting a new one, where do you turn for inspiration?
A lot of times it's writing prompts, the kinds of things your teachers would give you. One of Anne Lamott's prompts in Bird by Bird is to write about school lunches. A lot of times it's food related. I'll write about what people eat when no one is around. What they love to eat or never will. I may never use it, but I like those personal things that people don't necessarily share. Forgetting about whatever plot point I'm trying to do or question I'm trying to answer about a character—that's usually what works for me.

Wildgen's Favorite Recipe
Pasta With Cauliflower, Olives, and Feta
1/4 cup olive oil
6 cloves garlic, coarsely chopped
2 dried chili peppers, crumbled (or vary the amount, to taste)
1 28-ounce can diced tomatoes in juice (I like to puree these by putting a little handheld immersion blender into the opened can, but you don't have to. However, don't use a heavy canned tomato puree—it won't have the lighter, fresher taste of the diced ones in juice, which you want.)
salt and pepper, to taste
1 head cauliflower, cut into florets
1 pound short pasta, such as ziti or penne
1/2 cup chopped fresh herbs, such as parsley, basil, tarragon, or arugula
a big handful (maybe 3/4 cup, or more if you like) of Sicilian green olives, pitted and coarsely chopped
1/2 cup crumbled feta, or more or less to taste

1. Heat a large pot of salted water to a boil.

2. Meanwhile, in another heavy-bottomed, wide pan, heat olive oil over medium heat and add garlic and chili pepper. Cook, stirring now and then, until garlic is golden but not browned. Add the tomatoes, some salt and pepper, and let it simmer for a few minutes. Then add the cauliflower pieces, lower the heat a bit, and cover. Ideally, you should add the cauliflower about the same time as you add the pasta to the boiling water. When the cauliflower is tender, you're ready to go.

3. Drain the pasta when it still feels a little firm, because you're going to finish it off in the hot tomato sauce. Add the pasta to the pan of tomato-cauliflower sauce and toss well. Add the fresh herbs and toss again, then add your olives and toss once more. When you serve the pasta, scatter the cheese over the top of the bowls. You may want to wait to taste before you add any more salt, since the olives and feta will be salty too. Serves 5–6.