Aligning Literature and the News

A year ago Beenish Ahmed was working as a daily news reporter in Washington, D.C.,  tracking big stories and crafting them into articles that would help her readers make sense of the world around them. Although she knew her work was important, Ahmed, thirty, grew frustrated with the nature of the news cycle—especially in an era of shocking political headlines by the minute—which often makes it difficult for readers to develop a detailed understanding of important issues. “I just felt like there was more to contribute,” she says by phone from her home in New York City, “and that there was a way we could go deeper while also working with the fact that people have limited bandwidth for what they can take in.” 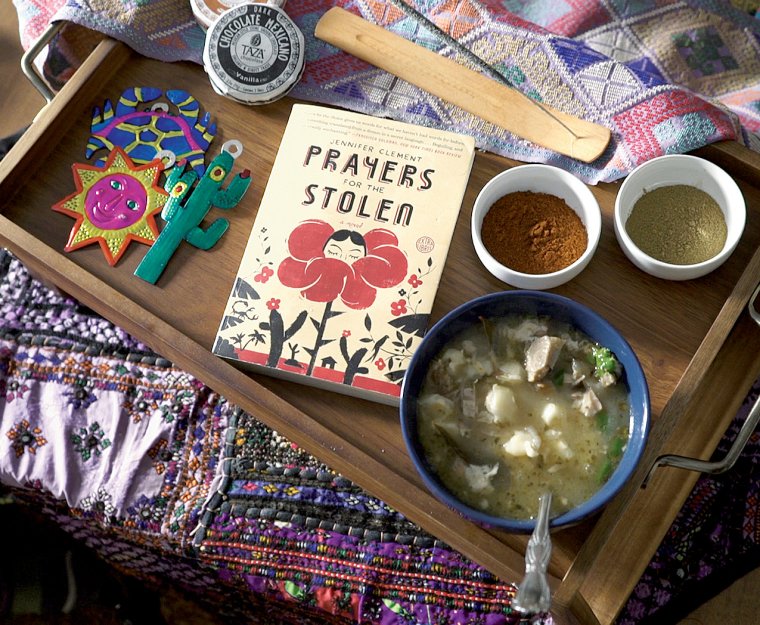 The first box from the Alignist, which includes a book, artisanal goods, and recipes.

An avid reader, journalist, and creative writer, Ahmed turned to literature for an answer. She started the Alignist, a bimonthly book subscription service she hopes will provide a different way for readers to understand sociopolitical issues and engage with other cultures. Starting in November, subscribers will receive a curated box containing a novel along with a printed “road map” providing context for current events in the book, several handmade items that Ahmed says “should feel like they fell right out of the book,” as well as food, recipes, and other ephemera from the country or region where the story takes place. Subscribers—nearly two hundred of whom have signed up so far, through Ahmed’s Kickstarter campaign and the Alignist website, thealignist.com—will also be able to participate in Q&A sessions with the authors.

The aim, Ahmed explains, is to provide “a multisensory experience to the reader” and in doing so help those readers develop a richer understanding of a place and its people and make better sense of global affairs. This immersive approach serves the Alignist’s greater mission, as Ahmed writes on the project website, to locate the “Truth” amid the facts. “That sort of goes back to that idea that art, literature, can deliver this kind of capital-T ‘Truth’ about the world,” she says. “I believe that literature can offer this deep understanding that is sometimes lost in journalism. That’s not to say that it’s not necessarily possible in journalism, but I think that there’s something about the human experience and the empathy that comes from reading and following a character through a journey that delivers a deeper sense of a place and its truths to readers.”

The first book subscribers will receive is Prayers for the Stolen (Hogarth, 2014) by Jennifer Clement. Set in the Mexican state of Guerrero, the novel recounts the story of girls kidnapped and trafficked into the sex trade by drug cartels. Although news outlets will always cover major incidents like arrests of Mexican drug kingpins or the mass kidnapping of forty-three male students in Guerrero in 2014, Ahmed notes that such stories can’t always convey how those events shape people’s daily lives over the long term. Clement’s novel, however, is just that kind of deep dive into the lived experience of young women haunted by the daily threat, and lasting reach, of drug violence in Mexico.

Clement, who also serves as president of PEN International, said she was honored to have her novel selected for the Alignist. She likened the boxes that subscribers receive to treasure chests that bring the selected books to life, and praised Ahmed for starting the project. “She’s not exactly filling a niche,” says Clement. “She’s created a niche.”

Ahmed’s criteria for selecting novels includes the story’s connection to current events in one particular country; whether the book effectively conveys a sense of people’s lives through descriptions of food, music, landscape, or other sensory factors; and how deeply the book explores the realities of a place beyond its prevailing stereotypes. Upcoming packages will explore the aftermath of terrorism in India and the rise of dictatorial rule in Syria. The cost of a subscription ranges from $30 to $60 for a single box or from $162 to $324 for a yearlong subscription.

Ahmed runs the Alignist as a passion project while she continues working as a freelance journalist. For her it’s an opportunity to “push the envelope of what journalism is” and to share the two primary ways she learns about and digests the world around her: novels and the news. “I’m a journalist, I write fiction, I write essays, and often I felt like these things were very much at odds with one another,” she says. “This is a way for me to connect all of those things for myself: my love of literature, my love of news.”

Danielle Shapiro is a freelance writer and editor living in Jackson, Wyoming. Her website is www.danielle-shapiro.com.