Literature and the Environment

In 1992 in Reno, Nevada, a group of scholars and writers founded the Association for the Study of Literature and Environment (ASLE) to promote interdisciplinary research and conversation about the connections between humans and the natural world. Comprising professionals in both the humanities and the sciences, ASLE encourages collaboration, supports environmental education, and convenes a community around the twin goals of literary excellence and ecological sustainability. Now, twenty-five years later, the organization is more robust—and necessary—than ever. 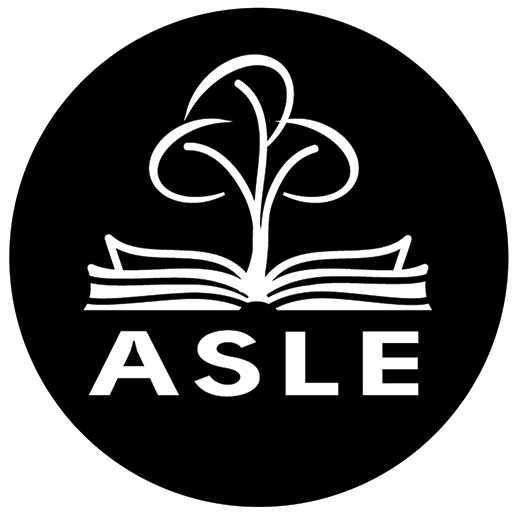 The intersections of poetry and conservation biology, or speculative fiction and environmental activism, may not seem intuitive. But in the early 1990s many scholars working at the crossroads of these increasingly siloed disciplines sought a way to share ideas and enlist creative, scientific, and ethical advice from specialists in other fields. With the advent of ASLE, members gained access to a directory of multidisciplinary scholars, as well as environmental studies curricula, a list of awards and grants, mentoring programs, and a bibliography of ecological writing, among other resources. In 1993, ASLE launched the semiannual (now quarterly) journal ISLE: Interdisciplinary Studies in Literature and Environment, which publishes academic articles in addition to poetry, nonfiction, and book reviews.

Since 1995, ASLE has also hosted a biennial conference, each event held in a different U.S. city, at which intellectual cross-pollination and collaboration can happen in person. The twelfth conference, titled “Rust/Resistance: Works of Recovery,” took place in June and doubled as a celebration of ASLE’s twenty-fifth anniversary. Hosted by Wayne State University in Detroit, the 2017 conference featured more than eight hundred presenters as well as keynote addresses by writers and environmentalists such as poet Ross Gay and historian and novelist Tiya Miles. According to ASLE copresident Christoph Irmscher, these conferences serve as “sustained intellectual experiences in which an array of amazing speakers complements the serious conversations that take place in individual panels.”

ASLE’s quarter-centennial comes at a critical moment. As an organization committed equally to literature and to environmentalism, ASLE and its membership are doubly threatened by the massive rollbacks in arts and climate spending proposed by the Trump administration. The White House’s 2018 budget plan, unveiled in May, would slash funding to the Environmental Protection Agency by nearly a third, eliminating 20 percent of its workforce and leaving the agency with its smallest budget in forty years, adjusting for inflation. Predicated on a staunch denial of the urgent reality of climate change, the plan proposes crippling reductions to programs that clean up toxic waste, determine the safety of drinking water, and research and predict natural disasters, among others.

In June, President Trump announced that the United States will also be withdrawing from the Paris climate accord, an agreement between nearly two hundred nations to reduce emissions and mitigate global warming that was adopted by consensus in 2015. “As we have known ever since Rachel Carson, the environmental crisis can only be addressed globally, not within traditional national boundaries,” says Irmscher. Branches of ASLE have been established in nearly a dozen countries or regions outside the United States, including Brazil, India, and Japan, and this year’s ASLE conference drew around a thousand members from twenty-five countries. Irmscher describes the organization’s international, interdisciplinary conferences as its “pièce de résistance against Trumpian unilateralism.”

The Trump administration’s proposed 2018 budget would also eliminate the National Endowment for the Arts and National Endowment for the Humanities. Though such cuts seem unlikely at this point—Congress thus far having upheld federal funding for both agencies—the proposal itself is indicative of an attitude that devalues the importance of art and literature to American life and culture. In light of such threats, Irmscher looks to literature for models of political environmentalism. “Panels and presentations on Thoreau’s Walden—to mention one of the intellectual progenitors of ASLE—can no longer ignore the fact that his philosophy of resistance has assumed new importance in an era when the government systematically suppresses scientific evidence,” he says.

In a sense, the joint disavowal of both environmental protection and the arts can be seen as a confirmation of what ASLE has always known: that these disciplines are deeply linked and even interdependent—that, as Rachel Carson once said, “No one could write truthfully about the sea and leave out the poetry.” In the face of these most recent threats, ASLE will continue to serve as a meeting point. “In a climate that discourages innovation, scientists have adopted new roles as dissenters and protesters,” says Irmscher. “As they unite and march, they find new allies in the arts and humanities that have long spoken truth to power. ASLE, whose core mission is to promote collaboration and public dialogue, provides an organizational framework for such new alliances.”

Maggie Millner teaches creative writing at NYU, where she is pursuing her MFA in poetry. Previously, she served as Poets & Writers Magazine’s Diana and Simon Raab Editorial Fellow.

Dear President: A Message for the Next Commander in Chief From Fifty American Poets and Writers
by Staff | Feature 8.17.16

Fifty American poets and writers offer messages to the next commander in chief about what’s most important to them, and what they hope to see in the next four years.