A Day in the Life of a Book Editor: Caroline Bleeke of Flatiron Books

Before he got the call from Flatiron Books editor Caroline Bleeke, Neel Patel had spent thirteen years struggling to find success as a writer. Like many aspiring writers, Patel, an Indian American doctor’s son from Champaign, Illinois, had bounced around the job market, working first at Nordstrom, then in an accounting office, while filling his hard drive with unpublished novels and stories. 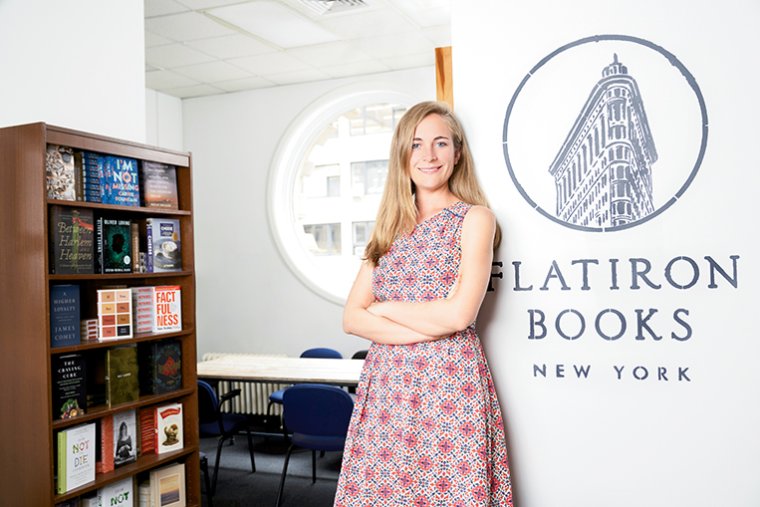 Finally, in early 2017, Patel finished a collection of stories, If You See Me, Don’t Say Hi, and landed a New York literary agent, Jenni Ferrari-Adler at Union Literary. Not long after he signed with Ferrari-Adler, Patel’s collection, along with fifty pages of a novel-in-progress, landed on Bleeke’s desk. A second, more established editor at another house was also interested in Patel’s work, but when he spoke to Bleeke on the telephone, Patel felt an instant connection. “She’s young,” he says. “She just gets it. We had a great conversation. We have similar tastes. It felt like talking to a friend.”

All aspiring writers dream of one day picking up the phone and finding themselves talking to an editor at a New York publishing house who shares their vision and wants to publish their work. What many writers may not know, however, are the myriad decisions an editor has to make before placing that call and all the tasks, large and small, the editor has to accomplish to shepherd a writer’s work toward publication.

So that we might shed light on the work editors do—much of it invisible to writers and the reading public—Bleeke agreed to let me follow her around for a day this spring, sitting in on staff meetings, listening to her handle queries from colleagues, and looking over her shoulder as she scrolled through an Excel spreadsheet of submitted manuscripts.

At thirty, Bleeke (pronounced BLAKE-ee) was promoted last year from the associate ranks to become a full-fledged editor, publishing five to six books a year at Flatiron, an imprint of Macmillan, one of the so-called Big Five publishing conglomerates. Named for the iconic wedge-shaped Flatiron Building in Manhattan, where it has its offices, Flatiron Books is itself quite new, having launched five years ago with eight employees, producing two books a month. Since then the imprint has tripled its staff and now produces about fifty books a year.

Our day begins socially, with a meeting in Bleeke’s sun-filled office overlooking Madison Square Park with Carole Saudejaud, a rights director at the French publishing house Éditions Fayard. For a half hour the two women engage in a delicate dance, mixing talk of sales figures and publishing-industry realities with more informal asides about favorite books and authors. The vibe is relaxed, but this is a business meeting: Saudejaud is here to gauge Flatiron’s interest in publishing English-language editions of Fayard’s books, and Bleeke wants to know if Fayard has any books that might fit her list. 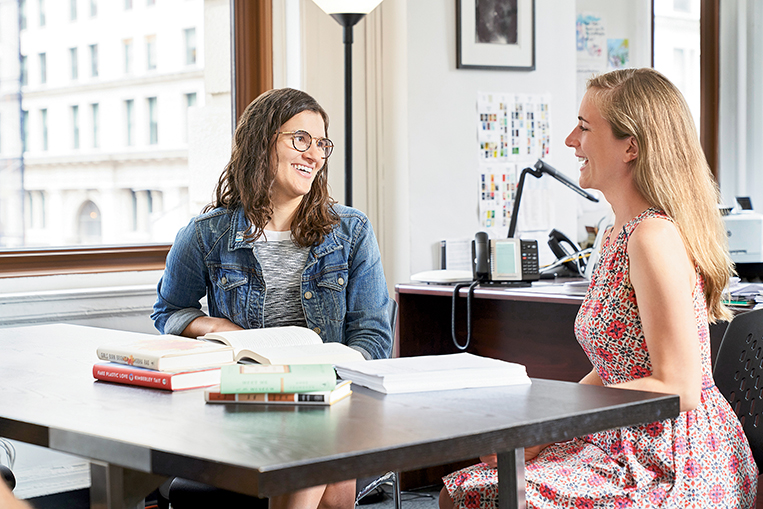 After politely passing on a pair of nonfiction titles, Bleeke brightens when Saudejaud mentions two French novels, one of which, Au petit bonheur la chance! (“Leave It Up to Chance!”) by Aurélie Valognes, has sold 120,000 copies in France since it was published in March. “I would love to take a look at that,” Bleeke says enthusiastically.

This reaction, I will come to see, is vintage Bleeke. Eight years out of Harvard, where she made Phi Beta Kappa, Bleeke exudes the faintly wonkish literary zeal of an eternal English major who has landed her dream job of talking about books all day. A native of St. Louis, she retains a slight Midwestern reserve, but one senses that behind this outward modesty there burns an abiding ambition, a quiet relentlessness that she channels into her work on behalf of her authors.

The brief meeting with Saudejaud illustrates a crucial point about the life of a New York book editor, which is how intensely social the job is. Bleeke, like most editors, does little editing or reading of manuscripts in the office. Nearly all that work—and there is a staggering amount of it—gets done at night and on weekends. “A lot of the day is responding to e-mails,” she says. “It’s going to meetings. It’s talking to colleagues about various projects. It’s usually not reading unless I have a submission in that sounds exciting and that I want to read right away.”

This is borne out even on a day when Bleeke and her colleagues are bending their schedules to accommodate a reporter in her office asking questions. After the meeting with the French rights editor, we troop over to the conference area to sit in on a marketing meeting for one of Bleeke’s titles, British author Anne Youngson’s debut novel, Meet Me at the Museum, due out in August, before heading upstairs to a larger conference room for a get-to-know-you lunch with agents from the DeFiore and Company literary agency. Even late in the afternoon, with her office door shut, Bleeke has to pause frequently to answer knocking and check the caller ID on her ringing phone.

When I leave, she says, she’ll be heading to an industry cocktail party. The following evening, she has two events, a cocktail party and then a dinner for an editor visiting from Britain. The next week, when the annual Book Expo America takes over the Jacob Javits Center on the far west side of Manhattan, Bleeke will attend work-related events every night of the week.

“That’s pretty standard,” she says. “There are a lot of evening events related to publishing, whether it’s a reading by one of my authors or a friend’s author or various parties and fundraisers.”

This ceaseless stream of e-mails and telephone calls and cocktail parties is not idle socializing, though. It’s how business gets done in mainstream publishing, which despite its location amid the skyscrapers of Manhattan remains very much a small-town enterprise in which people know one another and relationships are everything.

Take one of the most central tasks of an editor’s working life: reading submissions. Each week, Bleeke estimates, she receives between five and ten manuscripts from agents. (Flatiron doesn’t accept submissions from writers without literary agents). That works out to between 260 and 520 manuscripts a year, from which Bleeke will publish just a half dozen books.

Each submission arrives with a pitch, a brief description of the book and its author, typically delivered first in a phone call from the author’s agent and later followed up with a longer pitch e-mail appended to the manuscript. But if Bleeke is doing her job right, the manuscript also arrives with an invaluable trove of social information, built up through years of lunches and phone calls, about the agent’s reputation for finding talented authors and the depth of the agent’s understanding of the books Bleeke is seeking.

With Youngson’s Meet Me at the Museum, for instance, the initial pitch came from Sally Wofford-Girand, also an agent at Union Literary, whom Bleeke knows from her apprentice years in publishing. In addition, Youngson is represented in England by an agent at the prestigious London literary agency of Greene & Heaton, and the British edition of the novel was acquired by an editor Bleeke admires at Doubleday U.K.

None of this ensured that Bleeke would love Youngson’s novel, but the imprimatur of these publishing professionals she knows and admires no doubt shaped how she approached the book. “These are people who have a proven track record, who I know, whose taste I trust, so yeah, it helps,” she says. “I’m definitely more likely to read a submission quickly from an agent I know, who I’ve had a lot of conversations with, and who knows my taste, than from someone who I haven’t worked with in the past or is relatively unknown to me.”

Of course Bleeke, who has been at Flatiron since only 2014 and an editor focusing solely on her own list for less than a year, can’t possibly have deep professional relationships with every agent who sends her a manuscript, so nearly every element of her interactions with agents, including the rejection letter itself, is aimed at strengthening those relationships.

In roughly half the submissions she reads, Bleeke says she knows within the first five pages that a book isn’t for her. “But I don’t just read those five pages,” she says. “I would then read more because I want to be able to explain why this isn’t right for me. Every rejection is a way for the agent to get to know more about my taste. It’s an opportunity for me to explain what I’m looking for, and what I’m not looking for, so I want to have read enough to be able to articulate even if it’s in a very general way why this isn’t right for me.”

The Business of Relationships: How Authors, Agents, Editors, Booksellers, and Publicists Work Together to Reach Readers
by Kevin Larimer | Special Section 6.13.18

Graywolf Press executive editor Jeff Shotts discusses the power of patience in publishing, editing as an act of empathy, and why it’s an exciting time to be a poet.