A Thing Meant to Be: The Work of a Book Editor

The following essay was adapted from remarks given at Poets & Writers’ annual dinner, In Celebration of Writers, on March 28, 2018, in New York City. 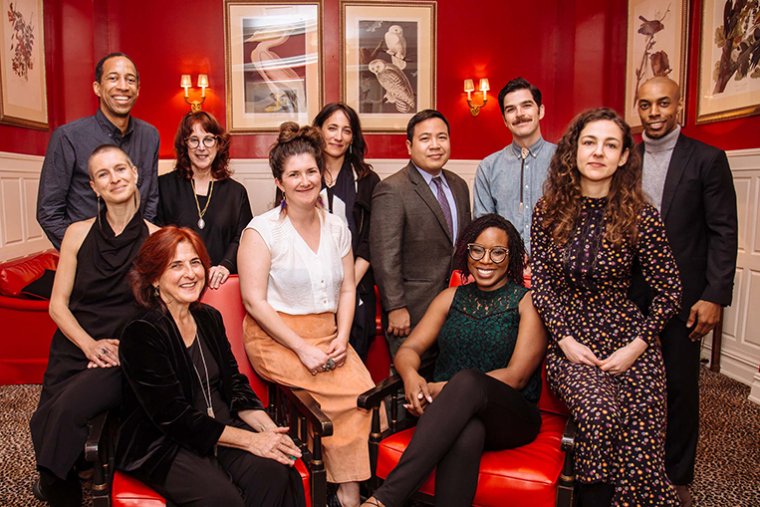 In my senior year of college, having discovered that I generally liked working on other people’s prose a great deal more than my own, I confided to a professor that I was thinking of trying to become an editor. “Pretty thankless job,” she said. The truth is, despite its moments of frustration and overwhelm and failure, I have never found the job thankless.

More than anything, there is this: the sublime moment—and it never stops being sublime—when you get to attend, as beautiful, meaningful, and original work emerges in the world. When I gave birth to my daughters, one of my sisters-in-law said, “It is one of the rare experiences for which ‘miracle’ is not an overstatement.” It’s not an overstatement for the birth of art, either. What’s most miraculous is the “let there be” of it—the way a new and unique something yet again emerges from the wordless deep.

The sense is that the book is trying to communicate what it wants to become, how it wants to incarnate itself. Masha Gessen recently spoke of this process in an interview: “I know what my objectives are and I know what the topic is, and then I’m just reporting. I walk around for a bit, literally, bike and walk, and then suddenly, I get an idea of what it should be, what the structure is. I can’t tell you how I came up with this.” Peter Matthiessen thanked John Irving for his comments on the sprawling early draft of what would become his monumental Shadow Country back in “the book’s cretaceous days, when the whole was still inchoate, crude, and formless.” And when Matthiessen died, just before we at Riverhead had the precious honor of publishing his final book, Irving mourned the loss of “a friend I dared to show what I was up to, when I was still unsure of what it was.”

At its best—and it is often this good—editing means getting to be such a friend, and entering into that strange and almost primal process of divining the shape the work is trying to assume. It was Matthiessen himself who gave me my first experience of being taken seriously as an editor, back when I was an assistant to the formidable Jason Epstein, and Peter was working on a collection of stories. One day he asked if I would look at one he’d been laboring over. Something was hampering it, but he didn’t know what. I read it and instantly saw—or rather, felt—what was off: The story was constructed on a hinge, and the hinge was stuck, much as an actual hinge might be.

It’s as if writer and editor have their eyes not on each other but on the shape of the emergent work, and this angle of approach is wonderfully liberating, breaking down barriers and kindling an immediate intimacy that may be my favorite thing about my job. This past fall, I was invited to give a talk at a conference on Ivan Doig, the great memoirist and novelist of the West. I puzzled over what to say. Writers and editors don’t talk about what a work means, I realized, we talk about how it’s made. Ivan and I began with Bucking the Sun, a novel that opens with a couple found drowned in a truck at the bottom of the Missouri River. Revisiting our correspondence of twenty years ago in the online archive, I was struck by how unceremoniously we got down to business: The mystery of who these characters were was a thread that needed to be pulled more firmly through the entire book.

When I think about the writers and books I have worked with, it’s the dialogue about shape that I most remember. A draft of a story in which a kind of sonic boom goes off at the beginning demands an answering boom at the end. Or: Rather than trying to launch six complicated characters at the outset, how about introducing them one by one, like a juggler putting balls into the air? Perhaps not surprisingly, all my career I have been drawn to writing and writers who are structurally inventive and do not fit into easy categories: fiction/nonfiction, narrative/essay, poets and writers. I love that the very name of this organization allows for the reading that they are one and the same.

What took me much longer to recognize—and is I think less recognized generally—is that the boundary between the “creative” enterprise and the “business” of publishing is worth challenging too. If we keep our focus on the work itself, keep taking our inspiration from it rather than imposing a grid of conventional approaches and expectations on it—the publishing process becomes an extension of the creative moment that gave rise to the book itself. My mentors in this have been my colleagues. The art director, looking to create a jacket that will become the outward expression of a book’s inmost explosive self, runs around for weeks exploding her hands until she finds a photographer willing to let her throw colored dust all over his studio and photograph it. The production editor nerds out on finding the mot that does justice to a magnificent sentence. The publicity director dreams up a campaign that involves pet treats or murals. The shape of a powerful pitch for a book comes to an editor while commuting on her bike. The publisher keeps the whole enterprise aloft, sometimes tugging us back into orbit but also challenging us to boldly go where we haven’t before. When we are doing it right, the work we are trying to put into the world focuses and fuels us, and we recapitulate its Big Bang in a series of detonations all the way through the process.

When work like this goes out into the world—when it goes out into the world like this—I think it is not audacious to say that it becomes, as the phrase goes, an instance of the change we wish to see in the world. This is not only because of the impact it may have, as its fullest and most coherent self, shown in the brightest possible light, presented like nothing we have seen before but a thing necessary, meant to be. It is also because, in putting it into the world this way, we, with our writers, become a community functioning as we would have the world function.

Sally Kim, senior vice president and publisher of G. P. Putnam’s Sons, on amplifying her own voice to amplify the voices of others.

This series of interviews with over forty book editors, publishers, and agents offers a unique look at the past, present, and future of the book industry and what writers can do to thrive in today’s publishing world.