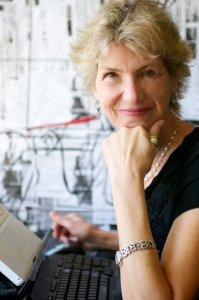 Her anthology, Unmasked, Women Write About Sex and Intimacy After Fifty, co-edited with Kathleen A. Barry, Ph.D., was published in 2018. Her other books include Ireland, Place Out of Time (Weeping Willow Books, 2017), Heart on a Fence, (Weeping Willow Books, 2016), Navigating the Rough Waters of Today's Publishing World, Critical Advice for Writers from Industry Insiders (Quill Driver Books, 2010) and Santa Barbara, Paradise on the Pacific, (Longstreet Press, 1996). Her podcast, “Girl Talk, Women, Aging and Sexuality,” can be heard on iTunes, Stitcher, Spotify and many other podcast platforms.

Marcia’s poems have appeared in Writers Resist, Prime Number Magazine online, the anthology Knocking at the Door, Poems About Approaching the Other, and Sage Trail Literary Magazine. She has studied with Carolyn Forché (Hedgebrook in March 2016) and Kim Addonizio (six-week poetry workshop in fall 2017). A newspaper journalist for nearly 20 years, she has freelanced or written for numerous publications, including the Los Angeles Times, The Writer magazine, Santa Barbara Magazine, Pacific Standard Magazine online and The Huffington Post.

She holds a bachelor's degree in journalism and an MFA in creative writing, and has taught writing workshops and numerous college and university courses.

Marcia is a member of the Author's Guild and the Association of Writers and Writing Programs. She loves to take photographs, walk on the beach, write poetry and read good fiction.