In the fall of 2009 writer Doran Larson put out a call for essays from incarcerated people and prison staff about what life was like inside, and five years later, in 2014, Michigan State University Press published a selection of them as Fourth City: Essays From the Prison in America. But the essays never stopped coming. “I’m holding a handwritten essay that just arrived today,” Larson said in August. “Once people knew there was a venue where someone would read their work, they kept writing.” Instead of letting this steady stream of essays go unread, Larson decided to create the American Prison Writing Archive (APWA), an open-source archive of essays by incarcerated and formerly incarcerated people, as well as correctional officers and staffers. Accessible to anyone online, the APWA (apw.dhinitiative.org) is a “virtual meeting place” to “spread the voices of unheard populations.” 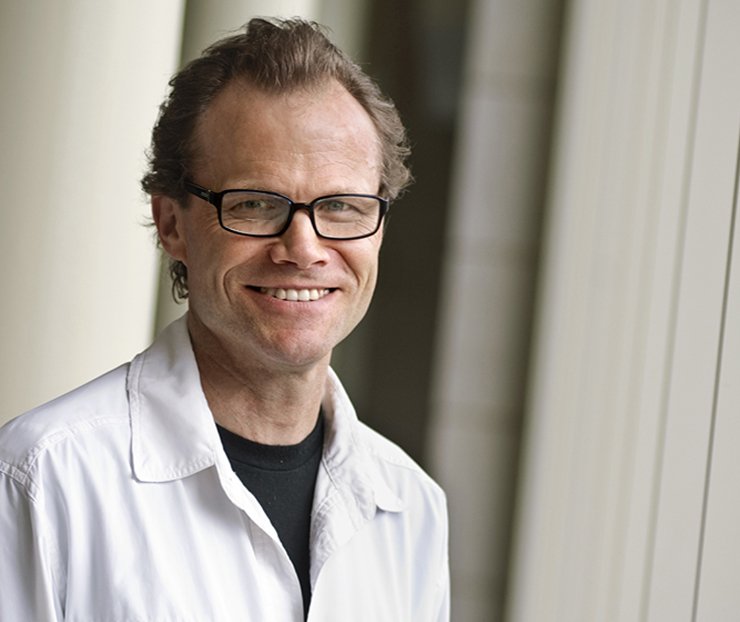 With more than 2.2 million people in its prisons and jails, the United States incarcerates a higher percentage of its population than any other country in the world. But most Americans don’t know anything about life inside, which can leave them both indifferent to those who live and work there and divorced from the justice system their tax dollars reinforce. Larson hopes to rectify this disconnect with the APWA, and after receiving a $262,000 grant in March from the National Endowment for the Humanities (NEH), the archive is poised to do just that.

Larson, who teaches literature and creative writing at Hamilton College in Clinton, New York, first became involved with the incarcerated population when a friend invited him to a discussion group at Attica Correctional Facility, a New York state prison. Larson listened to men speak about how they were coping with being in prison and was “floored by the honesty and earnestness of those conversations,” he says. A few months later he started a writing group at Attica and became interested in prison writing as a genre. “I spent two summers at the Library of Congress reading all the prison writing I could. I wanted to start an undergraduate course on it. There are a few anthologies of [work by] political prisoners like Martin Luther King Jr. and some small collections from prison writing workshops, but I couldn’t find a wide, national sampling from currently incarcerated people.”

With more than 1,200 essays from people all across the country, the APWA fills that need. The database currently holds three million words’ worth of writing, enough to fill more than eighteen volumes the size of Fourth City, which is a hefty 338 pages. “While reading individual essays can be moving and inspiring, it’s reading in the aggregate that’s valuable and instructive,” says Larson. “One of the extraordinary things has been to see the same themes emerging: staff violence, neglect and abuse at home, drug and alcohol addiction, police aggression.” These shared experiences are part of what inspired Larson to name the collection Fourth City—to represent the fact that the prison and jail population in the United States is larger than that of Houston, Texas, currently the fourth largest city in the country,  and that stories told from inside any prison in the nation can seem as if they’re all coming from the same place.

The APWA is part of Hamilton College’s Digital Humanities Initiative. With additional funding for the archive from the NEH grant, Larson plans to continue to solicit, preserve, digitize, and disseminate the work of incarcerated people and prison workers and to hire a part-time assistant. The grant will also go toward finishing an online tool that will allow anyone to transcribe handwritten essays into fully searchable texts and to improve the site’s search functions so users can search by author attribute (race, religion, age, ethnicity), keyword, location, and more.

Larson hopes the archive will be a resource that people will use regularly for academic, policy, and social research. “In the age of big data, we’re trying to help create the era of big narrative, people writing very concretely about what works and doesn’t work,” he says. “Policy-makers might consult this to investigate: How much human pain might be caused because of this policy? When does the law become little more than legalized suffering?” Larson published a book last July, Witness in the Era of Mass Incarceration (Rowman & Littlefield), that compared prison writing in Ireland, Africa, and the United States; he is currently working on another book about the archive tentatively titled “Ethics in the Era of Mass Incarceration.”

The APWA doesn’t espouse any political view. “The advocacy is done by the writers,” Larson says. “You read ten Holocaust or slave narratives and no one has to tell you what the message is. The difference is that there is a fixed number of slave and Holocaust narratives. But this collection will continue to grow.”

Gila Lyons has written about feminism, mental health, and social justice for Salon, Vox, Cosmopolitan, the Huffington Post, Good Magazine, and other publications. Find her on Twitter, @gilalyons, or on her website, gilalyons.com.

Now in its fifth year, the Pilgrim features original writing from members of Boston’s homeless community, who come together on a weekly basis to share their stories, hone their craft, and support each other’s personal and literary growth...