This week’s installment of Ten Questions features Wesley Yang, whose debut essay collection, The Souls of Yellow Folk, is out today from W. W. Norton. A mix of reporting, sociology, and personal history, The Souls of Yellow Folk collects thirteen essays on race and gender in America today. Titled after The Souls of Black Folk, W. E. B. Du Bois’s classic 1903 collection, Yang’s book takes the reader “deep into the discomfort zones of racial and political discourse,” novelist Karan Mahajan writes. In addition to essays on race and whiteness, The Souls of Yellow Folk includes profile pieces on Seung-Hui Cho, the shooter who killed more than two dozen people at Virginia Tech in 2007; political scientist Francis Fukuyama; historian Tony Judt; and Internet activist Aaron Swartz. Yang has written for the New York Times, Harper’s, the Los Angeles Times, the Boston Globe, New York magazine, the New Republic, Tablet, and n+1. He lives in Montreal. 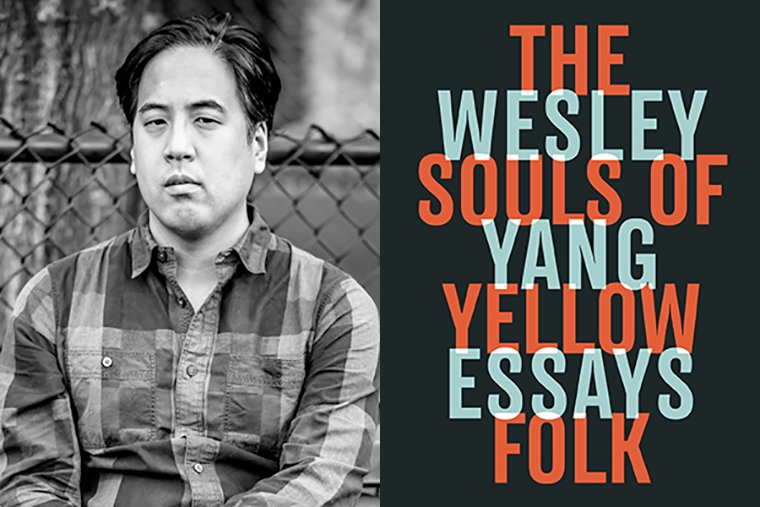 Wesley Yang, author of The Souls of Yellow Folk.

1. Where, when, and how often do you write?
I write every day at one of two public libraries in Montreal.

3. What was the most surprising thing about the publication process?
This was the first book I’ve ever published so I had no expectations. I just took everything as it came and accepted it just as it was.

4. What is one thing you’d change about the literary community and/or the publishing business?
See above.

5. What are you reading right now?
The Love Affairs of Nathaniel P. by Adelle Waldman.

6. Who is the most underrated author, in your opinion?
Really hard to say. I’m a big fan of Heinrich Kleist, who isn’t universally taught and known.

7. Where was your very first publication?
I worked for a weekly newspaper in East Brunswick, New Jersey, when I graduated from Rutgers. My first publication that wasn’t straight news for a New Jersey local paper was a review of a biography of Albert Speer for Salon.

8. What is the biggest impediment to your writing life?
Family life and raising a child requires a writer to organize his workflow in a way that is at odds with the way writing happens, at least for me. I’ve made partial strides in this direction but many remain to be made.

9. What’s one thing you hope to accomplish that you haven’t yet?
This collection is a miscellany of previously published essays. Still haven’t written a book that is a single free-standing work.

10. What’s the best piece of writing advice you’ve ever heard?
Writing is a form of manual labor and should be approached in that spirit.

“I move between language, history, and worldviews—it’s always place between that gives me the most insight into my creative process.” —Sherwin Bitsui, author of Dissolve