This week’s installment of Ten Questions features Juliet Lapidos, whose debut novel, Talent, is out today from Little, Brown. Talent is the story of Anna Brisker, a twenty-nine-year-old graduate student in English who is uninspired by—and desperately struggling to finish—her dissertation: an intellectual history of inspiration. But when she strikes up a friendship with the niece of Frederick Langley, the legendary short story writer who suffered from a supposedly fatal case of writer’s block, Anna finds a perfect case study for her dissertation. Helen Oyeyemi calls Talent a “deliciously funny, sharp, and sincere inquiry into the factors underpinning our valuations of art, labor, ourselves, and each other.” Juliet Lapidos is a senior editor at the Atlantic. Previously she was the editor of the op-ed and the Sunday Opinion sections at the Los Angeles Times, a culture editor at Slate, and an editor of the New York Times Opinion section. She has written for the Atlantic, the New York Times Book Review, McSweeney’s Internet Tendency, and the websites of the New Yorker and the New Republic. 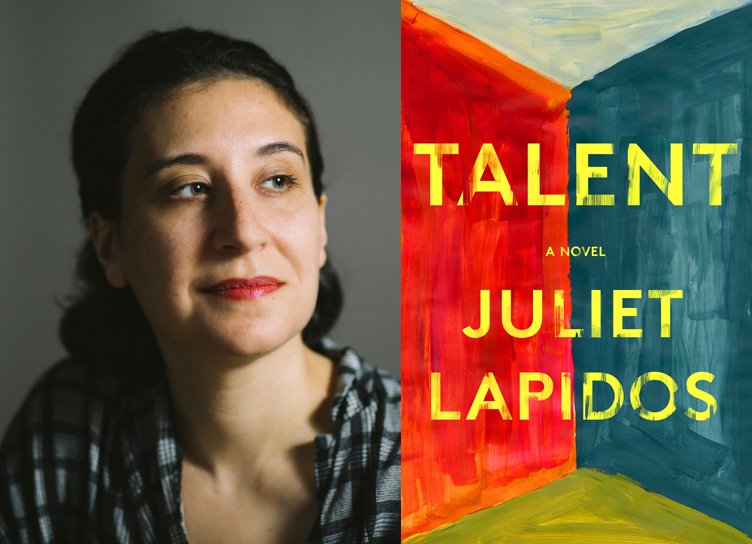 1. How long did it take you to write Talent?
About six years, though in my defense I had a full-time job (as a journalist) that whole time. Mostly I wrote on weekends.

2. What was the most challenging thing about writing the book?
When I started, I thought I knew how to write. Turns out, I was wrong. I basically taught myself as I went. I found it especially difficult to figure out how to make time move. In an early draft, I wrote a dinner scene in which I described everything—making plans, sitting down to eat, the waiter’s arrival, looking over the menu, ordering…. It took me a while to understand what I could leave unsaid.

3. Where, when, and how often do you write?
I write mostly from home, mostly from bed, on weekends, as often as I can. But since starting a family, “can” is quite rare.

4. What was the most unexpected thing about the publication process?
The book industry gets a lot of flak but I found everyone at Little, Brown (and Borough Press, my U.K. publisher) both kind and dedicated.

5. What are you reading right now?
The Golden Ass by Apuleius

6. Which author, in your opinion, deserves wider recognition?
Sheridan Le Fanu, whose Uncle Silas is creepy, sophisticated, and memorable, yet oddly overlooked in classrooms. Or, if we’re talking living authors: Monica Youn. Blackacre is a masterpiece that—IMHO—can convince people who think they don’t like modern poetry that they do, in fact, like modern poetry.

7. What is one thing you’d change about the literary community and/or the publishing business?
Subservience to Hollywood. Too many people seem to aspire to have their books “optioned.”

8. What is the biggest impediment to your writing life?
My job and my child compete for first place on the impediments list.

9. What trait do you most value in an editor (or agent)?
I suppose the real answer is honesty, but that’s dull, so I’ll say: Tolerance of ambiguity. I think a lot of contemporary editors, myself included, push too much for clarity when sometimes a little muddiness is just the thing.

10. What’s the best piece of writing advice you’ve ever heard?
It’s actually a corporate slogan: Just do it.

“You must find pleasure in the work itself—doing the work. Otherwise, what’s the point?” —Sarah McColl, author of Joy Enough.

“Butt in chair, do the work. It’s the most basic and important writing advice there is.” —Laura Sims, author of Looker