This week’s installment of Ten Questions features Chanelle Benz, whose novel The Gone Dead is out today from Ecco. As the novel opens, Billie James returns to the shack she inherited from her father, a renowned Black poet who died unexpectedly when Billie was four years old, in the Mississippi Delta. As she encounters the locals, including the McGees, a family whose history is entangled with hers, she finds out that she herself went missing the day her father died. The mystery intensifies as “the narrator and narrative tug at Mississippi’s past and future with equal force,” Kiese Laymon writes. Chanelle Benz has published short stories in Guernica, Granta, Electric Literature, the American Reader, Fence, and the Cupboard. She is the recipient of an O. Henry Prize. Her story collection The Man Who Shot Out My Eye Is Dead was published in 2017 by Ecco Press and was named a Best Book of 2017 by the San Francisco Chronicle. It was also longlisted for the 2018 PEN/Robert Bingham Prize for Debut Fiction and the 2017 Story Prize. It won the 2018 Sergio Troncoso Award for Best First Fiction and the Philosophical Society of Texas 2018 Book Award for fiction. She lives in Memphis, where she teaches at Rhodes College. 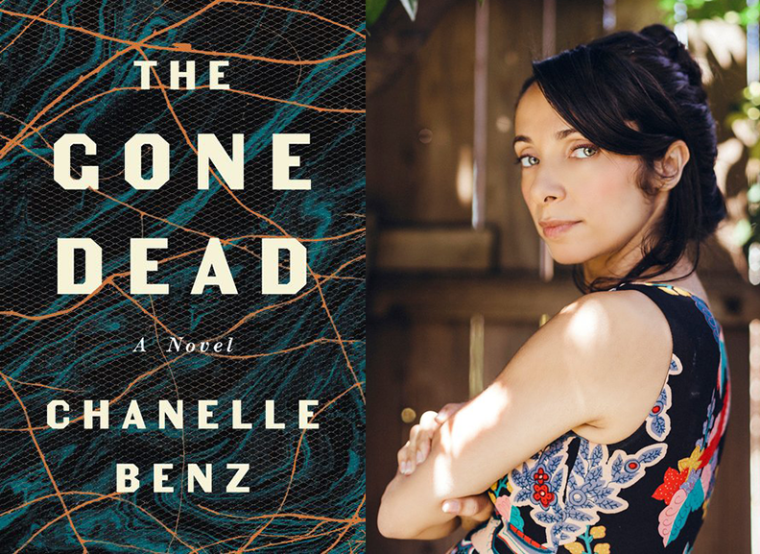 Chanelle Benz, author of the novel The Gone Dead.

1. How long did it take you to write The Gone Dead?
About five years, though some of that time I was also working on finishing my story collection.

2. What was the most challenging thing about writing the book?
Getting the voice of the main protagonist right. I tried different points of view, dialing it up and down, but it wasn’t until I shifted my attention to developing the voices of the characters around her that she finally came into relief.

3. Where, when, and how often do you write?
I write in bed, at the dining room table, and occasionally in my actual office. When I’m on a deadline, I try to dedicate some hours late morning/early afternoon, or every other day if I’m teaching. I also write at night if need be—I have a small child so I can’t afford to be particular. But I’ve always tried to be flexible because I came up in the theatre which demands you come onstage whenever and however you may be feeling.

4. What was the most unexpected thing about the publication process?
That some readers see the book as a thriller or mystery, which I’m totally comfortable with, but it was unexpected. I felt that I was structuring the novel the only way it could work. But then so many of the stories I am drawn to are mysteries, whether existential, psychological, or the more classic murder mystery.

5. What are you reading right now?
Casey Cep’s The Furious Hours and Daisy Johnston’s Everything Under.

6. Which author, in your opinion, deserves wider recognition?
Jennifer Clement’s work is so fantastic, so luminous, so cutting that I don’t understand why she’s not wildly famous.

7. If you could go back in time and talk to the earlier you, before you started writing The Gone Dead, what would say?
Don’t be careful; definitely not in the first draft. I was so worried when I began the book about doing the time and its people justice that for quite a while I didn’t let my imagination take the lead, which can happen when grappling with the dark side of history.

8. What is the biggest impediment to your writing life?
Student loan debt.

9. Would you recommend writers pursue an MFA?
Yes, as long as it doesn’t put them in debt. I found that the time and space to write was an incredible, powerful gift.

10. What’s the best piece of writing advice you’ve ever heard?
That’s impossible for me to narrow down! But I often think of something the theatre director and theorist Jerzy Grotowski said: “Whenever the ground shakes beneath your feet, go back to your roots.” (I may be paraphrasing there.) I interpret this as whenever you fail or meet with rejection or some experience that saps your heart, that you remember why you started writing, what you fell in love with reading, whatever it was that first inspired you.

“I write to try to set myself free, and then find myself snagged on my own limitations.” —Catherine Chung, author of The Tenth Muse

“So much can come of being willing to shut up and pay close attention to the world around you.” —Mona Awad, author of Bunny

“We have to remind ourselves why we write and why it’s important for us to tell these stories. The universe will take care of the rest.” —Nicole Dennis-Benn, author of Patsy