This week’s installment of Ten Questions features Catherine Lacey, whose new story collection, Certain American States, is out today from Farrar, Straus and Giroux. Lacey’s formidable range as a fiction writer is on full display in a dozen short stories populated by ordinary people seeking the extraordinary, from a young New Yorker trying to decipher a series of urgent, mysterious messages on a stranger’s phone (“ur heck box”) to a nameless man recently fired by “The Company” who wakes up in a purgatory of linens and pillows (“The Grand Claremont Hotel”). Lacey is the author of the novels The Answers (2017) and Nobody Is Ever Missing (2014), both published by FSG. She has won a Whiting Award, was a finalist for the NYPL’s Young Lions Fiction Award, and was named one of Granta’s Best Young American Novelists in 2017. Her novels have been translated into French, Italian, Spanish, Dutch, and German. With Forsyth Harmon, she coauthored a nonfiction book, The Art of the Affair, published by Bloomsbury last year. Born in Mississippi, she lives in Chicago. 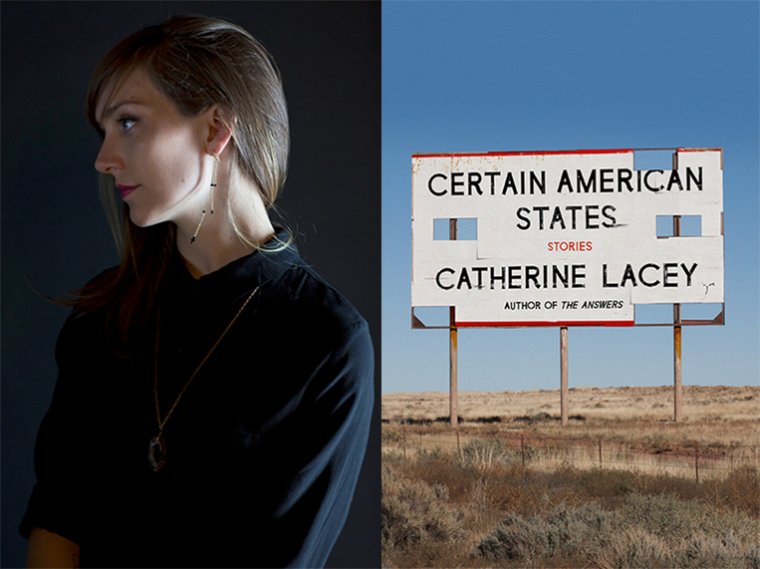 2. Where, when, and how often do you write?
I write every day, usually first thing in the morning until lunch, unless there are extenuating circumstances. Writing regularly has always been the primary way I’ve avoided a nervous breakdown, so it’s unclear to me whether it’s a joyful or medicinal activity. It’s probably both.

3. What was the most unexpected thing about the publication process?
Being translated was a shock to me. It continues to be a shock. Based on reception, it seems my novels are better in Italian than English.

4. When did you realize you wanted to be a writer?
There are two senses in which a person is a writer; only one of them matters. The more important sense is that you are a person who writes. I don’t recall making the decision to be that writer; I was always writing. The second sense is that you somehow convince other people to pay you to write. I was slow to accept that I wanted to be that sort of writer, or rather I was slow to believe that it was even an option for me, so the moment I realized I had that desire is similarly difficult to track.

5. What are you reading right now?
Mules and Men by Zora Neale Hurston.

6. Who is the most underrated author, in your opinion?
Unfortunately, it’s probably someone I’ve never read. The amount of books that were either not written or not published because the authors did not believe anyone would ever care, or could not find the people who would care, is staggering.

7. What is one thing you’d change about the literary community and/or the publishing business?
I wish American publishers would pursue more work in translation, especially from smaller countries.

8. What is the biggest impediment to your writing life?
Wanting to read all the time. Illness. The weather. My own overwrought tendency toward nostalgia.

9. What’s one thing you hope to accomplish that you haven’t yet?
It’s always the next book. I don’t think beyond the book I’m writing and I’m always writing one.

10. What’s the best piece of writing advice you’ve ever heard?
You can only do a day’s work in a day.

Novelist Catherine Lacey’s latest book, The Art of the Affair: An Illustrated History of Love, Sex, and Artistic Influence, maps romantic entanglements, collaborations, and friendships between famous writers and artists, and features...

“I write every day and walk every day.” —Amitava Kumar, author of the novel Immigrant, Montana

“I’ve gotten messages from people who tell me that they were waiting on a book like mine.” —Alexia Arthurs, author of the story collection How to Love a Jamaican

“I’m coming to believe more and more that the whole body should be engaged in the writing process.”—Amy Bonnaffons, author of the debut story collection The Wrong Heaven

“You can almost always make something better by making it shorter.” —Keith Gessen, author of the novel A Terrible Country