This week’s installment of Ten Questions features Caite Dolan-Leach, whose novel We Went to the Woods is out today from Random House. Certain that society is on the verge of economic and environmental collapse, five millennials flee to Upstate New York to transform an abandoned farm, once the site of a turn-of-the-century socialist commune, into a utopian compound called Homestead. What starts out as an idyllic sanctuary, however, soon turns dark, deeply isolating, and deadly. Caite Dolan-Leach is a writer and literary translator. She was born in the Finger Lakes region of New York and is a graduate of Trinity College Dublin and the American University in Paris. Her first novel, Dead Letters, was published by Random House in 2017. 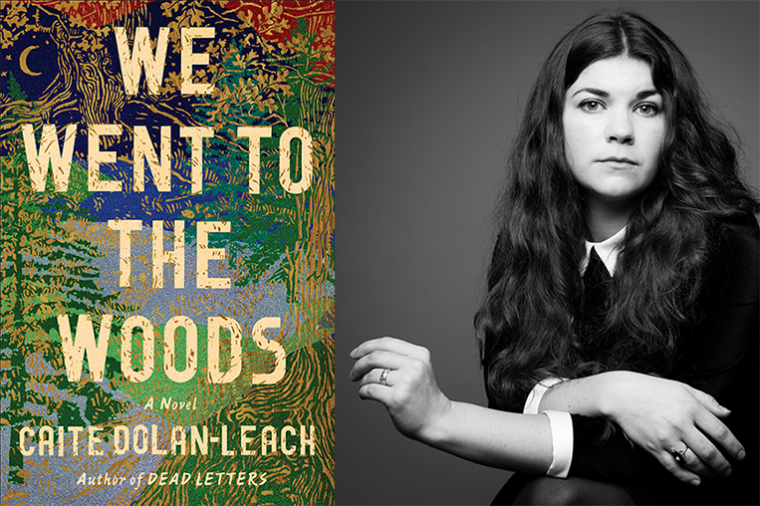 Caite Dolin-Leach, author of We Went to the Woods.

1. How long did it take you to write We Went to the Woods?
I worked on it for about two and a half years.

2. What was the most challenging thing about writing the book?
I started the book before the 2016 elections, and my feelings about the characters and their sense of political doom really changed—I had to take a moment to reconsider what they were trying to do and their motivations for doing it. It definitely slowed me down.

3. Where, when, and how often do you write?
I travel a bit, so the “where” tends to be a variable: sometimes my desk at home, sometimes a café in a different country, sometimes a hotel room. But I work best in the mid-morning, and I try to write at least four days a week.

4. What was the most unexpected thing about the publication process?
This is my second book with Random House, so there weren’t too many surprises. But I’m always struck—and deeply grateful—at how many people are involved in a book’s life, and how much time and effort goes into the publication process. As a young reader, I don’t think I imagined the dozens of people who contribute to just one manuscript, and as a writer, it’s simply amazing.

5. What are you reading right now?
I just got back from Italy, so I’ve been reading some Italian novels: Sabbia nera by Christina Scalia, and L’amica geniale by Elena Ferrante—I read the English translation a few years ago, but I’ve missed working in Italian, so I’m re-immersing.

6. Who do you trust to be the first reader of your work?
My husband is always the first person who sets eyes on anything I write.

7. If you could go back in time and talk to the earlier you, before you started writing We Went to the Woods, what would say?
Don’t do an outline! I did a pretty detailed outline for this book, and I think it changed how I approached the process, and ultimately made it harder.

8. What is the biggest impediment to your writing life?
Myself.

9. What is one thing you might change about the writing community or publishing industry?
I think it’s pretty obvious that we need to be more inclusive as a community. But since I also work as a translator, I’d specifically like to see more books coming from other languages—particularly under-represented ones.

10. What’s the best piece of writing advice you’ve ever heard?
I can’t remember who said it to me, but it’s a truism that I deploy often: Don’t be precious about your writing. By which I mean: Let people read your work, and listen to what they say about it. Obviously, you shouldn’t share until you’re ready, but I think fearing criticism or worrying that people might dislike your work gets in the way of what you really want to write.

“Don’t be careful; definitely not in the first draft.” —Chanelle Benz, author of The Gone Dead

“I write to try to set myself free, and then find myself snagged on my own limitations.” —Catherine Chung, author of The Tenth Muse