Adrian Matejka became the new editor of Poetry in May—the first Black editor in the magazine’s 110-year history. Matejka’s tenure comes at a transformational moment: The Poetry Foundation, which oversees the magazine, is building a more inclusive culture and has undergone major changes, including the appointment of Michelle T. Boone, who last year became the first woman and African American named foundation president. The author of five poetry collections, Matejka is a professor at Indiana University and served as Indiana’s poet laureate from 2018 to 2019. Currently based in Chicago, Matejka recently spoke about his aspirations for shaping Poetry to reflect an expansive literary landscape. 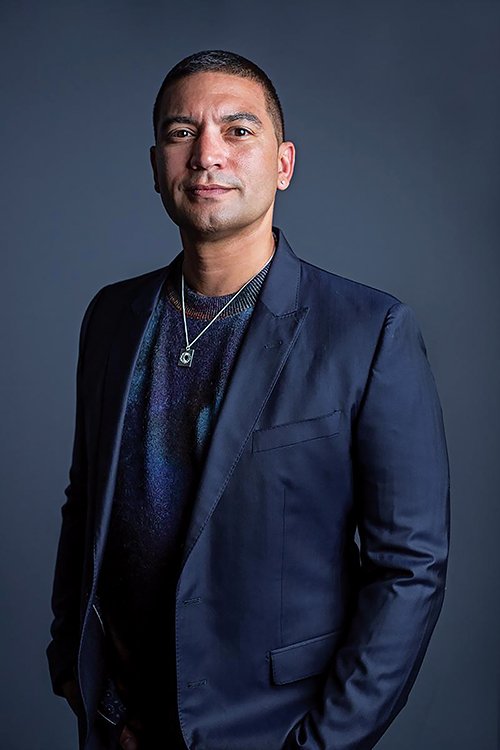 What is your vision for Poetry?
I want to turn the magazine into an inviting and inclusive space. It means we’re going to try to enact the open-door policy Harriet Monroe introduced when she founded the magazine with the “desire to print the best English verse.” Those of us who’ve been in the game know that the “best poetry” has been conflated for a while with the most Anglophile poems, by white poets, and that’s not what we’re doing [going forward]. Quality should be the arbiter, not the aesthetic, style, or nation. One of my primary agendas is to get more poets into those pages who have never been in the magazine. If we can keep it between 30 and 50 percent brand-new contributors every issue, that would be a good way to start to make the magazine look like our community looks. I’m going into the archives to figure out how to elevate poets who haven’t been in the magazine but should’ve been, not just because they’re missing, but because their poems deserve to be read. It’s about the work of people who were just very clearly marginalized because they weren’t white, people who are alive as well as people who’ve passed on. My first issue includes a folio from Carolyn M. Rogers who was a Black Arts Movement poet from Chicago, cofounder of Third World Press, a preeminent Black publisher.

How will you invite back poets and readers who may have stepped away from the magazine because they didn’t see themselves or their experiences reflected in its pages before?
On the one hand, it’s important we acknowledge and reckon with the magazine’s homogenous history. It took 110 years for this. Come on, right? On the other hand, we’ve got a new board, we’ve got a new editorial staff. We’re here now trying to imagine new possibilities for the magazine, figure out innovative ways to support the poetry community. I’m a big believer in tangible action and accountability, so my hope is people will recognize through our actions the kind of reclamation we’re trying to enact, the kind of elevated work we’re trying to do over the next couple of years. There’s a skit in which Richard Pryor plays the first Black president; it’s from 1977. Somebody asks him a question about NASA sending space probes into the universe, and he says [something like], “We’re going to have [recordings of] Miles Davis and Charlie Parker on those space probes instead of Tchaikovsky.” I like to think about the new version of Poetry the way he was thinking about that space probe.

What is an experience from your career that has prepared you to lead the magazine?
I spent a lot of my career trying to create opportunities for other writers. Editors enable artists, activate artists, and work in service of poetry while trying to find ways to support creators. I hope those skills I learned as a [poet] laureate, as a teacher for twenty years, and as an editor at other magazines will coalesce and give me the right tools to carry this transformation forward.

Any advice for writers seeking to be published in Poetry, which receives about 1,400 submissions a month?
Write the best and truest poems you can. The quality matters. The truth of the poem matters. The various things the poem shares with us that help us understand why it needed to be written matter. I get excited about poems where I can very clearly see the genealogy. I love Terrance Hayes; his work is phenomenal. When I read his work, I can see that Robert Hayden, Yusef Komunyakaa, and Wanda Coleman influenced him. He carries those literary forebears with him. I admire work that is comfortable tattooing its inspiration on itself.

Your work is informed by music, and you used to deejay. If you could choose a theme song to set the vibe for your role as editor, what song would you pick?
Music is central to the way I synthesize the world. I was thinking maybe something from Biggie Smalls, Miles Davis, or Nina Simone. But I decided to stay true to my roots: My theme song would be “Jazz” by A Tribe Called Quest. The chorus is, “We’ve got the jazz.” One of the most wonderful things about this time has been the openness with which the staff and other editors have welcomed me, and their willingness to go at the same speed I go, which is pretty Midwestern and mellow: Let’s figure out how to make the magazine that we all care about the best version of itself it can be. That song, “Jazz,” encapsulates all that.

The new editor in chief of the Rumpus, Alysia Li Ying Sawchyn, discusses what sets the magazine apart and what she looks forward to in her new role.

David Treuer, a writer, teacher, and recently appointed editor-at-large at Pantheon, discusses his focus on publishing emerging Indigenous writers and the possibilities of his new role.