David Treuer is a writer and teacher who radiates curiosity on and off the page. The author of seven books, he grounds the reader with precise intelligence and generous humanity in both his fiction and nonfiction. His most recent book, The Heartbeat of Wounded Knee: Native America From 1890 to the Present (Riverhead Books, 2019), was shortlisted for the National Book Award and longlisted for the Andrew Carnegie Medal for Excellence. He is now also bringing his talents to the other side of the publishing equation: In November 2021 he was appointed an editor-at-large at Pantheon, where he intends to focus on acquiring books by emerging and Indigenous writers. Just before the New Year, he spoke about his ambitions as an editor and for the future of Native literature. 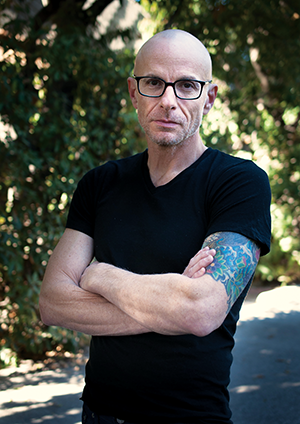 In your book The Heartbeat of Wounded Knee you have an insightful statement about intent: “This book is meant to tell the story of Indian lives, and Indian histories, in such a way as to render those histories and those lives as something much more, much greater and grander, than a catalog of pain.” Do you see this call to expansiveness as a liberation of Indigenous story from prescribed narrative patterns?
I absolutely see my work as a call to liberate Native literature—and self-regard and even our collective identity—from overreliance on tragic narratives. Tragedy is the dominant narrative that has been used to imagine Native realities. And frankly the narrative of loss—the idea that we as Native people have a great future behind us—participates in our continued erasure. I’m not here for that.

Your work is influential in creating a pathway for Indigenous scholars and writers to approach research from a culturally responsive position. Sometimes folks talk about this as the work of decolonizing the canon and embracing Indigenous methodology. Do you think you will bring a similar movement to publishing?
I am fundamentally skeptical of the way the whole idea of “Native methodology” is used as a way to push back against the canon. I’m skeptical, I think, because our insistence on our difference—cultural, linguistic, social—oftentimes encourages us to engage in a kind of self-essentialization. And I’m not here for that either!

For many Indigenous writers, working with a fellow Indigenous person in the world of publishing is a revelation. Stuck between the essentialization you mention and callow patterns of institutional racism, so many writers are burdened with protecting their story. What possibilities do you think your role as an editor will unlock for readers and writers?
Hopefully endless ones! I think it’s indicative of a kind of monolithic structural exclusion of Native people and voices that I never once—not from grade school through grad school—had a single Native teacher in any subject. I have had plenty of tribal mentors in other parts of my life that have nothing to do with writing, and I’ve had mentors—mostly women and very often women of color—in my writing life. They were teachers, editors, and allies. But as an editor I hope to begin to change not only the narrative, but also the gates to publishing and the path of being a writer itself. That is something I am here for. And Pantheon is, I think, a wonderful place to engage in that work and nurture a new generation of writers.

What are you looking forward to in your own writing practice?
I’m forging ahead on both a new book of nonfiction and another novel. A bit early to say much about either of them, but I am invigorated by the work ahead of me. I think, generally, that the role of the writer and the role of the editor—while different in many ways—both involve making meaning. And I’m excited, doubly, to keep on making it.

Laura Da’ is an Eastern Shawnee poet and teacher. She is the author of Tributaries, winner of the American Book Award, and Instruments of the True Measure, winner of the Washington State Book Award.

Acclaimed author and agent Catherine Cho discusses her start as an agent; her decision to open her own agency, Paper Literary; and her advice for writers daunted by the process of finding representation.

In a new memoir, Poet Warrior, published by W. W. Norton in September, U.S. Poet Laureate Joy Harjo travels the roads, rivers, and rhythms of her life, taking readers on a journey across generations.