If you have sincere interest in Black New Orleans, the Louisiana Creole language, and how language summons us to grapple with history—Brenda Marie Osbey is my first recommendation. Osbey is the author of books in English and French, most recently, 1967 (William & Mary, 2018), All Souls: Essential Poems (LSU Press, 2015), and History and Other Poems (Time Being Books, 2013). For more than thirty years she has researched and recorded the history of Faubourg Tremé, a community founded by free Blacks in New Orleans. From 2005 to 2007, Osbey served as the first peer-selected poet laureate of Louisiana. I had an opportunity to speak with Osbey about her appointment as poet laureate, her writing process, and her advice for writers. 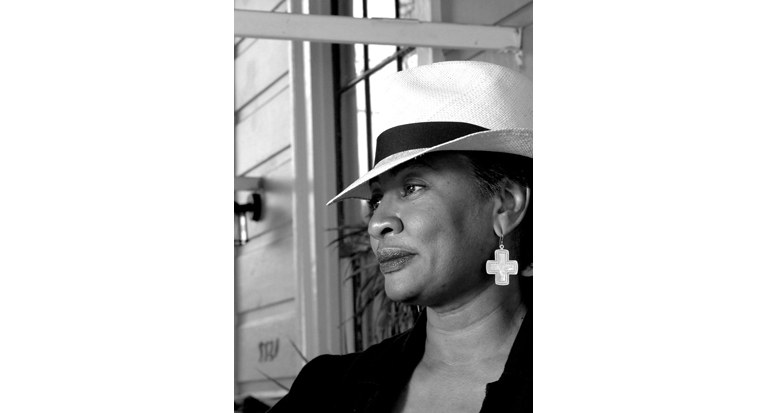 You were the second Black woman to be selected for the role of poet laureate of Louisiana. What lessons, if any, did you learn from this public role?
Because my spring 2005 appointment was the first one recommended by a committee of literary peers, I began by considering how I might best serve beyond the expected class visits that dominate most laureateship tenures. Then Katrina hit New Orleans on the 29 of August as a Category 1* hurricane, after which the levees broke, flooding the city of New Orleans and the surrounding area.

During my two-year laureateship, I traveled the United States, advocating for the right to return and rebuild, speaking on disaster panels, giving mini-versions of the Black New Orleans Research Seminar I had been teaching at universities across the country in the years before the storm. For a while, there was a narrative floating about that New Orleans was not worth rebuilding or saving in any way that would be deemed costly. I sought to dispel this notion in various ways. Additionally, every week I gave readings, and met and engaged with southeast Louisianians—mostly New Orleanians—dispersed across the country, bearing with them their narratives of displacement. It was a wrenching and humbling experience. And it taught me countless lessons about the far reach of community.

In a 1986 interview in the Mississippi Quarterly, you were asked if the New Orleans community was supportive of your work and mentioned that although you love the city, you do some of your best work away from here. You also made a distinction between New Orleans being an arts city and a cultural city. Do you still feel the same way today, and how has that impacted your work?
I was attempting to convey how, despite the city’s long history of cultural/creative output, there was no structure or system in place in New Orleans to support the arts—beyond the entertainment model, that is—which would include supporting arts workers. Which is a longer conversation than is possible here.

Rooted as it is in New Orleans—history, culture, language, sensibilities—writing often requires the kind of distance that allows one to see and consider one’s objectives and materials differently away than at home. Seeing the forest for the trees is necessary to thought, insight, and reflection, and is required to produce work.

Out of all your amazing books, which was the most difficult to write and why?
I don’t think in terms of difficulty or ease. My work is primarily research-based, and each book is a deliberately conceived project with its own arc and progression. And since I’m always working on multiple projects at any given time, my attention is either on the work at hand, what’s next in queue, or some combination.

What’s your advice to young poets?
Learn to read one or more languages. Moreover, study your native language as if learning it for the first time. More so than other genres, poetry is rooted in the human tongue.

Listen to Osbey read “Everything Happens to (Monk and) Me”:

*“Reported in 2005 as having struck New Orleans as a Category 1, online information has recently changed the impact of Hurricane Katrina to a Category 3—levees purportedly having been built to withstand hurricanes at the higher level,” Osbey says. “Those of us who were here in New Orleans, however, experienced and witnessed Katrina as a Category 1 hurricane, and recognize the levee breaches and loss of lives as a man-made disaster.”
Kelly Harris is the literary outreach coordinator for Poets & Writers in New Orleans. Contact her at NOLA@pw.org or on Twitter, @NOLApworg.