I Could Not Give Up on My Characters

In our Craft Capsules series, authors reveal the personal and particular ways they approach the art of writing. This is no. 129. 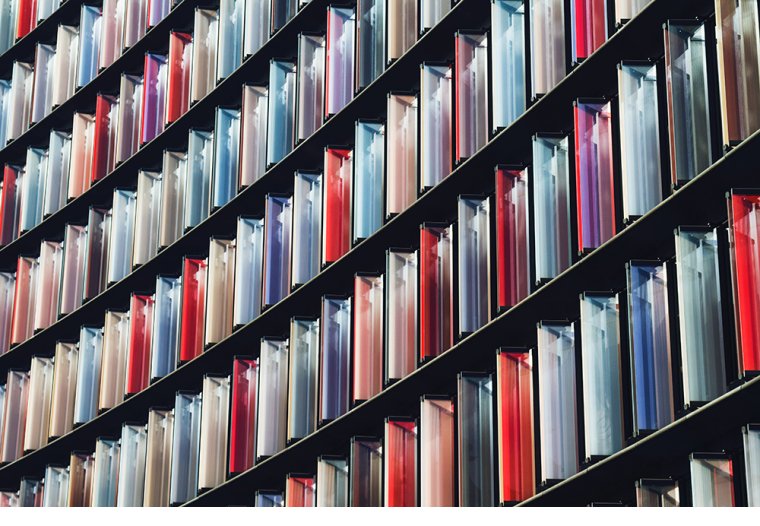 When people ask how long it took me to write my first novel, Country of Origin, I sometimes say fifteen years. Or I share a different truth: Over the past fifteen years I’ve written several different novels about the same characters, and it was the last one that finally worked. I know that many writers have to retire early novels to the proverbial drawer and move on in order to find success. For whatever reason, I could not give up on my characters.

To be honest it probably has something to do with the fact that I am very stubborn. I do not like to accept defeat. Not that I have ever judged any of my fellow writers for abandoning projects that did not become published books, but I didn’t want to accept that fate for my book. Looking back, my ambitions for the novel far exceeded my abilities at the beginning. I had to grow considerably as a writer in order to realize my vision. When I began writing my novel(s), the books I most admired—Zadie Smith’s entire catalog, Jennifer Egan’s Look at Me (Nan A. Talese, 2001), Jonathan Franzen’s The Corrections (Farrar, Straus and Giroux, 2001), Colum McCann’s Let the Great World Spin (Random House, 2009)—featured multiple perspectives and seamlessly spanned decades. That was how I wanted to write.

I set out to write a multi-generational story about a family of Egyptian immigrants in the United States, investigating the family members’ bifurcated identities. But I pursued the wrong track for a while. This was shortly after 9/11, and at that time I erroneously believed that a book centering on Arab American characters absolutely needed to include this horrific tragedy. I lived in New York City then, and my experiences of this catastrophic event and its aftermath informed the story. I explored the complex feelings about my Arab American identity evoked by 9/11—which compounded with my experience growing up in the shadow of Arab terrorism—but through feedback from others and my own fatigue with the narrative, I found my way to excavating the backstory of the early twenty-first century characters I was creating. I progressively moved back in time, eventually landing in Egypt in the 1950s, before the family in the first version of my novel immigrated to the United States. I decided to let go of the contemporary era entirely—even though it had provided an entry point into the story. The novel would still be about multiple generations of a family, but it would unfold from the 1950s to 1980s.

This was when the writing really started to come alive. But even once I discovered this way into the story, I struggled considerably with finding the right structure, especially with how to balance the multiple perspectives that braid the narrative together. At this point I was juggling six distinct third-person perspectives and for multiple drafts/years I felt I had to give equal page time to each character in order to justify my choice to rotate between perspectives. Every ten to twenty pages I would switch perspectives, which in hindsight ultimately caused the narrative to drag and lose momentum.

I have a slash-and-burn approach to revision, so each time I started again, I truly started over. Once I finally abandoned my attachment to short, rotating chapters, I was able to go deep within my characters. This time when I began again on page one, I let myself linger inside the perspective of a single character, Halah, and shifted her section to first-person perspective while keeping the other POVs in third person. I let myself linger with her until the arc of her storyline reached a natural conclusion—more than one hundred pages into the novel. Ultimately her perspective comprises almost half of the book, and when I shifted into other characters’ viewpoints, it was not about giving them page equity, but because the heart of the narrative moved with them.

So when people ask me how many drafts it took before I finished my novel, or at least struck on the version that was published, I don’t know how to accurately answer. For a long time I avoided interrogating this question. I also played little tricks on myself, like numbering new drafts with decimals (1.2, 2.3) instead of jumping to the next whole number. I suppose that a lot of writers rely on self-subterfuge to persist, when it can be so challenging to write books and get them published. I’m glad that I was able to fool myself into continuing in spite of the obstacles. Now that my novel is out in the world, I can also say that I am happy I remained committed to my characters and that they will have a chance to live in other people’s minds.

END_OF_DOCUMENT_TOKEN_TO_BE_REPLACED

The author of Country of Origin listens to old-school Arabic music to help her render the mood of Egypt at the dawn of the postcolonial period.

The author of Country of Origin muses on the transporting power of photographs.

Where I Found My Writing Community
by Dalia Azim | Craft Capsules 3.28.22

The author of Country of Origin reflects on finding her people in Austin, Texas.