In our Craft Capsules series, authors reveal the personal and particular ways they approach the art of writing. This is no. 125. 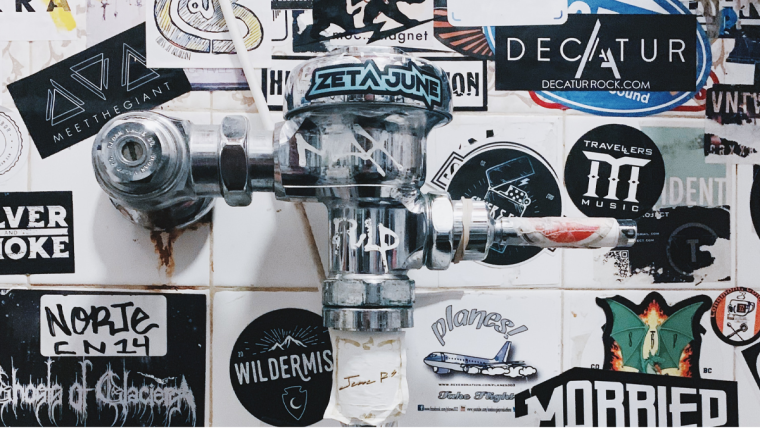 Who among us has not wandered into a Delphic grotto, or a haunted mansion full of portraits of veiled ladies, or a be-stickered dive bar bathroom, and thought: If only these walls could talk?!

The presumption is that these places—the grotto, the mansion, the bathroom—have served as the container for a parade of human dramas. Love affairs, prophecies, betrayals, murders have all transpired within them. And if these settings could speak, then we would be delighted and entertained.

It is generally agreed, though, that walls cannot speak. At most the settings for our human dramas can share only clues of what has come before: a wisp of incense, a bloodied knife, a sticker for a middling indie-folk band.

Alas, we think, all these potentially thrilling tales have evaporated in the ceaseless march of time!

When writing fiction, we could, if we wanted, give literal voice to stones or bricks or plaster—but we can also think of the “walls” of a story more broadly. Setting is often reduced to a simplistic notion of physical place and date—say a pirate ship in the Caribbean in 1675—when, in fact, the container for a story can be understood in more nuanced terms. Setting can be an economic context. It can be a cultural context as well—and an attendant moral code. Setting can be a social class, as well as a political reality. Setting can be demographics and it can be the density of human bodies packed into a pirate ship.

Setting, to put this all another way, can be people.

And people, as we all know, tell stories.

Which is to say: When a group of people embody a time and place, they can speak on behalf of setting. A story’s context—its walls, in a figurative sense—can also be its point of view. We see this famously in William Faulkner’s “A Rose for Emily.” The tale of Miss Emily and her ill-fated love interest is narrated by a first-person voice that speaks for the collective members of a small Southern town around the turn of the twentieth century. The town has specific beliefs, norms, and histories that it brings to its fixation on Miss Emily’s choices. This perspective is not omniscient—in fact, it is through the limitations of this scope that we come to understand the preoccupations and biases of the setting itself. These limitations generate narrative energy. Setting does the telling of a story—and is also the story itself.

A contemporary example of setting as point of view can be observed in Brit Bennett’s The Mothers (Riverhead Books, 2016). In Bennett’s novel, every chapter begins with a passage narrated by a group of gossipy elder church women—The Mothers—who all worship at Upper Room Chapel. The women represent a social milieu, a specific morality, an overall subjectivity connected to a Christian church located within a Black community in contemporary San Diego County. They are the voice of setting, therefore, and speak for the context that propels the novel’s primary fixations:

When we first heard, we thought it might be that type of secret, although, we have to admit, it had felt different. Tasted different too. All good secrets have a taste before you tell them, and if we’d taken a moment to swish this one around our mouths, we might have noticed the sourness of an unripe secret, plucked too soon, stolen and passed around before its season. But we didn’t. We shared this sour secret, a secret that began the spring Nadia Turner got knocked up by the pastor’s son and went to the abortion clinic downtown to take care of it.

Setting is more than a backdrop in Bennett’s novel. Setting listens. Setting sees. Setting—as a collective consciousness—can share its perception of events, a perception shaped by a specific value system. Setting speaks and causes things to happen because setting is people and people are full of contradictions, biases, agendas.

This is all great news for fiction writers—though it also reminds us that, if walls could truly talk, we might not always like what they have to say.