The month of June brought the continuation of daily protests around the United States, and the world, in recognition of violence against Black people and the importance of Black lives. As protests progressed, waves of social media posts and newsletters from publishers proclaimed solidarity. Numerous publications made promises to stand with the Black community, insisting comprehension of the significance of Black lives and condemning racism. However, the numbers from various surveys—such as the Lee & Low Books Diversity Baseline Survey and Publishers Weekly’s annual salary survey—have continually reflected the dearth of Black people working in book publishing as well as the low numbers of Black authors published and supported within the industry. On June 5 on Twitter, Tochi Onyebuchi, author of the novel Riot Baby (Tor, 2020), noted the discrepancy in the abundance of empathetic posts to the Black community from publishers and the need to truly reconcile industry bias; as a first step he called for an open dialogue about the compensation Black creators receive in book advances. Onyebuchi asked, would white “allies” come forward? Several white authors replied that they would—but didn’t provide any numbers. A day later Leatrice “L. L.” McKinney, author of the young adult fantasy trilogy A Blade So Black (Imprint), created a hashtag and put out the call: “Come on, white authors. Use the hashtag #PublishingPaidMe and share what you got for your books. Debuts as well. Let’s go.” 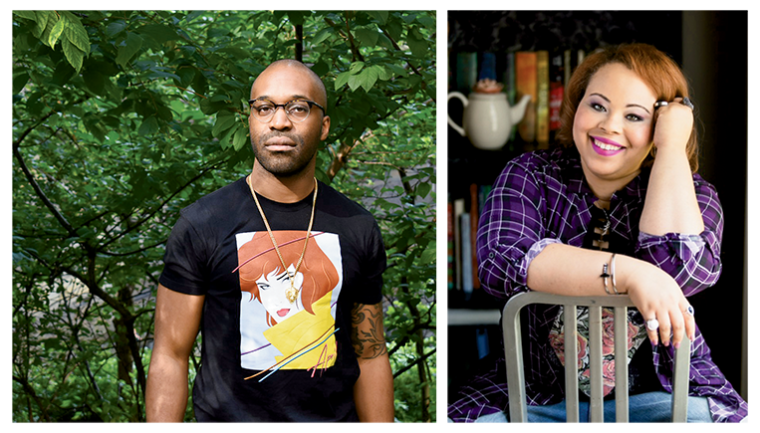 Advances were disclosed by hundreds of writers, including both emerging and well-known authors, and ranged in amount depending on publisher. The number of six-figure advances received by white writers eclipsed the number for Black writers, particularly in the case of debuts published by major houses. In genres such as literary fiction, a white male reported receiving $800,000 for his debut, and white authors writing young adult fantasy disclosed receiving more than $100,000 per book. Award-winning, critically acclaimed, and highly respected Black authors such as N. K. Jemisin, Kiese Laymon, and Jesmyn Ward, revealed their book advances or their struggles to advocate for more money even after the publication of well-received, solidly selling works.

Many within the industry have been watching the progression of #PublishingPaidMe, including Black editors. Cherrita Lee, who has worked as an acquisitions editor at an indie press, says she sees #PublishingPaidMe as a “sad necessity” because it brings clear inequalities to light. “Salaries, advances, royalties, all payment and remuneration should be open, public, and honest. It’s the only way to ensure that payment structures are fair.” A Black editor at a Big Five publishing house, who asked to remain anonymous, says they do not anticipate any direct public response from publishers to #PublishingPaidMe. They said they do hope these publishers are “having internal conversations about the biases associated with advances” and offered some advice: “Stop telling editors to pick ‘realistic’ comparative titles and to be conservative when working on profit and loss statements for diverse books.” Profit and loss statements, or P&Ls, are a set of calculations editors use to project what a book will earn based on monies fronted by the publisher and how much the book is expected to sell; they are often drafted when an editor prepares to make an offer on a title and can influence the size of advances. Numbers are crunched to include in- and out-of-house costs, and when those numbers are based on underestimates of sales, they create advances that reflect flawed and biased thinking.

While the size of book advances are often hinted at via coded language in announcements on the industry website Publishers Marketplace, one of the most public records of publishing deals, exact numbers aren’t often shared unless there has been an exceptionally large advance (typically six or seven figures) receiving media coverage. Though there are outliers, #PublishingPaidMe showcases that major publishers have often put those funds behind non-Black voices. In making this financial information publicly available, #PublishingPaidMe crystallizes the divergence between “perceived” value for Black stories and the same Black lives the industry proclaims to respect.

Although publishers remained quiet about the inequities the hashtag laid bare, authors expressed their dismay on Twitter. For some the revelation was validating and for others eye-opening. Ivelisse Rodriguez, author of Love War Stories (Feminist Press, 2018), is hopeful for change that may come out of the #PublishingPaidMe discussion. “While the [results of the] hashtag [were] demoralizing and disheartening, I generally believe that you can only work with the truth. So my hope is that now that writers of color know this, they will be in a better position to negotiate and advocate for themselves.”

The demand for accountability isn’t losing steam. Since #PublishingPaidMe took off in June, hashtags and accounts popped up to bring more transparency to publishing salaries and to collate this information for authors in the United States and the United Kingdom. The day #PublishingPaidMe went viral, Hugo-nominated illustrator Grace Fong started a spreadsheet compiling the numbers shared online. Since then a Google form was created in which writers, illustrators, graphic novelists, and others can anonymously submit their publishing information. The newly formed Transparency Project, co-led by Onyebuchi, will maintain and compile this data with the help of volunteer statisticians; focus will remain on Black creators, in order to preserve the hashtag’s original intention. But as more information reveals inherent bias, the question remains: Will this lead to an actual dismantling of a problematic system? A second Black editor at another Big Five publisher, who also asked to be anonymous, says it remains to be seen: “I’m not sure I believe it all just yet, but I’m cautiously optimistic that if ever there was a time to shake the table and demand them to do more, to do better, it would be now.”

Jennifer Baker is a publishing professional, creator of the Minorities in Publishing podcast, and a contributing editor for Electric Literature.

A Letter From a Black Woman in Publishing on the Industry’s Cruel, Hypocritical Insistence That Words Matter
by Mariah Stovall | Online Exclusive 6.8.20

A message to self-proclaimed allies: Actions speak louder than words.

“I would like to be among the crop of Black writers who emerged from the ashes of a torched racist system.”

Dear White Readers, Gatekeepers, and Members of the Media
by Candace McDuffie | 8.12.20

“These acts of solidarity are worthless if you are not consistently supporting and standing up for us every single day.”