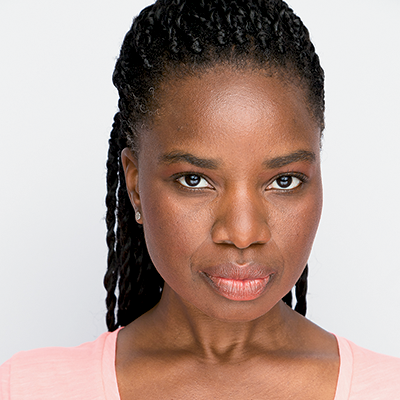 Why did it take a public lynching for the literary community to want to hear my big Black voice? I have been submitting query letters and sending out manuscripts. I have been subscribing to literary magazines so that I can keep abreast of the writing community. I researched the agents who claim their interests are most in line with my work. I followed all the submission guidelines. I submitted poems and short stories to literary magazines that insist they are eager to hear bold new voices. I took the time to select my best material, attached it to a well-constructed introductory e-mail, then pressed Send. Then I waited. I waited to hear back from an agent, an agent’s assistant, or an editor. I waited to hear back from a gatekeeper who has access to resources that can advance my writing career. I waited.

I started writing when I graduated from New York University in May 2000. My meager administrative assistant salary afforded me an apartment in the Bedford-Stuyvesant      neighborhood of Brooklyn, New York, located two blocks from the G train. The G train is a neglected New York City transit line that is constantly malfunctioning and sporadically serves what was once considered a low-income section of the city. I spent many hours on the dreary train station platform waiting for the G train, which connected me to the A train, which finally shuttled me to and from my place of employment in Manhattan. The wait became mind-numbing, so I bought a set of black Moleskin notebooks and I began to scribble whatever came to my mind during those long gaps of immobility. During that time I penned a lot of flash fiction and poetry. Expressing myself with a pen and paper kept me sane when I felt I had very little power to change my squalid living situation. I entered some of my work in writing contests. I waited.

In the years since then, I have spent most of my time honing my writing skills. I have actively participated in numerous writing workshops, creative writing classes, and critique groups. I became a regular on the open mic scene, and I completed a novel and a book of poetry. I submitted my manuscripts to various literary agencies and publishers, and I eagerly awaited a response. I waited.

This past May the whole world bore witness to a public execution that was reminiscent of both a decapitation during the Reign of Terror and a Black man being lynched in the South after the Civil War. While millions of Black people responded in outrage by taking to the streets, sharing stories of racism and calling out companies for racist practices, white people publicly aligned themselves with the Black Lives Matter movement, and companies expressed the sudden need to support Black businesses, influencers, writers, etc. I want to believe that after years of fighting oppression, white people finally see that systemic racism is a problem, but I can’t help but wonder whether publishers and other companies are taking advantage of the momentum while also taking a preemptive strike in case someone points out that they, too, are racist.

Dear white publishers, I am a Black woman who has been writing for many years. I have invested a lot of time and money to enhance my writing skills. There isn’t an agent I haven’t sent a query letter to or a publisher I didn’t research to make sure my work fits their guidelines. I do the work, and I have seen my white peers advance while I am told that my stories are controversial, or “we can’t take a risk on you.” You are now calling for the Black stories that you’ve been pushing aside for years. I really don’t care what your motives are. I do ask that when you publish me and my fellow Black writers, you offer us the same money, contract, and marketing you would to a white man writing yet another western novel. You decide which books are worthy of reading, so now it’s your chance to tell readers that books by Black authors belong on the front shelf at Barnes & Noble. Black novels should be debated in book clubs. Black stories should be turned into movies.

It is unfortunate that it took a man’s public demise coupled with massive demonstrations of white rage for this moment to come to fruition. But so be it. I would like to be among the crop of Black writers who emerged from the ashes of a torched racist system—or at least a system that was forced to publicly acknowledge institutionalized racism.

Noro Otitigbe is an author, poet, and spoken word artist who has performed on stages in New York, Berlin, Nigeria, and Italy. She is the recipient of the 2019 Jericho Fellowship Playwright Prize. Otitigbe holds a bachelor’s degree in communication studies with a minor in cultural anthropology from New York University. Her debut novel, “ideations,” was completed while participating in the Community Literature Initiative Workshop at the University of Southern California. She can be found on Instagram, @noroskoo.