Dear White Readers, Gatekeepers, and Members of the Media 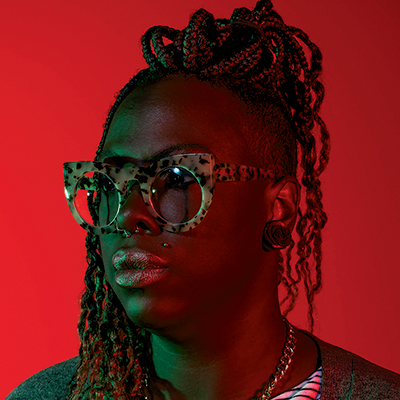 The conversations around racism and anti-Blackness in the media industry are finally rising to the surface. It feels like a long overdue reckoning. Because of the constant occurrence of police brutality and violence against us—which caused subsequent global protests—Black America’s struggle to receive any semblance of justice has permeated the nation’s consciousness. But as white folks in publishing start to use their voices to state that Black lives do indeed matter, I feel that it’s evident they show up for us only when it’s fashionable and pertinent for them to do so, with no real interest in advocating for Black communities.

The language surrounding how we acknowledge racism has changed. I have been shocked by the fact that white people are using the word Black with such specificity and so blatantly (although the “all lives matter” crew still manages to rear its head now and then). And while this awareness is vital—coupled with a “new” understanding of how white supremacy is embedded in journalism/media—some of it remains quite performative. Suddenly there’s a need for white consumers of my work as well as editors to offer up allyship and resources when they previously participated in biased systems without any remorse.

I wrote about COVID-19 three separate times over the past three months: how it impacts communities of color more severely. (Since the start of quarantine, my mother, brother, and niece have been and still are frontline workers.) Not one white person crawled into my inbox feigning concern about racism or asking about how the Black community is doing (to put this in perspective, I received over a dozen of these messages since the Minneapolis riots). The resources currently being offered to Black writers like myself from white editors—including free workshops, pitching advice, and contacts—is something I thought I would never see since I started my freelance career over a decade ago.

When I did my entrepreneur profiles that highlighted people of color at Forbes (which ended two years ago), white folks weren’t asking how to elevate their achievements—they only reached out if they wanted to pitch their clients to the series. I’ve written about anti-Blackness in the fashion industry, how the country disposes of Black women and girls, how Black folks are punished for their methods of protests. It was crickets then, too. Systemic racism has been the basis of America for the past four hundred years—so why are you suddenly publicly supporting Black people? The truth is: These acts of solidarity are worthless if you are not consistently supporting and standing up for us every single day.

This means routinely acknowledging, questioning, and working to eradicate systems you benefit from. It means recruiting diverse hires, giving them leadership positions, and paying them their worth. It means giving Black writers the space and support to authentically be themselves in the newsroom. It means soliciting us to write different kinds of articles, not just ones centering our traumas. It means reading and sharing our work when it’s about social issues—not just fashion tips, viral dances, or rappers you should listen to. It means showing support for Black people on social media without using their likeness as avatars and making yourself the center of the conversation. We’ve been Black, which means we never had the luxury of learning and unlearning racism because we’ve always been on the receiving end of it. But if you’re truly devoted to helping Black people in this field, then you must not only show up for us regularly—you need to do it right.

Candace McDuffie is a culture and music journalist whose work has been featured in outlets such as Entertainment Weekly, Al Jazeera, Rolling Stone, and NBC News. She is currently based in Boston.