Hey mi gente, happy February. I’m happy to share with you more reflections from Houston writers about how they have been spending their time during the COVID-19 pandemic. Each writer has answered this simple question:

This week, we hear from Robin Davidson. Davidson is the author of two poetry chapbooks, Kneeling in the Dojo (Finishing Line Press, 2013) and City That Ripens on the Tree of the World (Calypso Editions, 2013), and the collection, Luminous Other, awarded the Ashland Poetry Press’s 2012 Richard Snyder Memorial Publication Prize. Recipient of a Fulbright professorship at the Jagiellonian University in Kraków, Poland and an NEA translation fellowship, Davidson is cotranslator with Ewa Elżbieta Nowakowska of Ewa Lipska’s poems from the Polish—The New Century (Northwestern University Press, 2009) and Dear Ms. Schubert (Princeton University Press, 2021). Davidson served as Houston poet laureate under the leadership of mayors Annise Parker and Sylvester Turner from 2015 to 2017, and edited the citywide 2018 anthology, Houston’s Favorite Poems. She was inducted into the Texas Institute of Letters in 2019, and teaches literature and creative writing as professor emeritus of English for the University of Houston-Downtown.

Here’s what she had to say:

“In the early hours of March 11, 2020, I woke to intense chills, fever, nausea, and the beginning of what would become three weeks of a flu-like illness more severe than I’d ever before experienced. I was bedridden for most of that time, with a persistent fever of 103 to 104, and for days Sappho’s line resonated in my thoughts, I feel that death has come near me. There was no COVID testing in Houston then, and my doctor believed I likely had contracted a flu, despite the vaccine I’d had weeks earlier. My husband, too, experienced some of these symptoms, though far milder, and we did not sleep in the same room for two weeks after forty-four years of sharing a bed nightly, except when one of us was traveling. We did not see any of our children or grandchildren for more than two months, and I thought I would die of grief in their absence, rather than of some unnameable disease. The morning I woke to the weight of an icy hand pressing down hard on my chest, I recognized the signs of pneumonia. I prayed, willed that hand away, and decided to get up and move, no matter if I stumbled, couldn’t entirely stand. In the weeks that followed I saw friends and family members lose loved ones to COVID, loved ones they could not sit with in their illness, nor bury upon their death. I tried to read, to write. Nothing worked, except for sorting through photographs of my grandsons which I’d print, cut out, and glue into a tiny scrapbook for each of them to have in our absence. My husband and I have recovered slowly over the course of ten months, with intermittent symptoms recurring like mild sequelae. We only learned for certain in late summer that we had had COVID when our antibodies tests showed positive results for SARS-CoV-2. As I’ve watched this virus sweep through our nation and the world, I recognize how minor my family’s experience has been compared to the great suffering of so many others. I wrote this piece initially on the eve of one of the most critical presidential elections in the history of the United States. As of that morning, November 2, 2020, the U.S. reported 9,282,358 confirmed cases of the coronavirus and 230,937 deaths. Since January, Americans have seen that death toll surpass 450,000. We have seen an insurrection play out in our nation’s Capitol Building in which violent extremists attempted a governmental coup. But we have also witnessed the successful election and inauguration of president Joseph Biden and vice president Kamala Harris as a powerful step on behalf of a renewed democracy. This nation has some distance to go in combatting the COVID pandemic, systemic racism and its concomitant violence, extreme climate, economic crisis, and global unrest, but the future looks far brighter this month than it has in the past four years. May we continue to choose well.” 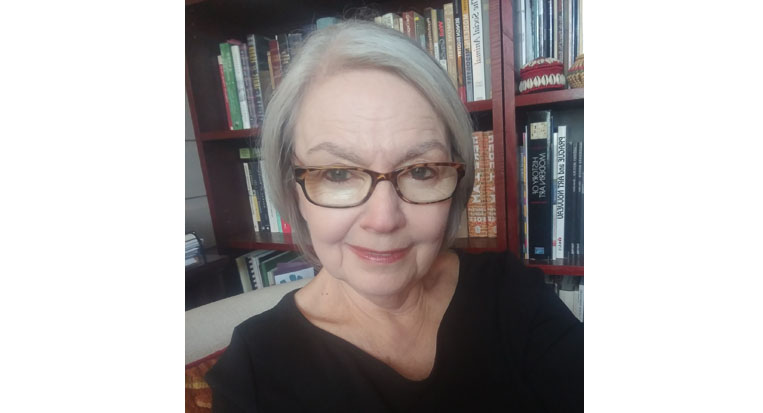 Photo: Robin Davidson (Credit: Robin Davidson).
Lupe Mendez is the literary outreach coordinator for Poets & Writers in Houston. Contact him at Houston@pw.org or on Twitter, @houstonpworg.