I’m continuing this series of interviews, asking Houston writers how and what they’ve been doing since the start of the COVID-19 pandemic. It’s been enlightening and heartwarming to hear these responses when I pose the question:

Here’s what he says:

“What have I been doing since the pandemic started? Well, I’ve been editing my collection of short stories titled The Book of Wanderers, which I’ll have some news to report about soon. I’m working on a collection of poetry that’s been kicking me around in terms of order and titles, but I’m loving the journey for the destination. I did a whole podcast with Houston creatives where we discussed career-based issues for the contemporary artist. Oh! I also received a Poets & Writers’ United States of Writing grant to organize a series of virtual readings focused on pop culture featuring Houston writers of color titled Houston Eyes, Silver Screens (HESS). It’s cofunded by the Houston Arts Alliance because I originally received a grant from them to organize a literary reading/pro wrestling event where pro wrestlers were going to perform parts of my short story. But this whole pandemic thing happened, and I had to cancel it. C’est la vie, lo que sea, oh well.

If you missed the first and second installments of HESS (on films and video games, respectively), it’s totally okay! Not only is the last one coming up on December 18 at 7:00 PM CT (on music with Miranda Ramírez, Aliah Lavonne Tigh, and José Eduardo Sánchez), but you can watch the other readings with captions in English and Spanish on my YouTube channel. Happy reading and writing!” 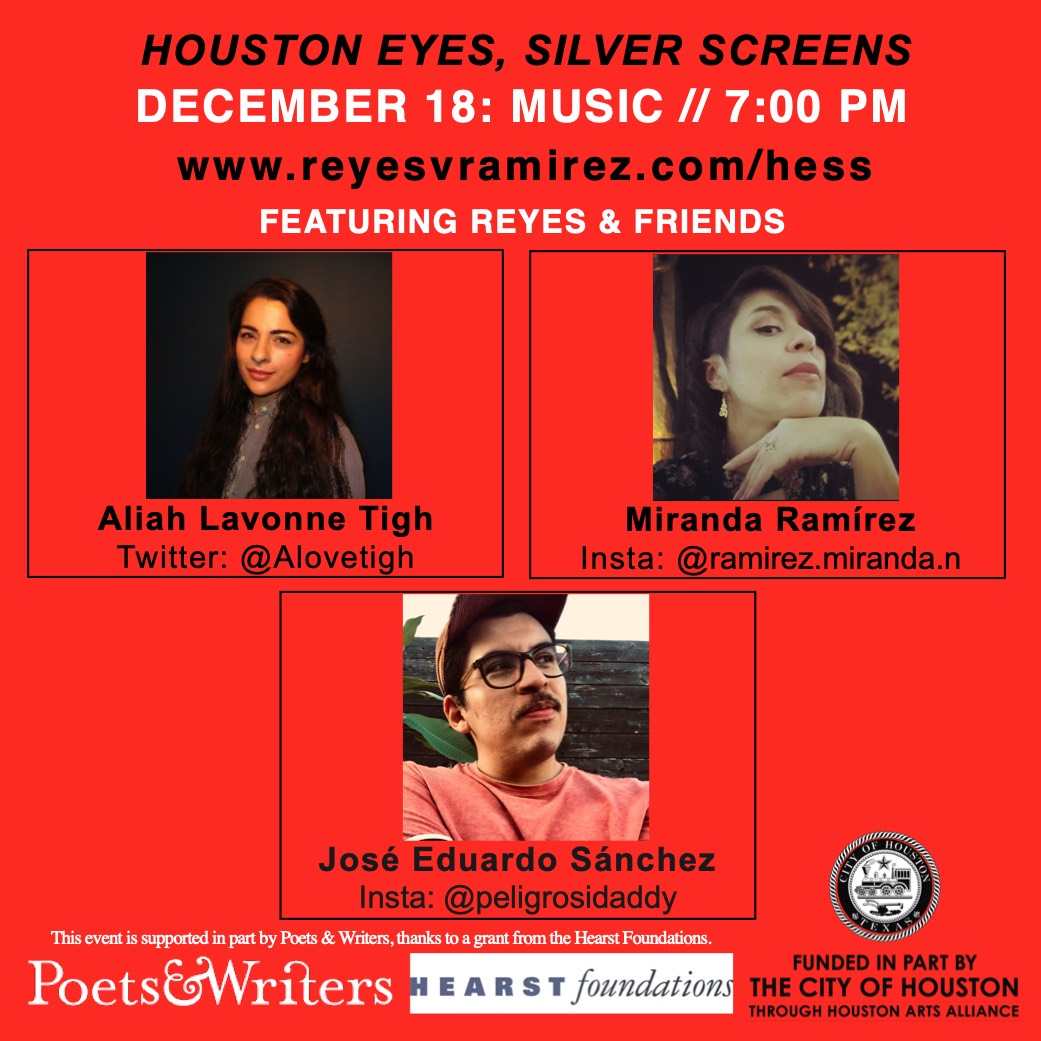 Photo: Flyer for December 18 Houston Eyes, Silver Screens virtual event.
Lupe Mendez is the literary outreach coordinator for Poets & Writers in Houston. Contact him at Houston@pw.org or on Twitter, @houstonpworg.