The Contester: One Editor's Take on Clean Competition

I have read with interest a number of recent reports on the fairness of literary contests because, like many writers, I have both personal and professional experience with competitions. Much has been written about some judges rewarding friends and former students, and I worry that a few questionable practices have detracted from the hundreds of contests that bring recognition to so many well-deserving writers. Nevertheless, there are steps that all of us—editors, judges, and writers—can take to help keep contests clean. 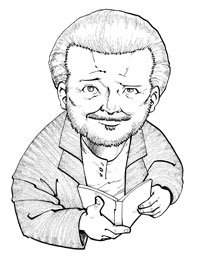 In addition to coordinating the MFA program at Georgia College & State University, I am the editor of Arts & Letters Journal of Contemporary Culture, a biannual magazine that sponsors a contest offering three prizes of one thousand dollars each, plus publication, for a group of poems, a short story, and a one-act play. Since 1997 I have been the recipient of four competitive prizes, including the Arkansas Poetry Award from the University of Arkansas Press and the Chattahoochee Review’s Lamar York Prize. At the time of my winning, I had no personal ties to those who chose my work over hundreds of other submissions. This has been my experience for years—as a writer receiving prizes and as an editor presenting them.

Yet, accounts of a few judges giving awards to students and friends have been well documented, and, as a result, many writers are suspicious of all contests. It’s hard to blame them. When writers pay fifteen dollars or more to enter a contest, not to mention photocopying and mailing costs, they naturally wonder where the money is going, and whether their fees represent a reasonable guarantee that the contest will be run fairly and objectively.

I believe that most contests are legitimate, but I agree with writers who call for better guidelines, and I look forward to those that the Council of Literary Magazines and Presses plans to publish soon. But I have some suggestions of my own for organizations that sponsor contests and for writers who would enter them.

The operating costs of a literary contest—publicity, judge’s honorarium, cash prizes, and so on—should not be financed by anticipated entry fees. Contest sponsors should establish funding for such costs prior to receiving any entry fees. Ideally, private money (gifts, endowments, foundation grants) should support the prizes. This is how the Arts & Letters prizes are funded. Of course, some organizations may not have this kind of money, but funding for a contest, whether from private funds or from regular revenues, must be established before the contest starts. If this is done, no matter how many writers enter—a hundred or a thousand—the sponsoring organization is able to deliver what it promised. Once an organization runs a successful contest, revenues earned from that competition may be applied to next year’s budget. This kind of budgeting is called “accrual accounting” (not spending money before you have it). If an organization cannot first establish funding for a contest, then that organization is not ready to be a sponsor.

Entry fees should provide for a copy of the winning book, an annual subscription to the sponsoring journal, or a copy of the issue featuring contest winners. This guideline guarantees the entrant something more tangible than consideration by an anonymous reader. But more important, it may assure participants that their entry fees are going toward the production of a journal or book, and not being used just for cash prizes.

All manuscripts should be screened and judged anonymously by readers who should recuse themselves from considering work by someone with whom they have a strong, personal relationship. This gets to the heart of the debate over fairness. First, I don’t believe having readers or judges sign an ethics statement, as some have suggested, will help. Unscrupulous judges will bend the truth whether they sign an oath or not. Contest sponsors, however, can prevent judges from handpicking students or friends. Like most contests, the Arts & Letters competition begins with an anonymous screening process of initial readings by our editorial staff. This establishes a firewall against judges who might try to preselect manuscripts from hundreds of submissions. Final judges should have no idea who the finalists will be.

But once those finalists are selected, what constitutes a “strong, personal relationship” between judge and contestant? I believe that if a judge recognizes work by a colleague or friend, or by a student who currently attends any program in which the judge is teaching, or if the work was written by a former student whom the judge is currently mentoring, then that judge should not consider the manuscript in question. Readers who screen manuscripts should be held to the same guidelines.

At Arts & Letters, from 1999 to 2005, I’ve had three judges (out of twenty-one) tell me they had a past connection to an author they had selected. In two cases, the contestant had been a former student, which certainly concerned me, but after questioning those two judges, I determined that they had not been in contact with the students for years and that they had no idea whose work they had selected until I told them the author’s name. For skeptics who are not teachers, as I am, let me say that, while I care about my students, and often stay in touch, it’s uncommon for me to be reading their manuscripts eight years after they were in my class.

Only once did an Arts & Letters judge actually recognize the author’s work that she selected. This judge had attended a conference workshop where the author’s one-act play was among several that received a staged reading. But I was convinced that she had no special interest in selecting the author’s work. The winner was neither the judge’s current student nor a friend; there was no ongoing mentoring relationship between the judge and the winner. And of course, our screening process had already selected the work as one of ten deserving to win from among over two hundred submissions.

Some say any connection between a contestant and judge should disqualify that writer’s submission to a contest. But the writing community (like any professional community) is so interconnected that there’s no foolproof way to ensure that readers, editors, judges, and contestants will always be strangers to each other. Judges are, typically, prominent writers who neither work nor live in a vacuum. They attend readings and conferences; they read journals and magazines. But if contests follow anonymous judging procedures carefully, conflicts of interest are not likely to occur.

Names of judges should be publicized before the competition begins. This suggestion may seem counterprogressive, perhaps even solicitous of a judge’s former students and current friends; however, I believe that this information helps contestants determine whether a judge’s aesthetic is radically different from their own. But there is a more important reason. Most criticism has been leveled at those who conduct contests, and at the final judges who select students or friends, but I’ve yet to hear anyone admonish writers to avoid entering a contest if they have a strong, personal relationship with the judge. So I’ll be the first person to ask writers to skip contests that pose a conflict of interest for them. If I, as a writer, know the final judge, I don’t enter the contest.

In the end, no matter how many guidelines we establish, fair literary contests rely on the honor system. This applies to everyone: editors administering the contests, initial readers who screen submissions, final judges, and, yes, even the writers who submit their work. More often than not, this system works. What I’ve experienced, what my friends and colleagues have experienced, and what the winners of the contest that I sponsor have experienced, is almost universally positive: When the phone rang, we all felt the thrill that such unexpected news brings.

Martin Lammon is the coordinator of the MFA program at Georgia College & State University and the editor of Arts & Letters Journal of Contemporary Culture.

The Contester: Series Editor Retires Amid Controversy
by Kevin Larimer | News and Trends 11.1.05

Fueled by allegations of unfairness, Bin Ramke announces his retirement after twenty-two years as editor of the Contemporary Poetry Series.