Up until last fall, the closest Jeffrey Levine had come to a controversial contest was when he agreed to publish Priscilla Sneff's poetry collection, O Woolly City, the 2004 winner of the Kenyon Review Prize (the book had been orphaned when Neil Azevedo's Zoo Press ceased operations early last year). Levine's Tupelo Press, founded eight years ago, had been almost universally praised for setting a new standard among independent literary presses and for sponsoring three successful poetry contests: the Snowbound Series Chapbook Award, the Tupelo Press Poetry Contest, and the Dorset Prize, all of which include a cash prize and publication. 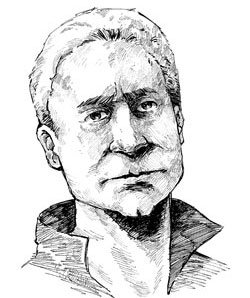 But, in the opinion of many, the solid reputation the press had established by publishing nearly fifty books by such poets as Ray Gonzalez, Joy Katz, Anna Rabinowitz, Floyd Skloot, and Matthew Zapruder and fiction writers Lewis Buzbee and David Petruzelli, was tarnished late last year by allegations of unfairness stemming from Levine's administration of an open submission period in July 2006 and his subsequent invitation to a number of poets whose work was rejected during that period to submit to the Dorset Prize—where, he said, they would automatically pass through the first round of competition.

The controversy that followed prompted Levine to say, "The world is full of a lot of burning effigies of me at the moment."

Here's what happened: Last summer Levine announced he would accept open submissions of poetry and fiction during the month of July. For a reading fee of thirty-five dollars for poets and forty-five dollars for fiction writers, he would personally consider for publication every manuscript submitted. "Outside of a contest arena my aim is to open up the press lists to all comers, anybody who's got a manuscript and wants it read carefully," Levine says of the offer. "There's no judge. I read absolutely everything that comes in and make a determination about what suits the press list. Unlike the contests, I'm apt to choose three or four or even five books to publish."

The July 2006 open submission period was the press's second. The first, in July 2005, resulted in four hundred and fifty submissions. Although he hadn't promised it in his initial offer, Levine wrote a short note with comments to everyone who submitted manuscripts during that first open submission period. (He also chose four of the manuscripts to publish, including O Woolly City, which is forthcoming this spring.) Last year Levine decided to make his short critique an official part of the offer. "Why go unsung," says Levine, who was proud of the personal attention he gave to the submissions. "Of course, I didn't expect to get a thousand manuscripts."

Indeed, more than twice as many poets and fiction writers submitted to the July 2006 submission period, which left Levine feeling "shell-shocked," he says. "There were twenty-seven boxes of manuscripts, sixty-eight thousand pages of poetry, and I was totally beside myself, but a deal's a deal." So Levine set out to evaluate and respond to the manuscripts by sorting them into seventeen piles, each of them based upon what he considered strengths, weaknesses, and "how promising the author was to begin with."

Instead of responding individually to each manuscript, Levine wrote seventeen different templates, each of which reflected what he considered "a really careful and thoughtful appreciation of those manuscripts." He also chose seven manuscripts to publish. Unfortunately, some of the rejected manuscripts were misfiled, Levine says. "I know for certain it happened at least twice, because I got irate e-mails."

Rodney Wittwer's poetry manuscript was apparently one of the misfiled. The personal critique Levine sent to the poet on November 4, 2006, was supposed to have been in response to Wittwer's manuscript, "Gone and Gone." Instead, it referenced a manuscript titled "To the Survivors." Wittwer then compared his to the letters received by three other poets—Tim Mayo, Suzanne Roberts, and Jeremy Voigt, all of whom submitted to the 2006 open submission period—and realized that, instead of the "personal critique" they were promised, Wittwer says, "we all received the same two-page letter from Mr. Levine." The process whereby Levine responded to the manuscripts—which would have resulted in a number of poets and fiction writers from each of Levine's seventeen piles receiving the same letter—was not mentioned in the letters.

Some of Levine's letters also included an invitation to submit the rejected manuscript to the Dorset Prize, "where it will automatically skip over the first round of readings." (The entry fee for the annual Dorset Prize, which offers ten thousand dollars and publication by Tupelo Press for a book-length collection of poetry, is twenty-five dollars. Levine says all manuscripts are read anonymously after a clerk in the Tupelo office files and sorts the submissions.) The invitation sounded an alarm to poets who knew that the guidelines for the Dorset Prize specifically stated, "All manuscripts will be read blind."

"This bumping up to the next round seems to contradict the idea of a level playing field and the avoidance of favoritism, which is behind a blind manuscript policy," Wittwer wrote in a letter to the editor of this magazine, which was also signed by Mayo, Roberts, and Voigt. The complaint was repeated in several message forums, on blogs, and on the Web site Foetry.

Levine says he simply encouraged poets with "competitive manuscripts" to submit to a contest in which they would obviously "pass muster" during the first round—and that the first round of the contest is where only manuscripts that are obviously "noncompetitive" are removed from the competition. "If they can write at all they'll go through to the second round," he says.

"I'm failing to see why people are contentious about encouraging authors to submit to prizes. Isn't it a fact that when you take out an ad you're encouraging the entire universe of poets to submit to your prize?" Levine says. "What would be unethical is if I did it, and I didn't tell the world. What's ethical is to be completely transparent about what our practices are [so] that people can make up their minds."

Of course, not everyone who was eligible for the Dorset Prize—a poet who did not submit to the open submission period, for example—was aware that some would be allowed to pass through the first round of the contest. Still, Levine insists that the decision didn't affect the fairness of the contest. "I'm completely comfortable with both the issue of equity and fairness here," he says. "If I were sending these first-level readings out to people who may have other aesthetics to apply that's one thing, but they're getting the same person applying the same standards to the manuscripts, so nobody is getting an advantage."

In addition to the first-round bye in the Dorset Prize competition, Levine invited poets whose work he rejected during the open submission period to pay for a manuscript review—a "thorough, poem-by-poem critique" by Levine himself—for nearly three hundred dollars. Levine says he typically charges nine hundred dollars for such a critique, but because he was unable to write a personal note to all who submitted, he wanted to offer the service at a substantial discount. "It turns out, in retrospect, that was a terrible idea for five or six reasons," he says. "It didn't occur to me at the time that some people would perceive that offer as anything other than kind and generous."

After realizing they had all received the same letter, Wittwer, Mayo, Roberts, and Voigt—none of whom took advantage of Levine's offer—stated that they were "offended by this unabashed sales pitch to edit our manuscripts for the price of two hundred and ninety-five dollars after having promised us a brief critique for thirty-five dollars." And the four poets pointed to what they considered another problem as well.

During the first four years of the competition, the Dorset Prize was judged by a well-known poet—Stephen Dunn, Linda Gregerson, Carl Phillips, and Eleanor Wilner have all held the post. But an announcement published on the Tupelo Web site in September stated that the guidelines had changed. Beginning with the 2006 contest, a panel consisting of Tupelo editors (including Levine himself) and one or two "distinguished poets" would judge. Rather than rely on an individual poet to determine the winner of the contest, Levine wanted the aesthetic of the press to weigh more heavily in the process. However, the Dorset guidelines stated that "You should not enter this year's contest if you have studied with, or have a close personal relationship with any of the panelists, or if any of the panelists has helped shape your manuscript in any manner," which would automatically disqualify a poet who received a full manuscript review from Levine.

Levine initially decided that if any of the poets who submitted to the open submission period were finalists for the Dorset Prize, he would recuse himself as a judge. "That seemed a very ethical way to handle the matter," Levine wrote in the weekly Tupelo newsletter, which is sent to six thousand subscribers, on November 20, 2006. "But in thinking further about it, and in order to leave nothing to question and be very clear, I am amending this decision. Therefore, any collection to which I have given a full, written manuscript review will be ineligible for any Tupelo Press book prize."

Levine says a lot of poets took him up on his offer for the full manuscript review, but nearly two months after disqualifying them from the press's book prizes, he decided to cancel the manuscript reviews as well. After talking with Jeffrey Lependorf, the executive director of the Council of Literary Magazines and Presses—of which Tupelo Press is a member—Levine decided to return all manuscripts that had been submitted for his critique. Tupelo's January 12, 2007, newsletter included a message from Levine, who wrote, "Some poets (and some non-poets) continued to voice objections even after we clarified that no one who received such a review would be eligible to enter a Tupelo Press competition. Jeffrey Lependorf felt strongly that the best way to deal with those concerns would be by returning the manuscripts sent me for review, and I agreed."

As of this writing, the winner of the 2006 Dorset Prize has not been announced.

The University of Georgia Press recently revoked the 2004 Flannery O’Connor Award for Short Fiction given to Brad Vice of Starkville, Mississippi, for his short story collection, The Bear Bryant Funeral Train, which was published in...