The Contester: The Long and Short of Story Awards

Short story writers have received some mixed messages lately, beginning with last summer’s news out of Omaha, Nebraska: After two years of administering the annual Award for Short Fiction competition, Zoo Press publisher Neil Azevedo announced that no winners would be chosen for either year, and no entry fees would be refunded. Then, in September, more bad news came, this time from Fairfax, Virginia: David Fenza, executive director of the Association of Writers & Writers Programs (AWP), announced that the judge of the organization’s annual short fiction contest found that “no manuscript was worthy of the award.” 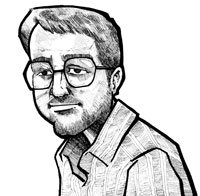 But fiction writers were reminded that there are indeed masterful practitioners of the genre when it was announced in October that Lorrie Moore, the author of Like Life and Birds of America, was the winner of the prestigious Rea Award, given annually to writers who have made “a significant contribution to the short story form.” And on January 26, at Symphony Space in New York City, a fiction writer will receive the first annual Story Prize. At $20,000, it is the largest cash prize ever awarded specifically for any collection of short stories published in the previous year.

So what gives? Aren’t new and emerging short story writers worthy of honor, reward, and celebration, too? Of course, an award given to an established writer is the safer bet. But does that leave unpublished short story writers facing an insuperable mountain of rejection?

According to Fenza, AWP received 295 entries for the organization’s 2004 Award Series in Short Fiction, which offered $2,000 and publication by the University of Massachusetts Press for a book-length manuscript. “That’s a lot fewer than we usually receive,” Fenza says, “so that may have exacerbated, or maybe even caused, the disappointment of the judge.” The judge, Douglas Bauer, the author of three novels and two books of nonfiction, considered ten anonymous semifinalists—submitted to him by AWP’s staff of readers, composed of publishing professionals in the appropriate genre—but he did not choose a winner.

The guidelines for the AWP Award Series have stated—since its inception in 1975—that the judge makes the final decision, and no award will be given if the judge finds no manuscript that merits the award. AWP does not refund entry fees, which were $20 ($10 for AWP members) for the 2004 short fiction contest.

“If a literary competition succeeds,” wrote Fenza in a letter to all contest entrants, “it does so because it upholds standards of literary excellence—not because it guarantees a prize, like a sweepstakes or lottery.” (AWP has been upholding those standards a lot lately: In four of the last nine competitions, there was no winner chosen for the organization’s novel award.)

In 2005, AWP will offer the first annual Grace Paley Prize in Short Fiction. The winner will receive $4,000 and publication of the winning manuscript. As a consolation to those who entered last year’s winnerless short fiction contest, AWP will waive their entry fee for this year’s Grace Paley Prize competition. The deadline is February 28.

“It’s surprising,” says Larry Dark, former O. Henry Prize Stories series editor, of Bauer’s decision. “On the other hand, any award depends on the entries. The fact that they didn’t get an entry…worthy of winning may just mean that they didn’t get great entries; it doesn’t mean that there aren’t great short stories being written.” Dark is banking on that. In early 2004 he and Julie Lindsey announced a newly established annual award of $20,000 to the author of a recently published book of short fiction.

Dark and Lindsey launched the book award for short stories to promote a genre that they believe is underrepresented in the other major book awards. “For the most part, short story collections are not usually among the finalists or winners of the major book awards, like the National Book Awards, PEN/Faulkner, or the Pulitzer,” says Dark.

Indeed, during the last five years only four of the twenty-five finalists for the National Book Award in Fiction have been short story collections. The same goes for the PEN/Faulkner Award: Four of twenty-five fiction writers have been nominated for short story collections. And the Pulitzer? Four of fifteen finalists for the Pulitzer Prize in fiction have been books of short stories. (Of those twelve short story writers who, during the last five years, were nominated for the major awards, three of them won: Jhumpa Lahiri, Sabina Murray, and John Updike.)

Dark says short story collections often get lost in the shuffle when considered against novels for these annual book awards, so he created the Story Prize to level the playing field a bit. The judges for the first annual prize are Dan Chaon, author of the short story collections Among the Missing and Fitting Ends; Ann Christophersen, a bookseller in Chicago; and Brigid Hughes, editor of the Paris Review. Dark plans to enlist a writer, a critic, and a librarian as judges for the prize in 2005.

“Each year it will be a different mix,” Dark says. “The industry is bigger than just writers. I think it is important to involve everyone who is involved with books for a book award.” The Story Prize advisory board reflects this diversity as well. Among the board members are Atlantic Monthly senior editor C. Michael Curtis, fiction writer Dave Eggers, agent Amanda Urban, and bookseller Jim Harris.

Dark and Lindsey received 59 submissions from 34 different publishers for the first annual Story Prize. Each entrant paid a $75 entry fee; the award is backed by a private donor.

“I feel like the short story is almost in the same position as poetry,” Dark says. “It needs a lot of cultural advocacy because it’s certainly not commercially strong.” Of course, the hope is that the recipient of a book award will sell more copies of the winning book—which would certainly improve that particular short story collection’s commercial strength—but Dark has higher aspirations. “The Story Prize isn’t just about handing out a generous cash award to a deserving author,” he says. “We also want to serve as an advocate for short stories and novellas.”

Although Dark and Lindsey have been busy lately with the work at hand—establishing the Story Prize as a major book award—tentative plans are in place for a National Short Story Month, “or at least a Week,” says Dark, citing the success of National Poetry Month, the marketing bonanza that was launched by the Academy of American Poets 10 years ago. Dark envisions a program “with the same kind of focus and educational programs and readings and particular attention paid to short fiction.” But for now, the focus is on the Story Prize. “Starting a book prize with just two people was ambitious enough for the first year,” Dark says, “and maybe for the first couple of years.”

Among published authors, the Story Prize—and the handful of other prestigious prizes occasionally awarded to short story collections, including the New York Public Library’s Young Lions Fiction Award and the Los Angeles Times Book Prize—is cause for celebration. But what about unpublished fiction writers who are lamenting the recent decisions by Zoo Press and AWP? How many awards are honoring them? As it turns out, plenty. In 2004, Grants & Awards, the section of this magazine that announces deadlines for upcoming contests and the most recent winners, listed 134 contests open to unpublished writers of short fiction, including the Boston Review Short Story Contest, the Lorian Hemingway Short Story Competition, the University of Georgia Press Flannery O’Connor Awards, and the Indiana Review Fiction Prize. And, unlike what happened in some recent contests, winners were actually chosen.

Kevin Larimer is the associate editor of Poets & Writers Magazine.

The University of Georgia Press recently revoked the 2004 Flannery O’Connor Award for Short Fiction given to Brad Vice of Starkville, Mississippi, for his short story collection, The Bear Bryant Funeral Train, which was published in...