At Home With Elizabeth Bishop

We consider its lines to be the most elegant thing in Key West,” wrote poet Elizabeth Bishop to a friend upon purchasing the house at 624 White Street, where she would primarily live in Florida’s southernmost city from 1938 to 1946. During those years Bishop wrote most of North and South, her first published collection of poems, while peering out of the house’s windows and cultivating her lush tropical fruit garden. Now, after several decades of private ownership, Bishop’s former residence will become a public haven for poetry and prose. 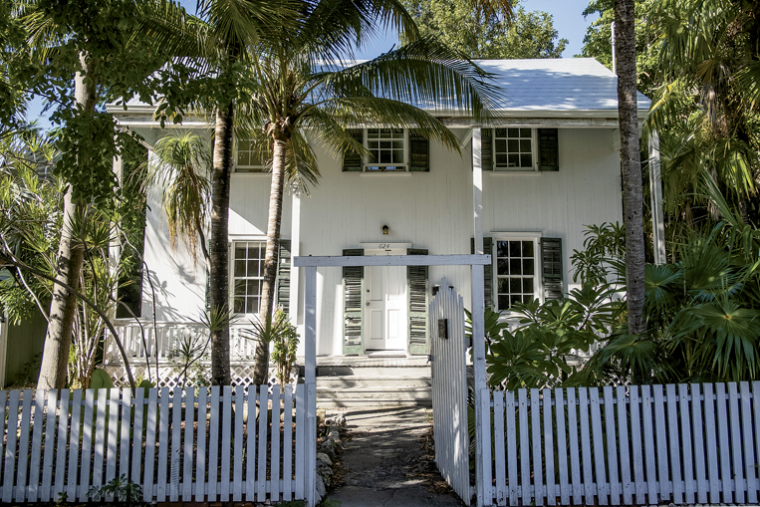 In November 2019 the Key West Literary Seminar (KWLS), a nonprofit organization that runs residencies, conferences, and programming, including a thriving literary festival held every January, acquired the house and its grounds for $1.2 million. As Arlo Haskell, the executive director of KWLS, puts it, promoting Elizabeth Bishop’s history is central to the organization’s mission of advancing literary culture in the area: “Telling Elizabeth Bishop’s story as a young woman coming to Key West, discovering writing, sharpening her powers of observation—that’s a beautiful legacy any young writer can tap into.” The house will become KWLS’s crown jewel, serving as its operating headquarters as well as a venue for readings, lectures, classes, and tours. “Day in and day out it will be where we do our work to tell the story of literary Key West,” says Haskell.

The most distant of the Florida Keys, Key West is a small but densely inhabited island—less than five square miles in size, its population of thirty thousand swells to about fifty thousand in the winter months—and has long been a haven for writers. Ernest Hemingway’s former house is now a museum, where polydactyl cats roam the grounds. Robert Frost and Wallace Stevens met in Key West in 1935 and lived at the same hotel for a time. Today Meg Cabot, Joy Williams, and Ann Beattie find inspiration on the island; Judy Blume runs a bookstore near the Key West Bight. In addition to the obvious geographic draws—beautiful weather, white herons, guava trees—a major part of Key West’s appeal lies in its extreme remoteness from anywhere in the mainland United States. “Writers are often drawn to edges of things,” says Haskell. “I’ve always thought that Key West allows that. You’re at home but away from home.” 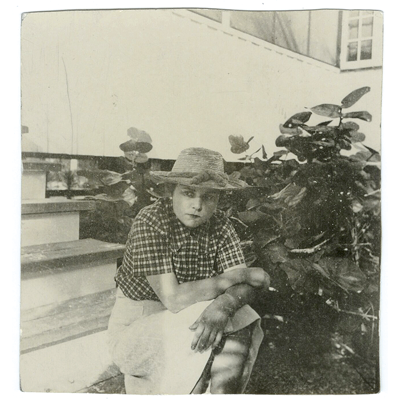 Born in 1911 in Worcester, Massachusetts, Bishop spent her childhood in New England and Nova Scotia. In 1937, Bishop and her then-partner, Louise Crane, moved to Key West, where the flora and fauna were unlike anything Bishop had ever seen: palm trees, papayas, magnificent frigate birds. In 1938, with Crane’s financial assistance, Bishop bought the house at 624 White Street. Built in 1886, the house is an “eyebrow” house, an iconic Key West design in which the roof slopes down over small second-story windows to block the sun, creating a heavy-lidded effect. (In “Florida Deserta,” Bishop describes “summer stars, refrangible though aloof” that “converge invisibly on each tin roof” of these houses.)

Bishop owned the house until 1946, when she sold it to Lisbeth Weymouth, and it has remained in the Weymouth family until its purchase by KWLS. While the space will require renovation to serve as the organization’s headquarters, KWLS plans to celebrate the house as it was in Bishop’s time. Although natural wear and tear has taken a toll over the past seventy years, structurally it has remained remarkably unchanged from the 1940s, with its original wood panels and wood floors still intact. “You walk through the house and it feels like a time capsule,” Haskell says. “It feels like Elizabeth Bishop’s house.” Through the renovation process, KWLS plans to restore the house to how Bishop would have known it, aided in great part by her abundant correspondence. Bishop’s letters describe both the dwelling and its grounds in lush detail, down to itemized foliage in the garden—“one mango tree, one avocado, two banana, two lime”—and porch decor (buckets painted “robin’s egg blue”).

In Florida, Bishop’s powers of observation flourished. Bishop’s “Seascape,” for example, grounds itself in the natural world. She plays with perspective, soaring high above and suddenly zeroing in on a single plant: “the whole region, from the highest heron / down to the weightless mangrove island / with bright green leaves edged neatly with bird-droppings / like illumination in silver,” she writes. This “closely observed writing, zooming in and out,” Haskell says, is a hallmark of Bishop’s Key West poems. Key West opened Bishop’s eyes to both a different landscape and a new way of seeing.

Haskell hopes KWLS can spread Bishop’s legacy more widely with the acquisition of the house. Although other sites important to Bishop have long been pilgrimage spots for her acolytes and casual readers alike, her home in Florida, Haskell says, has “been kind of an unknown part of her material world.” Now that’s changing. In addition to public tours and a lecture series, the building will be the site of writing workshops for high school students, inspiring a new generation of writers to engage their attentions as Bishop did. “It feels like both an honor and a responsibility,” says Haskell. “Our mission is to make sure that that literary heritage is not just a part of the past, but is an active, vital, and ongoing thing here today.”

Adrienne Raphel is the author of Thinking Inside the Box: Adventures With Crosswords and the Puzzling People Who Can’t Live Without Them (Penguin Press, 2020) and What Was It For (Rescue Press, 2017). She is currently a lecturer in the Princeton Writing Program.

(Above: Elizabeth Bishop seated on the back steps of the house near a sea grape tree, circa 1938. Credit: Louise Crane and Victoria Kent Papers, Beinecke Rare Book Room and Manuscript Library, Yale University)
Correction: An earlier version of this article incorrectly stated the town where Elizabeth Bishop was born. Bishop was born in Worcester, not Worchester.

Telling Stories in the Sunlight: A Profile of Judy Blume
by Kevin Nance | Feature 7.1.15

Her books, for readers of all ages, have been published in thirty-two languages and sold more than eighty-five million copies worldwide, but Judy Blume, whose new novel, In the Unlikely Event, was published by Knopf in June, has always...