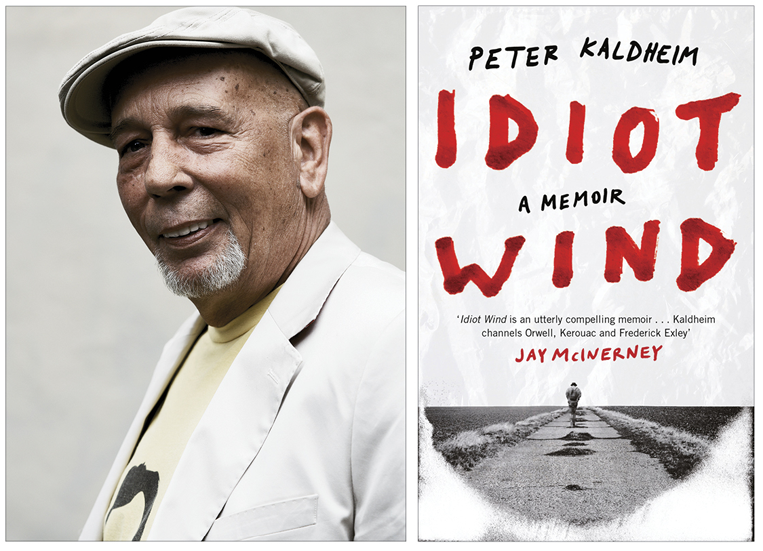 The sun was dropping fast when I returned to the highway, anxious to get moving again before dark. Tallahassee was less than halfway across the Panhandle, and I still had nearly two hundred miles to go before I reached Pensacola. The first ride I caught didn’t help much. The businessman who picked me up was only going down the road a few exits, to the western outskirts of Tallahassee. I took the ride anyway. I thought maybe I’d have more luck at the edge of town, away from the local traffic. Climbing into his Eldorado Caddy, I felt a blast of cold air hit me in the face and I realised the guy had his air conditioner cranked—a pleasant reminder that I was now in the Deep South and wouldn’t have to worry about freezing out on the road overnight. Or so I thought.

My next ride was longer, and anything but cool. In fact, if I had known how much I’d be sweating by the time it was over I never would have gotten in the car. The lights of Tallahassee were winking on for the night when a beat-up Ford Fairlane trailing sparks from a dragging tailpipe came scraping down the ramp and pulled over on the shoulder beside me. The back door swung open and a Southern voice called out, “Room for one more. Come on, if you’re coming!” What am I getting myself into? I wondered, but I was tired of waiting on the ramp, so I grabbed my stuff and jumped into the back seat beside a blond teenager with a scared-rabbit look in his eyes.

“That there’s Kalvin,” said the driver, twisting around in his seat to introduce me to the scrawny teenager. “Picked him up a few miles back. I’m Virgil and this here peckerhead’s my brother, Sammy,” he said, nodding at the other middle-aged redneck in the front seat. “What’s your name, hoss?” When I told him, he said, “Well, Pete, we can take you far as the Alford turn-off. Then we’re headin’ north to Alabama. Sammy, pass that bottle. Let ol’ Pete get a nip for the road.”

Brother Sammy swung around and shoved a pint of Wild Turkey at me, but I smiled and waved him off. “Shoot yourself,” he grinned. “More for me and Virgil.” Not that the two of them needed it, I thought to myself. The inside of the Fairlane smelled like the business end of a moonshine still. Kalvin’s jittery look was starting to make sense. And it wasn’t long before I was wearing that same look myself.

Virgil stomped on the gas, and the Fairlane fishtailed off the shoulder in a clatter of gravel. We shot out onto the highway, with the crazy redneck steering one-handed and the tailpipe spraying sparks like a grinding wheel. “Make yourself useful, Sammy,” Virgil barked, once we were up to speed. “Find us some Reba on the radio. Ain’t a party without Reba. And don’t be hogging that Turkey, you peckerhead. Give it here,” he said, letting go of the wheel with his steering hand to snatch the bottle from his brother’s grasp.

With growing alarm, I wondered what kind of show-off game the fool was playing, as Virgil took a long pull from the bottle and let the Fairlane drift rudderless across two lanes of traffic. Why the hell wasn’t he steering with his other hand? That’s when fear sharpened my focus and I belatedly noticed the pinned-up left sleeve of Virgil’s khaki fatigue jacket. I couldn’t believe it – we were crossing the Panhandle in the dark with a one-armed drunk at the wheel. Could this ride get any crazier?

I glanced to my left to see how Kalvin was taking it. The poor kid looked ready to jump out of the car on the fly. I nudged him with my elbow and whispered, “Hang tough, Kalvin. We’ll get through this.”

“In how many pieces, you think?” Kalvin whispered back. Gallows humour. I liked it. The kid had more pluck than I thought. Which was a good thing, because the eighty-mile ride to Alford was a hair-raising test of nerve for both of us. Amazingly, we made it through alive. Don’t ask me how. Only the angels can answer that one. All I know is, the kid and I were wrung out by the time we scrambled out of the Fairlane at the Alford exit and we both agreed to bed down for the night rather than push on in the dark.

While we were scouting around for a campsite in a clover field beside the road, a cold drizzle began falling and the only shelter available was the overpass bridge, so we climbed the steep embankment and lay down head-to-head on the wide concrete ledge beneath the roadway support beams. I nodded out for an hour or so before waking to take a piss, and when I opened my eyes I saw Kalvin sitting up wide awake beside me, hugging himself and shivering with cold. The night air had gotten much cooler after the rain and the kid’s flannel lumberjack shirt wasn’t cutting it.

“Why didn’t you wake me up and tell me you were freezing?” I scolded him. He said he’d been scared to bother me. “Don’t be a dummy,” I said, stripping off my overcoat. “Here, put this over you,” I told him, and when I got back we lay down beside each other beneath my coat. Eventually his teeth stopped chattering and he drifted off. But we’d only managed a couple hours’ sleep before the probing beam of a cop’s spotlight hit me full in the face and woke me up.

“YOU THERE, UNDER THE BRIDGE, COME DOWN WITH YOUR HANDS UP!” the bullhorn voice commanded.

Kalvin woke up muttering and asked what was going on. “The cops want a word with us,” I whispered. “We better get down there.”

Squinting into the bright light, we started down the steep slope, but neither of us could keep our footing on the embankment’s rain-slick paving stones and ended up sliding halfway down the slope on our asses. Which might have been comical if our pratfalls hadn’t landed us at the feet of an Army MP and a county sheriff who were out hunting an escaped military prisoner.

“Either of these two your man?” the local cop asked the MP, but the army cop shook his head. “What are you guys doing under the bridge?” the sheriff asked. We told him we were holing up till daylight before thumbing west to Louisiana. He must have found our tandem tumbling act amusing, because instead of hassling us any further he and the MP just climbed back in their cruisers and drove off to resume their manhunt.

“We got lucky,” Kalvin exhaled.

“Tell that to my tailbone,” I moaned, brushing dirt off the seat of my pants. But both of us were laughing as we picked our way cautiously back up the slope and settled in to sleep off the last few hours before first light.

Idiot Wind © 2019 by Peter Kaldheim. Reprinted with the permission of the publisher, Canongate. All rights reserved.