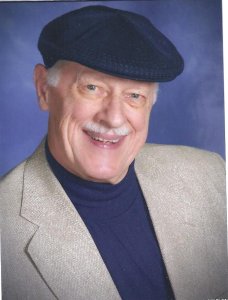 Mark Scheel was born and raised on a farm in rural, east-central Kansas. After graduating from the University of Kansas in 1967, and spending a period "on the road" (as a laborer, construction worker, topographic survey assistant, laundryman, hotel management assistant–and later as a disaster relief worker and retail clerk), he served overseas with the American National Red Cross in Vietnam, Thailand, Germany and England. Thereafter, he took graduate studies and taught English at Emporia State University. More recently he was an information specialist with the Johnson County Library in Shawnee Mission, Kansas. He now writes full time and has served as a volunteer on the editorial staff of Kansas City Voices magazine. His stories, articles and poems have appeared in numerous magazines such as Kansas Quarterly, The Midwest Quarterly, Cincinnati Poetry Review and The Kansas City Star, and he is the author of the monograph Death and Dying: Hemingway's Predominant Theme from The Emporia State Research Studies and coauthor of the book Of Youth and the River: The Mississippi Adventure of Raymond Kurtz, Sr.  His next book, A Backward View: Stories and Poems, won the J. Donald Coffin Memorial Book Award from the Kansas Authors Club in 1998, and subsequent to that the 2015 book The Pebble: Life, Love, Politics and Geezer Wisdom collected 60 of his blog posts in hard copy and is available on Amazon.  (He was a former blogger on The Grant Journal and Scriggler; his new blog can be viewed on Goodreads.com under the heading "Musings of an Aging Author.")  His fiction collection, And Eve Said Yes: Seven Stories and a Novella, was released from Waldorf Publishing in Oct. 2019, and his next book, a photo-illustrated poetry collection titled Star Chaser, launched 29 July 2020 from Anamcara Press.  His most recent book, the novel The Potter's Wheel, released from Clarendon House Publications 27 August 2021.  He is presently a member of the Kansas Authors Club, National Writers Union and The Writers Place as well as a charter member and officer in 5th Street Irregulars writers group and a former member of the Board of Directors of Whispering Prairie Press, 2005-2006, and a Library Liaison and member Board of Directors of Potpourri Publications Co., 1991-1995. His bio appears in the Directory of American Poets & Fiction Writers; International Authors and Writers Who’s Who; Two Thousand Notable American Men; Who’s Who in America; Who’s Who in the World and Who’s Who in U.S. Writers, Editors & Poets. He has conducted numerous readings, media appearances and book signings, 1988-present, including delivering a paper at the 2007 Peaceful Coexistence Conference in Rotterdam, Netherlands, and a presentation titled "Blogging on a Shared Site for Fun and Fame" at the 2016 Kansas Authors Club annual conference. His partial film script, Dark Reprisal, took second place in the Longview Fine Arts Council 1991 Scriptwriting Contest. Other awards include the Nostalgia Poetry Award from Nostalgia Magazine and winner of a Humor and Life, in Particular 2005 Writing Contest as well as anthologized finalist in the Literary Taxidermy Short Story Competition in 2019 and inclusion in the newly released Universal Oneness: An Anthology of Magnum Opus Poems from Around the World and the If It Hadn't Happened to Me anthology.  Most recently his memoir excerpt, "A Bullet in the Night," placed second in the Exisle Academy's 2020 writing competition.  A number of other works are forthcoming in various anthologies such as The Death Project: An Anthology for These Times, and his two most recent books are listed in Steve Carr's prestigious The Book of Books from Sweetycat Press ("A catalog of 129 books and novels of almost every genre written by some of the best emerging writers on the worldwide writing scene today").  Selections from his writings appear on https://mises.org/profile/mark-scheel , dailynewsegypt.com/2012/01/13/akbar-ahmed , Kansaspoets.com, fountainmagazine.com January/February 2008, heliosliterature.com/2014/10/13/the-snow-field/ , and http://kotn.org/poetry/pridyl.html as well as other Internet sites. LinkedIn Web page: https://www.linkedin.com/in/mark-scheel-... .  Facebook Web page: https://www.facebook.com/mark.scheel.1614 .  Amazon Web page: www.amazon.com Mark-Scheel .