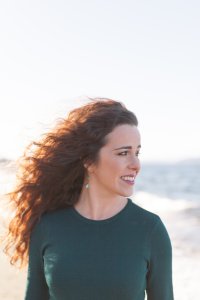 Kristen Millares Young is the author of the novel Subduction, a Paris Review staff pick called "whip-smart" by the Washington Post and "a brilliant debut" by the Seattle Times. Subduction was named a finalist for two International Latino Book Awards in 2020. A prize-winning investigative journalist, book critic and essayist, Kristen served as the 2018-2020 Prose Writer-in-Residence at Hugo House. Her writing appears in the Washington Post, Literary Hub, the Guardian, Joyland Magazine, the Los Angeles Review, The Rumpus, the Seattle Times, Crosscut, Hobart, Moss, Proximity, Seattle’s Child and Pacifica Literary Review. As editor of Seismic – Seattle, City of Literature,  she curated a collection of ten essays to reflect on Seattle's designation as a UNESCO City of Literature. Her work is anthologized in Latina Outsiders: Remaking Latina Identity, Pie & Whiskey, a New York Times New & Noteworth Book, Alone Together: Love, Grief, and Comfort in the Time of COVID-19 (2020) and Advanced Creative Nonfiction: A Writer's Guide and Anthology (2021).

Kristen was the researcher for the New York Times team that produced “Snow Fall,” which won a Pulitzer and a Peabody in 2013. Her stories have been recognized by the Society for Features Journalism, the Society of Professional Journalists and the Society of American Business Editors and Writers. Kristen has been a fellow at UC Berkeley’s Knight Digital Media Center, the Jack Straw Writing Program, and the University of Washington Graduate School, where she was a Graduate Opportunities and Minority Achievement Scholar.

In 2003, Kristen graduated magna cum laude from Harvard College with an A.B. in History and Literature, earning her Master of Fine Arts from the University of Washington in 2012. She teaches creative writing in English and Spanish at Hugo House, the University of Washington Continuum College, the Port Townsend Writers’ Conference, the Chuckanut Writers Conference and the Seattle Public Library. From 2016 to 2019, Kristen served as board chair of InvestigateWest, a nonprofit news studio she co-founded in 2009. InvestigateWest’s reporting led to the passage of a dozen new laws to improve the environment and the lives of foster families, people of color caught in the criminal justice system, health care workers and advocates for government transparency.

Gives readings:
Yes
Travels for readings:
Yes
Identifies as:
Cuban American
Prefers to work with:
Any
Fluent in:
Spanish
Please note: All information in the Directory is provided by the listed writers or their representatives.
Last update: Dec 08, 2020
X