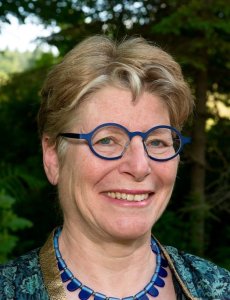 Jan Freeman is a poet and the former director of Paris Press (1995–2018), which is now an imprint of Wesleyan University Press. Her recent book of poems, Blue Structure, nominated for the Kingsley Tufts Award, was published by Calypso Editions. She is the author of Simon Says, nominated for the National Book Critics Circle Award; Hyena, recipient of the Cleveland State Poetry Center poetry prize; and the chapbook Autumn Sequence. She has received fellowships from Moulin a Nef (Auvillar, France), the MacDowell Colony, the Virginia Center for the Creative Arts, the Wurlitzer Foundation, and other artist residencies. Her poems have appeared in many anthologies and journals, including American Poetry Review, Prairie Schooner, The Women's Review of Books, The Southern Review, Bloom, the Academy of American Poets Poem-a-Day, and most recently Plume. She is at work on a new collection of poems, Mobius.

Freeman founded Paris Press in 1995 to bring back into print Muriel Rukeyser's groundbreaking prose work The Life of Poetry. During the next 23 years, she published essential yet long-overlooked literature by women and choreographed educational-outreach programs nationally to educate the public about each Paris Press book and author. Other Paris Press titles include On Being Ill with Notes from Sick Rooms by Virginia Woolf, Open Me Carefully by Emily Dickinson, NBCC award-winning Ordinary Words and Simplicity by Ruth Stone, Solitude of Self by Elizabeth Cady Stanton, Visa for Avalon, Player’s Boy, and The Heart to Artemis by Bryher, Tell Me Another Morning by Zdena Berger, The Bosnia Elegies by Adrian Oktenberg, The Orgy and Houdini: A Musical by Rukeyser, and numerous other works.

In April 2018, Paris Press was acquired by Wesleyan University Press, and the Press’s archives were acquired by Amherst College. She lives in western Massachusetts, where she provides editorial services and manuscript consultations to poets, writers, and publishers throughout the U.S. In addition, she runs the MASS MoCA Ekphrastic Poetry Retreats for new and experienced poets.