In our Craft Capsules series, authors reveal the personal and particular ways they approach the art of writing. This is no. 136. 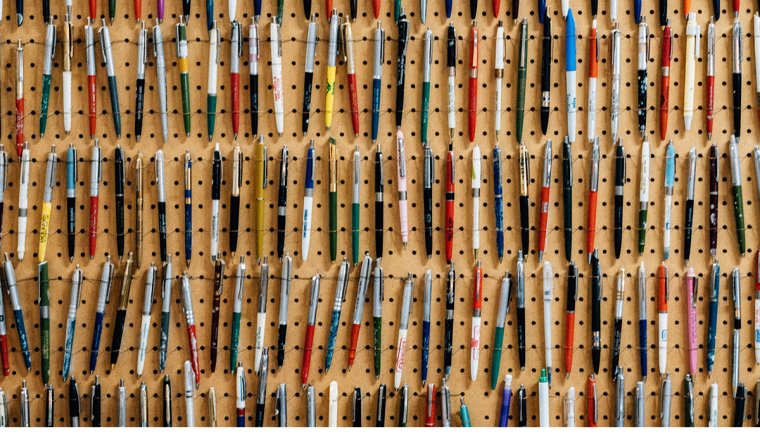 From 1916 to 1919, Edward Hopper painted the same stretch of rocks on Maine’s Monhegan Island multiple times. He rendered those rocks in charcoal, conte crayon, and oils. He sketched and painted, over and over again. Sometimes he was sloppy; he treated them roughly. He rendered the shapes in impasto, thick and heavy. He revealed them in shades of gray, olive green, and other muddy colors. Other times, he drew them with a delicate touch, barely there. Depicted so variously, the very same rocks might produce different emotional responses in the viewer.

I understand Hopper’s urge to return to the same subject. When something has hooked into my mind or heart, I write it into many drafts. I’d like to write one damn good poem on the subject, then move on. But that’s not how it goes.

I wrote more than one hundred poems about my father as he was struggling with Alzheimer’s disease. His memory started to disappear before anyone realized it. Long after we were in the depths of it, I found a card I’d written to him five years earlier, promising that his brain was fine. But he knew he was susceptible. His mother and brother had died of Alzheimer’s. A cousin. Another brother had been diagnosed. A sister.

For three and a half years, I wrote poems that looked at his slipping memory. Or drafts. Or grabbed images of my father’s room, his clothing, his face. A single line could hold a remarkable moment. And in this way, I collected many sweet little realities and some strange and devastating ones.

Like Hopper with his rocks, I repainted my father’s confusion and my exhaustion so often that they weren’t even “rocks” anymore, but shapes, sounds, and sustained moments. I never wanted tragedy. In my poem “Goodbye to Aggressions and Generous Gestures,” the disease is still everywhere, but the poem meshes the peculiar shifts of thought and action through enjambed lines, sharp breaks, and spaces.

Another poem I wrote on the same subject, “Reason Out,” is as full of holes and confusion as the disease is, but by this time in my writing I wanted the mismatched thoughts in an Alzheimer’s patient’s mind to be reflected in the structure I used.

There are so many ways to write about a topic, and the more you write about it, the deeper you can go. I challenge you to write five poems on the same subject you’ve been circling. Write until you discover what was previously unknown, or articulate something familiar in a new way. Or maybe five poems won’t be enough. Push harder. Write more. Allow yourself to try something unexpected: a form, maybe? Come at the subject from another angle. Change the perspective, the tone, the timing. Allow yourself to write what you hadn’t known you could say. Then work to build a rhythm for your words.

Lauren Camp is the author of five poetry collections, including Took House (Tupelo Press, 2020), which received the American Fiction Award in Poetry, and One Hundred Hungers (Tupelo Press, 2016), which won the Dorset Prize and was a finalist for the Arab American Book Award, the Housatonic Book Award, and the Sheila Margaret Motton Prize.

The author of Took House explores the importance of “strangeness” in poetry and offers a method for capturing this quality by combining two different draft poems.

Setting the Table for Your Reader
by Trevor Ketner | Craft Capsules 6.27.22

The author of [WHITE] explores the benefits of writing to a specific audience and the risks of trying to meet the market’s imagined demands.

Revise Like a Painter
by Trevor Ketner | Craft Capsules 6.20.22

The author of [WHITE] considers how writers might take inspiration from visual artists in their approach to revision, pushing beyond surface editing to “see” their work afresh.