In our Craft Capsules series, authors reveal the personal and particular ways they approach the art of writing. This is no. 132. 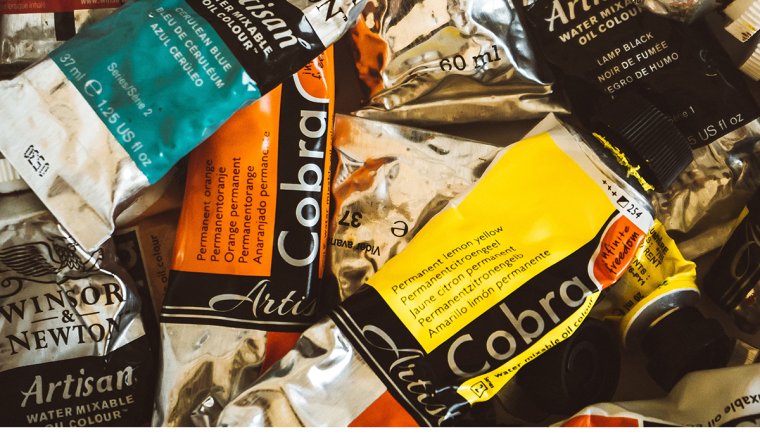 When it comes to finishing our work, I think writers, of all artists, have the hardest time. In large part I think this is because we can so easily edit our writing, on both grand and granular scales. In a Word or Google doc, or on the notes app on our phones, we can poke and prod and fiddle with a piece forever. But this ability to incessantly fuss under the guise of editing can often stop us from actually revising our work to make it better.

It’s useful to remember that the word revision can be broken down into the prefix re—meaning “again”—and the root word vision. To revise, then, requires us to envision, or see, our work again, to find a new perspective. While this idea comes up in pretty much any decent writing workshop, it’s one that has always stuck with me. When I really sit with what it means to see my own work again, I realize that I must find a certain distance from what I’ve made that is difficult to achieve, a struggle I think I share with many other writers.

It’s at this point that I take my cue from our creative siblings: painters. When you look at the oeuvre of almost any major painter, you will find a lot of repetition of imagery and themes across multiple mediums. From quick sketches to more detailed plans for larger works to multiple large works on the same subject or using similar composition, painters quite literally create new visions from existing ideas. They adapt the successful elements of sketches or earlier pieces to draft new works, applying different techniques or perspectives gained during the time that elapsed since they last undertook a subject. Two painters with particularly dramatic approaches to revision come to mind: Edvard Munch, with his painting The Scream, and Claude Monet, with Haystacks.

In the case of Munch, the Norwegian artist created multiple versions of the same composition in different mediums over the course of seventeen years. According to one account, Munch initially composed The Scream in 1893 as a full-color pastel sketch. Later that same year he used tempera and crayon on cardboard to create a second version. Two years later, Munch created another stunning rendition in pastel on cardboard for a friend. He then created between thirty and forty-five lithographs, some of which he printed on paper of various colors and others he completed with watercolors. Finally, in 1910, Munch painted another tempera version, which is believed to be a personal copy he made for himself after selling the 1893 painting. Even after all those versions across all those years, many of us likely only know of one: Munch’s second iteration of The Scream, which is now on display at The National Museum in Oslo, Norway.

Perhaps better known than Munch’s many interpretations of The Scream are Monet’s Haystacks, a series of some thirty different takes on the eponymous subject. As the story goes, Monet observed how the light hit the haystacks in his neighbor’s field in Giverny, France, and he set out to paint two versions of the scene—one when the sun was out and one when the sky was cloudy. However, Monet found that two paintings were not enough to capture all the interesting changes he noticed in the field given the subtle variations in sunlight. Eventually he and his stepdaughter got in the habit of wheeling out (quite literally, in a wheelbarrow) canvases and easels near his neighbor’s field. Monet would observe the weather to figure out which of the many works he was simultaneously painting to continue that day, matching the outdoor lighting with the appropriate canvas. From this repetitive process came one of the world’s most well-known series of impressionist paintings.

Okay, but what can we as writers take away from Munch and Monet? Well, Munch shows us how changes in medium can enrich a composition that is, more or less, the same across versions. Monet shows us how much our perception can change over time, that sustained close observation of a subject can revise how we see it. In my last essay in this series, I advised writers to try a new genre when they find themselves stuck. But Munch and Monet offer ideas for changing things up even within the same genre: What happens if you rewrite a piece using a different tone? What if you change the verb tense? If you’re struggling to write about something emotionally difficult for you, what happens if you attempt to write it as if from a completely different emotional space? What happens if you print out a poem ten times and edit each one by hand rapid-fire, without referencing the others? Or if you keep five drafts going of a poem on the same subject? What happens if you take five minutes a day for a month to write about the same thing?

What I love about painters is that they don’t seem worried about the idea of exhausting their vision. In many ways, they seem to come to each canvas from a place of utter unknowing, even when, as in the case of Monet, what is before them is a field they’ve seen a hundred times. Rather than give up in boredom, they use that creative space to ask new questions of familiar subjects. By revising our own writing from this place of curiosity, of wonder, we can find the right angle to approach a topic and to write about it well—eventually, at least. And even if we don’t today, well, the haystacks will be there again tomorrow. And who knows? The light then could very well make all the difference.

Trevor Ketner is the author of The Wild Hunt Divinations: A Grimoire, forthcoming from Wesleyan University Press in 2023, and [WHITE] (University of Georgia Press, 2021), selected as the winner of the 2020 National Poetry Series by Forrest Gander.

END_OF_DOCUMENT_TOKEN_TO_BE_REPLACED

Freedom From Genre as Freedom to Write
by Trevor Ketner | Craft Capsules 6.13.22

The author of [WHITE] explores how writing outside one’s primary genre can lead to literary breakthroughs.

The author of [WHITE] shares how experimenting with found texts can energize the poetic process and expand a poet’s lyric repertoire.

I Could Not Give Up on My Characters
by Dalia Azim | Craft Capsules 4.18.22

The author of Country of Origin looks back on the fifteen years she spent working on her debut novel.

The author of Country of Origin listens to old-school Arabic music to help her render the mood of Egypt at the dawn of the postcolonial period.