Before it was possible to read a novel on a Kindle, before there were text messages and Twitter, Gertrude Stein said, "I like the feeling of words doing as they want to do and as they have to do." As innovative as Stein was, it might have been hard for her to imagine today's digital landscape of language—where words are invented, reinvented, sometimes recovered or fragmented, and made alive to the culture—and the growing number of online dictionary and language sites, such as Urban Dictionary, Save the Words, and the recently launched Wordnik. 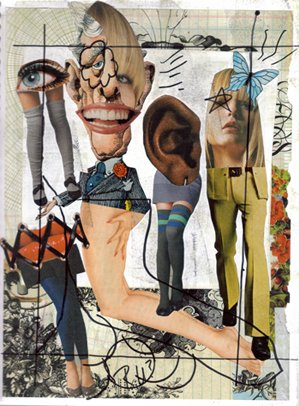 Founded in 2008 by Erin McKean, former editor in chief of American dictionaries at Oxford University Press, Wordnik, which went  live last June, enhances the traditional dictionary experience by allowing anyone interested in the meaning of words to participate in their definition. To supplement Wordnik's catalogue of words pulled from six different dictionaries and thesauri, including The American Heritage Dictionary of the English Language and The Century Dictionary, language enthusiasts can make suggestions for the inclusion of any word among the thousands that are omitted from print resources each year due to space limitations—and even submit invented words for consideration.

In addition to definitions, Wordnik offers users a wealth of unique data, including information about how a word is being tweeted, examples of related words that often appear in its context, and its value in Scrabble points. Like Thinkmap's Visual Thesaurus, another interactive online resource, which creates word maps, Wordnik uses visual elements to offer users innovative ways to conceive of language. Many definitions feature images from Flickr, Yahoo's photo-sharing site, that show how words are used in tags and captions, and also display charts that show how often the word has been used over time.

"We think of Wordnik as part of a language community," says McKean. "And we want to draw [from] sites that aren't thought of as ‘language sites'—like Twitter and Flickr. Wordnik's job is to help you sort through everything to find the information about a word that's most relevant to you."

Wordnik has collected more than four billion words of text from Web pages, books, magazines, and newspapers, which it uses to provide example sentences, audio pronunciations (users are also encouraged to record their own), and statistics on a word's frequency of use. "People need reference works that are dynamic," explains McKean. "Nobody can wait eighteen months just to get a rough idea of what a word means—you want that now," she adds, referring to her estimate of the average amount of time it takes a new word to make its way into a print dictionary. "You can't wait until a word ‘settles down.' You have to show as much data as you can and let users draw their own conclusions."

When asked about her favorite word submitted by a Wordnik user, McKean says she's fond of awesomepants. "Yesterday I found the word quap," she continues, "which is a kind of obscure Italian fish, as far as I can tell." For users wanting a fresh verbal fix, McKean suggests hitting the Random Word button, which she calls "ridiculously addictive. You never know what's going to come up!"

Part of Wordnik's mission is to chronicle the evolution of language, to "show you what people actually do with language, not what we'd like them to do." What people are actually doing with language is also at the heart of Urban Dictionary, an online home for any word with an edge. Started by Aaron Peckham in 1999, the site, whose slogan is "Define Your World," is devoted to slang, catchphrases, and various cultural expressions. "I think Urban Dictionary can be useful because language changes so quickly," says Peckham. "It also doesn't try to be impartial—the definitions are full of opinions and biases. Each word can be defined multiple times."

While it seems there is no lack of linguistic imagination among English speakers, according to the publishers of the Oxford dictionaries, 90 percent of everything written today is communicated using only seven thousand words. That's a little over 4 percent of the 171,476 English words that have full entries in the second edition of the OED—and that figure doesn't include 47,156 obsolete words also included in the edition. In an effort to breathe new life into outmoded words, Oxford Fajar, a subsidiary of Oxford University Press, launched its own linguistic stimulation project: the Save the Words campaign, which allows anyone to "adopt" one or more words that have fallen out of popular usage. On the project's Web site (savethewords.org), users can subscribe to a word-a-day e-mail list, get tips on how to incorporate words like nidifice (nest) into their next work meeting, and create custom T-shirts with their adopted word.

The new online dictionaries and language sites demonstrate a twenty-first-century approach to defining our vocabulary—one that involves direct participation from all the builders and users of language. As popular modes of communication such as text messages and Twitter posts invite more abbreviations, spelling inconsistencies, and slapdash usage, sites like Wordnik are attempting to explore the nuances of language more fully. To use one of the examples from Save the Words, contributors to such endeavors could be considered isangelous—meaning equal to the angels.

We all love words -- this article gives us a succinct way to figure out what's going on on the Web with words. Thanks to Alex Dimitrov for this terrific article. More, please!
Great article! I had no idea either Wordnik or the Save the Words campaign existed -- now I'm pressing Wordnik's random button every other second and trying to decide which outmoded word to adopt. And I can't believe we only communicate using the same seven thousand words -- with these online dictionaries, perhaps we can finally start learning and using a few new ones.

Between January and April, Oxford University Press added 1.5 million public “tweets” to its Oxford English Corpus, a vast electronic database that collects examples of words in context. Among the findings: Language use on Twitter tends to focus...

This month Oxford University Press is publishing the world's most comprehensive thesaurus. The two-volume, 4,448-page Historical Thesaurus of the Oxford English Dictionary is not only twice the size of Roget's version, the current standard...