The Library as Incubator Project

Last winter in Madison, Wisconsin, as political protests in the state capital were escalating, three graduate students were thinking not only about collective-bargaining rights, but also about libraries, the arts, and the future of both. Erinn Batykefer, Laura Damon-Moore, and Christina Endres, first-year students in the library science program at the University of Wisconsin, started talking about the ways in which writers and other artists use libraries as creative spaces, how libraries can help foster their work, and how both parties might work together to support and sustain each other. The students’ answer is the Library as Incubator Project, a website for writers, artists, and librarians to share their creations and ideas in one collaborative space.

During class one day, the aspiring librarians listened as their professor discussed the importance of creative outreach for library programs, particularly at a precarious time for arts funding. Damon-Moore and Endres wanted to figure out a way to help connect libraries with visual and performing artists. Batykefer, having just finished her MFA in poetry, wanted to do the same for writers. Meanwhile, just down the street at the capitol, the challenge was mounting for these sorts of ambitions, as massive budget cuts squelched resources for the arts: The Wisconsin Arts Board was gutted, school arts programs were cut, and funding for the state’s poet laureate program was eliminated. Suddenly the trio’s endeavor seemed much more urgent.

“We’d been excited about the project and believed in it,” says Batykefer, who has worked in libraries since she was fifteen, “but it moved from being a cool idea to a necessary one.”

Last October the Library as Incubator Project website officially launched, quickly attracting visitors and contributors (the site both solicits and accepts submissions of library-inspired work) from Lisbon, Iowa, to as far off as Brisbane, Australia. The stories of writers and artists who have in some way utilized a library in creating their work—whether by doing research there, using cast-off books in installations, presenting their work in the space, or just soaking up ideas from the stacks—are featured on the website alongside their work. Artists are asked to describe how libraries have been instrumental to their craft and how they hope to see libraries figuring into artworks in the future. Librarians share details of archival exhibitions, creative programs, and special events that have taken place at their facilities.

The website highlights everything from poetry, fiction, and nonfiction to embroidery, illustration, and painting and showcases the integral role libraries have played as hosts to poetry slams, readings, writing workshops, live music, theater, and break-dancing competitions, having transformed their spaces into galleries, studios, and performance venues. Madison poet Rita Mae Reese, whose work is displayed on the website, began offering a poetry workshop titled Primary Sources, or, How to Steal Your Next Great Idea From the Library Stacks. The class, which others are encouraged to duplicate in their own library communities, asks participants to wander the stacks and write poems based on source material they happen upon there. The Library as Incubator Project aims to forge artist-library relationships that would support more programs of this kind—both in cities like Madison and in places where arts resources are harder to find—in an effort to cultivate artistic communities around the world.

In an overstimulated age, when inspired contemplative space can be challenging to secure—whether you live in a culturally rich city or a more remote locale—it can be easy to forget that libraries even exist, that there’s a place full of literature, art, reliable resources, and unimpeded quiet available for free—often just a walk or short drive away. But Batykefer and her cohort, along with their creative contributors, are predicting an expansion of the idea of what a library is and does.

“There will be a change,” Batykefer says, “and it will come in the form of community-minded sharing. And that’s the entire basis of library service. It always has been. Freedom of information, and community.”

Librarians revolt against HarperCollins after its decision to limit the number of times a digital copy of an e-book can be checked out and returned.

In June the San Francisco–based nonprofit Internet Archive partnered with several libraries across the country to allow e-book lending, taking the next step toward creating a one-stop online portal for digital reading and offering a hint of the...

Digital Digest: Putting the “Public” Back Into Library
by Adrian Versteegh | News and Trends 7.1.11

When the Google Books settlement was shot down on March 22 by judge Denny Chin, who cited copyright and competition concerns, plans for not-for-profit alternatives such as the Digital Public Library of America began taking shape. 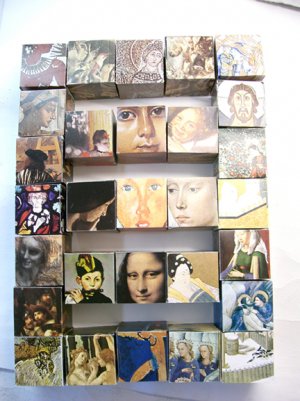 A collection of art, writing, performances, and workshops that have taken place in or been inspired by libraries, as featured in the Library as Incubator Project, a website that connects writers, artists, and libraries from all over the world.
X