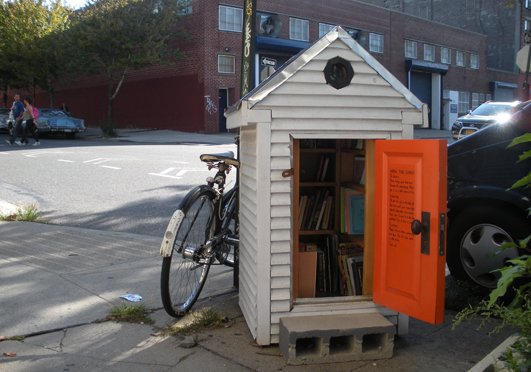 Nice article abouth of the homegrown libraries this part is good These libraries are meant to encourage local exchange and to help neighbors meet, know, and help one another in physical space with issues and interests that matter to them daily, right here and now,” says McMullan. “The Internet is an incredible information tool, but it doesn’t satisfy a need we have for real-space interchange among people.