This week’s installment of Ten Questions features Sharlene Teo, whose debut novel, Ponti, is out today from Simon & Schuster. Praised by Tash Aw as “not just a singular debut, but a milestone in Southeast Asian literature,” Ponti is the tale of three women in modern-day Singapore: Szu, a teenager living in a dark house on a cul-de-sac; her mother, Amisa, once a beautiful actress starring in a series of cult horror movies as a beautiful, cannibalistic monster, now a hack medium performing séances with her sister; and the privileged, acid-tongued Circe. Told from the perspective of each of the three women, Ponti explores the fraught themes of friendship, memory, and belonging. A Singaporean writer based in the UK, Teo is the winner of the inaugural Deborah Rogers Writers’ Award, the 2013 David T. K. Wong Creative Writing Fellowship, and the 2014 Sozopol Fiction Fellowship. Her writing has appeared in publications such as Esquire UK, Magma Poetry, and Eunoia Review. 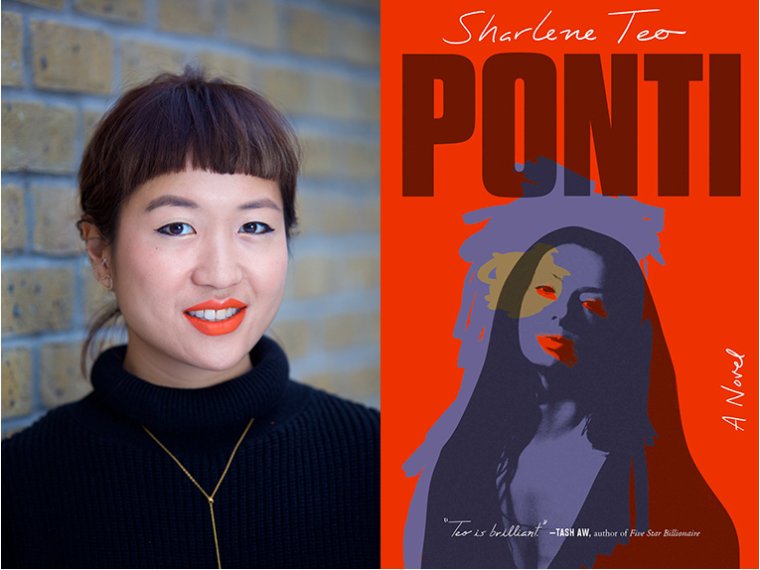 1. Where, when, and how often do you write?
I write mostly at my desk, at home. Thinking best in the morning before the weight of the day and the effluvium of social media and the news cycle settles in. When I’m in the middle of a project I’ll work on it whenever I can. In between projects, or struggling to finish something unpleasant before I can get back to fiction writing (like now), I make cryptic notes that I have trouble decoding later, as often as I can. But I read all the time, which I think is a form of thinking novelistically.

3. What was the most surprising thing about the publication process?
How gently collaborative it’s been. My editors were exacting but never didactic. Postpublication, my publicist is a life buoy. And everything is out of my control since I handed in the final edits, including (this is hard to let go of) how people respond to it.

4. If you could go anywhere in the world for a writing retreat where would it be?
A really high-tech underwater retreat somewhere in the Pacific Ocean where you can see whales and jellyfish through the glass but any time you like you get taken back up to the surface to crystalline beaches. The food would be really good, fresh seafood, and everything would be sustainable and not exploitative in any way and there would be plenty of pasta available too.

5. What are you reading right now?
The Woman in the Dunes by Kobo Abe. It’s claustrophobic, terrifying, and has incredible narrative momentum. I know it’s been adapted into a film already, but right now as I read it I’m imagining it as a psychological thriller codirected by Kiyoshi Kurosawa, Jonathan Glazer, and Alfred Hitchcock.

6. Who is the most underrated author, in your opinion?
Mary Gaitskill. I feel like she’s always been fearless, way ahead of the curve.

7. Where did you first get published?
It must have been in a creative writing anthology in Singapore, for teenaged poets.

8. What is the biggest impediment to your writing life?
My crippling self-doubt and imposter syndrome. My Eeyorish tendencies. My over-analysis and constant need for approval and comparison.

9. What trait do you most value in your editor or agent?
Their perceptiveness, empathy, and patience.

10. What’s the best piece of writing advice you’ve ever heard?
The Anne Lamott classic: The first draft is the down draft; get the words down. The next draft is the up draft: Fix it up, somehow. Or also (I forgot where I heard this from) to doubt yourself means you’re on to the right thing. I find that reassuring.

“It is a terrifying process to release your literary babies into the world, where anybody can say anything they want about them.” —J. M. Holmes, author of How Are You Going to Save Yourself